Chefs Weigh In: The Value of Starred Reviews

Share All sharing options for: Chefs Weigh In: The Value of Starred Reviews 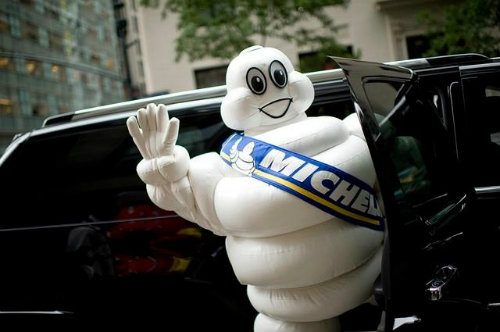 At the beginning of the month the Los Angeles Times announced that it would no longer be using stars in its restaurant reviews; the move coincided with the news that writer Jonathan Gold would be joining the paper. In the aftermath of the announcement, critics from all over the country weighed in, and ultimately, the majority seemed to be pro-star. But what about the chefs? Does losing starred reviews mean that people will now actually read a review and get a fuller idea of a restaurant, or are stars essential for motivation and business?

With that in mind, we asked five chefs in major food towns across the U.S. to share their reactions to the news and reflect on the importance — or potential insignificance — of starred reviews. Here, now, Christopher Kostow (St. Helena, CA), Linton Hopkins (Atlanta, GA), Barbara Lynch (Boston, MA), Michael Cimarusti (Los Angeles, CA), and George Mendes (New York, NY) take on the question. 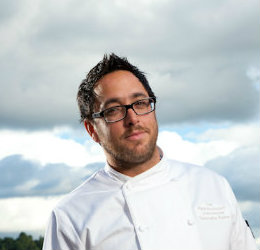 It's not necessarily a bad thing that some restaurants in some cities won't be getting stars anymore. Provided that there's an articulate voice that's explaining very well the nature and quality of the restaurant, I don't think stars are absolutely necessary.

I do believe that ratings and rankings, even if they may be artifices, are effective in creating competition. In the end, competition is great — though not totally necessary — for the chef, diners, and cooks to create an environment of excellence. In those cities with the stars, you tend to find a greater degree of competition amongst chefs. When I started out, for instance, I worked in a smaller market without that culture, and most talented chefs would just end up leaving.

Again, there's nothing inherently wrong with dropping the stars, but I do worry that maybe we're becoming a world of Wikipedia. What I mean by that is that when it comes to media in general, we all long for a voice of reason and an arbiter that is beyond just who is yelling the loudest or whose name is most widely known. For example, the New York Times is seen as one of those arbiters, and I believe the stars have something to do with that (this doesn't mean that the stars are necessary in every case, though). And as much as certain chefs or media may hate on Michelin, I think every chef, deep down, understands the validity of it. 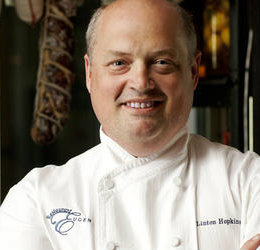 That was a big move on the part of the Los Angeles Times, and as is pretty clear these days, newspapers have to make some big moves to stay alive and succeed. I'm basically on both sides on this one.

Coming up the ranks, there's always a metric that is your goal — in New Orleans it's the five beans, if in a Michelin town it's the three stars, and of course, the New York Times review, etc. As a chef, I'm uncomfortable looking at what I do summed up in a couple of stars, but I do like the system as a goal; it resonates and crystallizes vision within a team.

I feel like there will always be outlets and places with stars and similar metrics, but we need to make sure there are places for thoughtful writing where there isn't a push for traffic or to sell papers. Look at A.J. Liebling, who never starred reviews. That's someone who loves restaurants and is going to talk about the tattered menu and make you realize that the flaws can actually make the place. With a starred review, the standards can be a little narrower.

When Gourmet used to write about restaurants, they didn't have stars, yet it wasn't fluffy. It was very personal, and they'd write about the restaurant and its flaws, yet they never made the move of saying "let me put this symbol on here to let you know exactly where I stand." Also, how can you rate Per Se on the same level as an ice cream shop? The key problem here is that it's very hard to deal with different categories within a star system. I remember when I was at the Windsor Court in New Orleans and we had a 29 on Zagat (which was meant to be more democratic and used an exact number). But Hansen's Sno-Bliz had the same rating.

Also, I think the game to get the stars can bring out some pretty bad behavior from people, and overall, it's sometimes odd to reduce something so important, that involves so many dedicated people, to a metric. That's why I like film reviews, for example, that don't have a star rating. You have to read the piece and understand that there can be nuanced assessments. 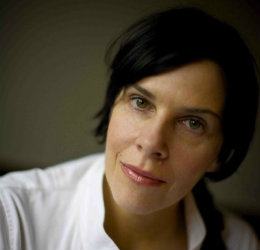 I like the stars and I can't believe they dropped them. It's a crucial boost for a restaurant.

What I do have trouble with is a fine dining restaurant being reviewed with the same metric as a casual spot or a sub shop. They are different entities, and it's hard to accept that a certain place can get four stars or something like that because it's excellent for what it is or because it achieved what it set out to do. But I don't think that warrants dropping the stars. I just believe that newspapers should work on categorizing or codifying a little more, so that the stars mean something and you avoid seeing a place whose ceiling isn't to code and doesn't have air conditioning getting the same rating as a white tablecloth place with fine china and people in the kitchen who are going for something very different.

Flaws and all, stars give chefs something to strive for and I hope it doesn't become a trend for outlets to drop the metric. 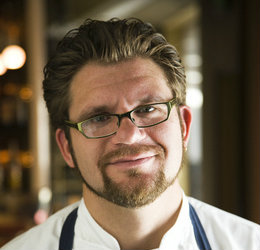 The best news for Los Angeles — and for the L.A. Times — is that Jonathan Gold is going to be writing for the paper of record. In my opinion, he's the best food writer in the country, and I think people outside of L.A. will want to read him more and more.

The move to drop the stars is significant. Michael Bauer had the interesting point that it was a cop-out to not sum it up with a rating, but then other critics wrote that if you can't get an idea of how they like a place from a thousand-word review, there was a problem. I can see both sides of that issue. But overall, at least in Los Angeles, I don't think people make calls about where to eat or declare their favorites in the city based on stars. It's a different market. If you talk about the best restaurants in L.A., people are very often going to talk bring up ethnic restaurants and off the beaten path places.

I will say, as a chef, that it's nice to see the stars and get a clear answer — whether it's positive or negative. But at the end of the day, all we really should care about is getting a review that encourages guests to come. 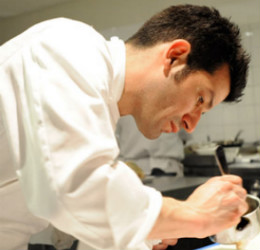 Being both a chef and a business owner, the answer has to be that "yes," it does scare me in some ways.

First off, I think the stars have a strong ability to catch the average reader's attention in ways you can't with just a block of text. Then, you have to consider that a positive starred review is a big boost to a place when it's starting out. A chef may be unknown, the restaurant could be in a far-off, inconvenient location, and the boost of the stars could attract attention.

At the same time, I think there are restaurants that are review-proof, of course, and will do well no matter what's written. But when it comes to the more focused, chef-driven, or authorial restaurants, I think a starred review is beneficial. A review that reads positively is always going to put people in the seats, but in my fifteen years in New York, I've seen what stars can do for a restaurant.