Over the weekend, actress/culinarian/professional rich person Gwyneth Paltrow hit up Twitter and called out the New York Times article "I Was a Cookbook Ghostwriter" by Julia Moskin. Paltrow hit upTwitter and Facebook, writing, "Love @nytimes dining section but this weeks [sic] facts need checking. No ghost writer on my cookbook, I wrote every word myself."

Paltrow is the second cookbook author to publicly lambast the New York Times for the ghostwriter allegation. At the very least, the NYT strongly implied that Rachael Ray uses ghostwriters. Last week, Ray denied the claims and told Eater: "In well over a decade of writing recipes... I have not now nor have I ever employed a ghost writer." She also said that she was never contacted for fact-checking purposes.

The article accuses Paltrow, albeit obtusely, of using a ghostwriter for the very quotable cookbook My Father's Daughter 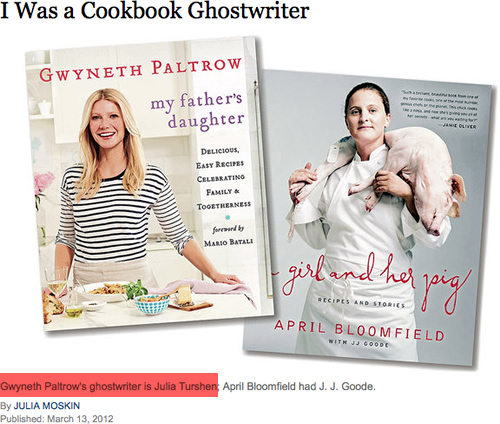 Screengrab of the NYT article.

A photograph of the cookbook is even in the story's illustration. The photo's caption reads, in part: "Gwyneth Paltrow's ghostwriter is Julia Turshen." From the article: "Julia Turshen, who is writing a second cookbook with Gwyneth Paltrow after their collaboration on My Father's Daughter..."

Here's a photograph from Paltrow's cookbook of her posing with the supposed "ghostwriter"/assistant Julia Turshen: 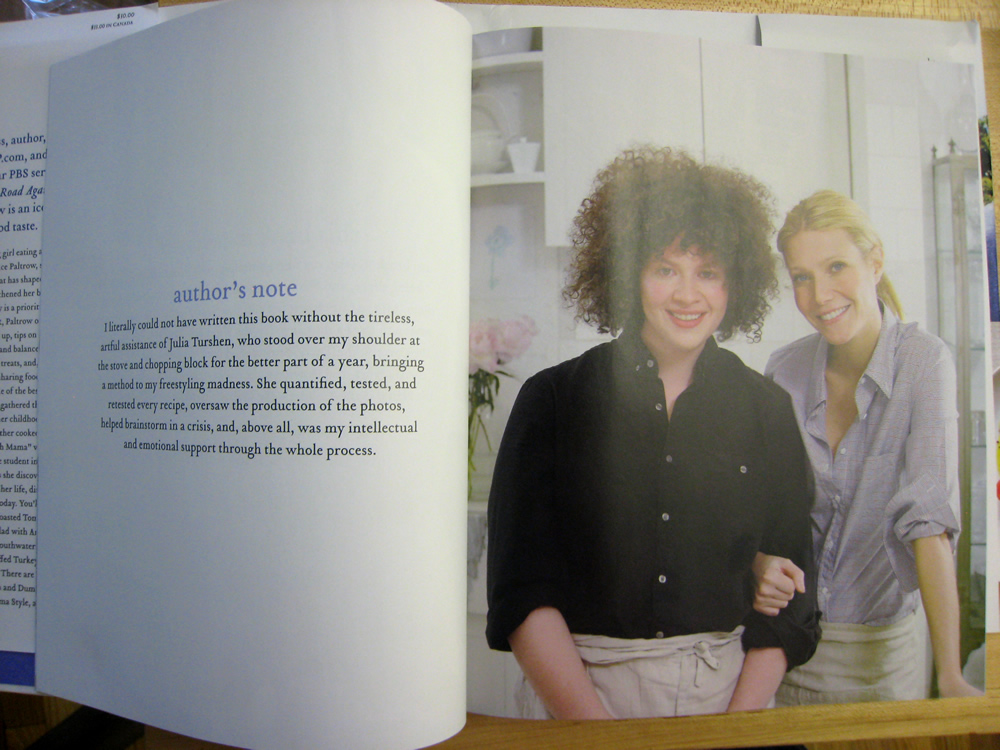 Paltrow writes in her cookbook: "I literally could not have written this book without the tireless, artful assistance of Julia Turshen." Turshen tested recipes and "oversaw the production of the photos." So Turshen might be called an "assistant" or a "collaborator."

It's all semantics, but it's tricky for the NYT to call Turshen a "ghostwriter" without anyone admitting it directly. Turshen apparently spoke to the Moskin and is quoted in the story, but Turshen makes absolutely no mention (on the record) of ghostwriting for Paltrow.

But when Paltrow goes public and refutes the NYT's claims, saying that "facts need checking" — alongside Rachael Ray — there's a pretty good chance that a big time correction to the NYT article is coming.