Chef Rene Redzepi, on the Cover of Time Magazine

Share All sharing options for: Chef Rene Redzepi, on the Cover of Time Magazine 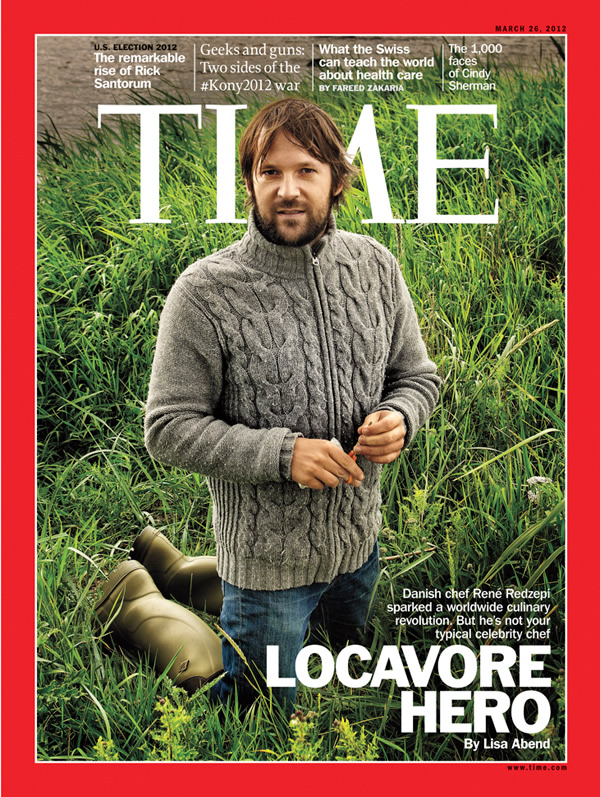 Who's that on the cover of Time magazine in Europe, Asia, and, well, everywhere but the US? Why, it's Danish chef/foraging poster boy René Redzepi in a profile by food writer Lisa Abend. (The article is in the US magazine, just not on the cover.) The cover proclaims Redzepi a "Locavore Hero," while the article discusses his quest to develop a Nordic Cuisine at his Copenhagen restaurant Noma and his ascension to the "role of literal Top Chef" after Ferran Adrià closed elBulli.

It's not all light and fluffy, though: Abend does bring up the accusations of "culinary fascism" lobbed at him from members of the Danish and Spanish press on account of his hyperlocal focus. Of such accusations, Redzepi told Abend the reason he doesn't use foreign ingredients at Noma is not because "we're trying to be a proud nation and exclude everyone else. It's because we're trying to use the restaurant to develop a cuisine where one didn't exist." He added that he uses olive oil at home.

Subscribers can read the full article online. See below for a glimpse of what this week's issue of Time looks like in the US and everywhere else in the world: