Mark Canlis on the Art, Science, and Value of Service

Share All sharing options for: Mark Canlis on the Art, Science, and Value of Service 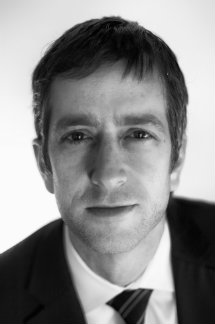 During the South Beach Wine & Food Festival, Mark Canlis, the managing owner of the storied Canlis restaurant in Seattle, agreed to meet me at David's Café on Lincoln Road to have some cortaditos and talk. We originally planned on hammering out an interview on reservations, but Canlis thankfully kept veering away from the granular, meditating on the art, science, and value of personalized service. In part one of the interview, Canlis talks about the restaurant, which he runs with his brother Brian, the importance of having contact with and understanding your customer, and the necessary but "bullshit" trend in dining of caring only about the quality of the food.

Take a stab at describing the evolution of the restaurant over the years.
Peter Canlis opens the place in 1950. Everyone thought he was nuts. There were no investors and people honestly thought, "What the hell is he doing?" It's three minutes from downtown Seattle on one road, the highway, which was a big deal back then.

But he opened it and it went bonkers. The town was just sort of opening up, since between 1949 and 1950 the liquor licensing changed and there were direct flights into the city. Everybody was there: the Rat Pack, the Beatles, everybody from that era. That was the era when I think the front door was made. That's where we get all of our stigma around it, where we get all of our swagger, all off our feeling. The mentality comes from that era.

It used to be that you'd tip on the way in and you didn't have an adversarial relationship with that person. There was a handshake, and an understanding that you were going to be taken care of and that he'd be responsible for that. Who decided he should be a barrier, a wall? Other than the valet, he's the first guy to greet you — or, in the old days, say, "Who the hell are you?"

And Canlis used to have a bit of that?
Canlis definitely had that swagger, and my grandfather perpetuated that. We're talking coattails, top hat, drama. I want to present two sides of the same coin, though: he was magnanimous, irascible, and alive, and in those days people were dining out to experience the energy of the room; he made that room in those days. He was also kind of an ass who didn't struggle with self-esteem. The man dated Sophia Loren, for God's sake.

He died in 1977, and my parents took over. My mom is from the South, and my dad respects my mom a lot. When my grandfather was dying in the hospital, my dad told him that he was probably going to sell it. But the bottom line is that in those days you were married to your restaurant, and he ended up keeping it but doing it mom's way, which was a bit different. She basically said, "Everybody, come in!" They'd accommodate as many people as possible. That was their hospitality.

That was mom and dad's legacy. It was known for service and energy and all that, but after them it had this warmth. But I think it lost some of that exclusivity, panache, prestige, and swagger. At the same time, the restaurant had to be an expression of them. They didn't want a spotlight on them. They wanted it on guests. A painter has to paint the way he wants to paint, and I think it's the same way at the door of a restaurant.

So after my brother Brian and I came back from our trips and time in the military, around 2005, we took over and started looking at these two legacies. Why can't you have those two things, that energy and focus on the guests?

Have you found what you are yet? Are you more swagger or more comfort?
I'd say that it's really a little bit of both, and that we've found it but will continue to develop it as time goes on and we change ourselves.

I was supposed to talk to you today about reservations for the Tough Doors series on the site, so I guess I'll start by asking about something related to that that I think you could have fun with. You take reservations on OpenTable and by phone. Do you have a preference for one? What do you think of restaurants adopting ticketing systems?

I would prefer that people not use the internet, even though OpenTable and Urban Spoon are great. If you think about it, if you're coming in and it's a special occasion — it usually is at Canlis — are you really going to trust that to 110 characters on a website? It's impersonal.

Look, my job is to serve you. I have 90 employees and we only open six times a week, for about five hours at a time. That's not much of an opportunity for an entire entity to understand somebody, sort of get inside of their head, and actually serve them. I'm not saying service you. I'm saying understand you and do something that works for you. You cut me off at the knees by making a reservation online. If that's how you want it, then of course, that's fine. You will have your space and I won't be in your face. But what cracks me up — well, actually, it's sort of sad — is that I'll read a message on OpenTable that says, "Please! This is a big deal for me. Whatever you can do, because I need a great table."

I don't know what a good table is in that case. Are you getting engaged or is this a blind date? Because that's side-by-side or across. Is this a twentieth anniversary or a business deal? It's either the heart of the action or the corner in those cases.

So you definitely encourage people to call the restaurant?
Hell yeah. I am paying someone full-time to listen, talk to you, and ask, "How can I serve you?" My reservationist is awesome. She is expensive, I'd love to not pay her, but not having her would kill the feel of this restaurant. You get Canlis the minute we pick up the phone. You hear the voice, the way she talks to you, the way she listens to you, and you have an expectation in your mind, ticking down to when you are having dinner. Everything she hears, everything she feels, she types it during the phone conversation. That is key. It's magic.

Then how do you come into the picture?
I'll read those notes later on and interpret them, because it's about someone I've never met. Then I'll have like sixty seconds to figure out if I was spot-on or totally wrong.

So, your hostess, who everyone thinks is just a good-looking bimbo, is actually maybe the most important part of the restaurant. She has to be so emotionally mature and aware, because she is feeling from the get-go what is happening. She'll see the way a guy opens the door for someone. Did they come in together? Separately? How are they dressed? Are they nervous? That's what she is thinking about and needs to pass on to me to process.

I then think about the table, the server, the situation. Maybe a section is full, but the server there is perfect — it's about quickly assessing and juggling things like that. If you make the reservation online, I'm even more blind-sided. But on the phone, I can ask the simple question, "Why is it special?" If I can't figure it out as a party walks in, I'll definitely ask them to sit by the fire while we set things up. As they wait, I'll see if they are patient, impatient, nervous, comfortable, out of place. I'll figure out if I am going to walk them right through the dining room or around it. If your wife looks wonderful and is dressed up for a night out, I'm not putting you in a corner. If it's a group of four ladies, I'm putting them smack in the center of the room, since it's their night out. All of these things run through your head, and I really could use as much information as possible in advance.

The only way that I think reservations online are better — and I don't want to knock OpenTable, because it's a sweet deal — is if it's 3AM and you want to secure a table right then.

You seem to think that the way people look at the maître d' these days is completely different.
There are monthly meetings where we work to make sure that people end up at the right table. The idea that the maître d' is now a barrier, someone you need to just get through, is crazy to me. No, he is the one running the restaurant. He wants to serve you and set you up with the perfect evening. He wants you to win!

People aren't really spending that much money, and value these days is measured by how time is spent. If you really think about it, Canlis and some middle range restaurant are basically the same price. My appetizers are going to be $2 to $4 more, same goes with my desserts, and my entrées are maybe $10. My wine is priced the same, strategically. So what's the difference between me and a run of the mill spot? $15 or $20 a person? $30 if you get foie gras? You don't get those three hours back. It could be the only night out you have with your wife, because you have three kids. If the servers don't get that...

Something that has come up in discussions I've had with chefs is this recent notion that the only thing that matters is the quality of the food. Service can be lackluster if the kitchen knocks it out of the park What are your thoughts on that?
I think that's a trend, the idea that "I'm so foodie that I don't even care. You can shit on me, as long as the food is good." You know what? I don't buy it. I don't see that as enduring or true. What does that grow to in the next ten years? How would that concept blossom? Will service not even exist and we'll just have awesome meals delivered to our doors? There's no place for that to go.

At the same time, I do think that we needed a hyper-focus on food in the last ten years or so to get it where it should be. I praise that and I love it. I hired a brand new chef three years ago for that reason. The pendulum just needed to swing over there so that the entire spectrum could adjust to what it needs to be. But service isn't going away.

Tomorrow, in part two, Canlis talks more about the "I'm so foodie that I don't even care" trend, restaurants that claim to not be for everyone, and how you can provide quality service without being fake.