Washed Out on the Constant Quest For Grits

Share All sharing options for: Washed Out on the Constant Quest For Grits 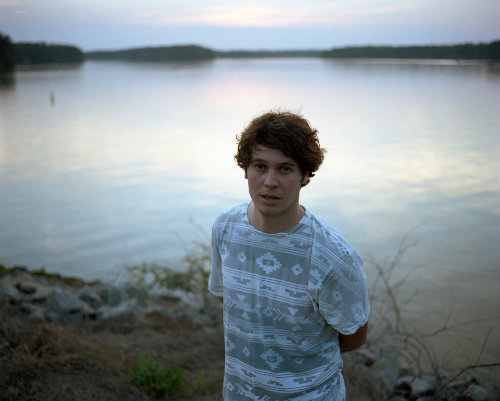 It was surprising to hear a woman's voice answer what I had reliably been informed was Ernest Greene's phone. When I asked to speak with him and mentioned that this was the appointed time, the voice continued: "Ernest doesn't cook, so he begged me to do the interview. I'm his wife." And so it quickly became an interview with Blair Greene, the woman who met Ernest in college in Georgia and now, as keyboardist in Washed Out, helps her husband ride the chill wave better than almost any band out there. In the conversation we had, the gregarious and gracious woman talked about all the rich food the couple eats in Atlanta and Athens, the meals they cook at home, and how they strategically eat on the road. Here it is:

What's the last good meal you had?
Highland Bakery in Atlanta is the place I have to call out, for their shrimp and grits.

Tell me about the grits.
This is a delicacy here in the south, and finding good grits is a big deal. It's so rich, hefty, and with a hollandaise sauce on the top. They serve it with a jalapeño bread. You can't order it all the time, but for special occasions, it's absolutely delicious.

What other places do you like in Atlanta, where you are based?
We love this Vietnamese place down the street from us called Soba, for their pho. We always get the pork spring rolls as an appetizer. We always take friends and relatives there when they come to visit.

There's a little pub, also nearby, called Earl. It's a venue, as well, so bands play there. They have really good food: nachos, a wonderful black bean burger with salsa verde on top that we get frequently. We go to Earl all the time.

Any other spots?
I can give you a couple in Athens, since we both went to the University of Georgia. That's where we met. We still go there quite a bit.

Go for it!
In Athens, we love a Mexican place called Agua Linda that does amazing burritos. Ernest loves them, but I do the tacos.

A great spot is Last Resort Grill, which is a bit on the pricey side. But the menu is top-to-bottom delicious.

What kind of food do they serve?
They have a variety of things: steaks, fish, great desserts, cheesecakes, stuff like that. My favorite there is the praline chicken, which has a sweet sauce on top with pecans.

That sounds wonderful and bad for you.
I think all the foods I'm mentioning are super rich. They also have a delicious ham and grits. I just mentioned grits, but who cares. But like I said, finding a good plate of grits is a wonderful thing.

What about bars?
In addition to Earl, there's a placed called Star Bar that's very kind of underground. Lots of bands play there. We love it there and spend much time there.

Do you guys cook at all?
Ernest doesn't really cook. He grills some. I'm the one that cooks, at least when we're home. I grew up with my dad cooking and experimenting with recipes.

What do you like to make?
The favorite thing for us is really simple: spaghetti. I'll do it with a meat sauce and some vegetables — zucchini, squash, mushrooms. There's no secret to it. I just do it on the fly, really. Sometimes I'll do penne.

Last night we were watching the last episode of The Sopranos and I did a whole Italian-American meal: baked ziti, garlic bread, and caesar salad. It turned out good.

How about eating on the road?
We use Scoutmob a ton, a program that I think originated in the south. We do use Yelp a little bit, since you get tired of the Subways and everyday stuff you find on the interstate.

Are there any favorite spots?
The one place that I have to call out is in Austin, Texas. It's called Torchy's Tacos. It's grown a fair bit from the time we first discovered it. There is an ahi tuna taco there that I am obsessed with. I think it's called "Mr. Pink," actually. We're always on the hunt for Mexican food.

Do you pay attention to the music being played in restaurants or do you tend to tune out?
I would have to say that we probably tune out mostly. We're pretty good about being conversationalists, and usually we're chatting about Washed Out. We're always talking business or are with a group of people that we care about. So I have to say it doesn't matter too much.

Any last words?
Not to be corny, but eat good food! Life's too short not to.

· Washed Out [Myspace/Official Site]
· All Sound Cheques on Eater [-E-]