Share All sharing options for: Top Sommeliers on Wine Hotness, City by City

Welcome to Vintage America, a column on the history — and future — of American wine. Every week Talia Baiocchi, author of the Decanted column on Eater NY, will take a look at winemaking from Virginia to Texas to California, to uncover the people, events, and trends that have made America one of the most dynamic countries in the world of wine. 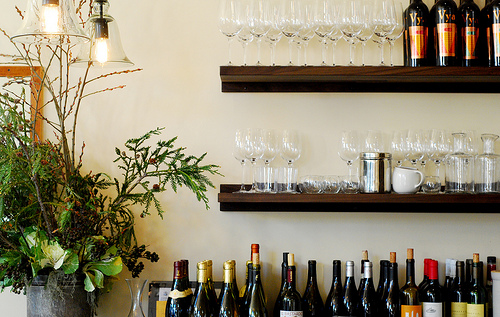 The wine scene in every American city is shaped by a number of factors. First, the importers and distributors dictate what the city's sommeliers and consumers drink. For example, Miami's market — as sommelier Eric Larkee explains it — is very much a product of its role as the "gateway to (and from) South America." You could fuel a cruise line on the amount of malbec there. In Chicago, the culture of distribution has meant higher prices on wine than you might find in other major cities, which has long made the job of the sommelier there a bit more challenging. But the wine culture of each major city in the U.S. is constantly evolving as wine becomes an ineradicable feature of dining out.

So we decided to check on the state of things in four American cities by speaking with a few key sommeliers. To do the honors we tapped: Miami's Eric Larkee of The Genuine Hospitality Group; San Francisco's Paul Einbund, formerly of The Slanted Door and Coi and now the current consulting wine director at Frances; Chicago's Master Sommelier Alpana Singh of the forthcoming Boarding House; and New York City's Pascaline Lepeltier of Rouge Tomate. 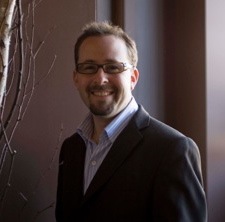 What do you think makes San Francisco's wine scene unique? When I travel to other cities they talk a lot about competition. I remember Raj (Parr) telling me that when he was at 5th Floor, one of the somms at Aqua opened something he wanted him to try and got in a cab with a glass of wine, took a cab to 5th floor, dropped off the glass and got right back in the cab. That's San Francisco. It's not about hoarding or hiding in order to say, "I know this wine, you don't" It's about sharing. Because of that you see love affairs and movements that spread quickly and I think that's a good thing.

Any new wine lists you find inspiring/are moving the city's wine culture forward? I think what you're seeing here is a larger movement in the dining world. My movement from a place like Coi that had an 11 course tasting menu and a bunch of $600 bottles of Burgundy to a place like Frances that's serving high end food at a mid range price point with house wine on tap for a $1 an ounce is indicative of the change. The city is more about labor-intensive small lists. Lists like ours at Frances, like David Lynch's list at Cotogna, Flour + Water's and Bar Tartine's are really small but they're packed with great stuff. But on the flip side of that you have lots of young somms running these small lists, which are really hard to assemble well and there are a number of lists that are put together to impress another sommelier, rather than the guest.

Favorite lists in the city? The Slanted Door It's one of the nerdiest lists in the city – maybe the country – because it is focused so hard on Austria and Germany. RN74 because not only is it the thickest list of Burgundy around, the rest of the list is really like it's own separate list. You sense that nothing is there that Raj & Erik didn't absolutely have to have there. I haven't been in awhile but Andrew Greene put together a great program at Spruce with this awesome list of Madeira at really good prices. Lastly, Bar Tartine is one of the most exciting restaurants in SF and Alex Fox put together this list that always has something I really want to drink and that's coming from a jaded old wine director. 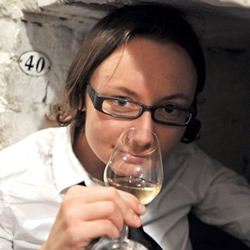 What do you think makes NYC's wine scene unique? The melting pot aspect of this city translates to the wine scene. Here you have a variety of cultures and socioeconomic classes and you can have a crazy and unique wine experience at any price point. There really is something for everyone here. You also have wine professionals that are more curious and open-minded than anywhere else in the world.

Any new wine lists you find inspiring/are moving the city's wine culture forward?I think it's hard not to mention what people like Paul Grieco at Terroir and Laura Maniec at Corkbuzz are doing by – either via concept or list design – educating the public about wine without being elitist. I also like the lists in the city that take risks and have real personality. I like the lists at the Momofuku restaurants; I like how they've really played around and chosen wines that really work with the food.

Your favorite wine list in the city? Gramercy Tavern

What's missing from the New York wine scene?The only thing missing is a sort of disconnect from the wine itself. It becomes more of a product and less the work of someone in a vineyard and a cellar, despite the proximity of NY vineyards (LI, Finger Lakes). Part of that is New York being a city defined by movement and the urge to keep up with it. The faster we move the more difficult it becomes to connect to the slowness and humility inherent in wine.

As someone born and raised in France, what do you think is unique about American wine culture? I think America's wine culture is unique in the same way America as a country is unique. It's all part of this American curiosity and dynamism and the appetite to do well. 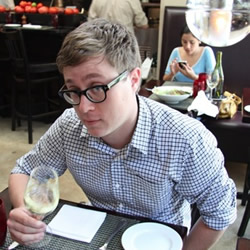 Why is Miami's wine culture/scene unique?
Our culture is highly affected by Miami being the gateway to (and from) South America and wine is no exception. If you think Malbec is hot wherever you are, multiply that exponentially here. Chilean wines also have their audience and we probably have more Uruguayan Tannat on the market than anywhere else. I've even seen wine from Peru and Brazil.

Any new(ish) wine lists in the city you find inspiring? Sustain. Danny Toral has a nice mix and the guys at Pubelly/Barcloneta always have selections appropriate to their food. And I always have trouble deciding which wine to drink at The Dutch; lots of good options there too. More generally, I see a lot of newer lists having a solid focus, and rather than relying on a supplier-driven formula they are selecting wines that fit their cuisine and concept.

Your favorite overall wine list in the city? It's probably kind of lame for me to say the Michael's Genuine list, but that's the truth (if I didn't think that, I'd need to reevaluate the job I'm doing).

What do you think Miami's wine scene is missing? A couple solid stand-alone wine bars, which parallels the need for great cocktail bars not attached to a restaurant.

What has been the most significant recent change in the wine scene? I feel like it is easier to get interesting European wines. There are definitely smaller distributors making more unique wines a focus and even the larger distributors have begun to make non-grocery store wines a focus. Consumers often don't know or don't remember that wine buyers can't just buy wines directly from wineries. The three-tier system makes us reliant on available supply and this supply (in terms of both quantity and quality) has gotten better. 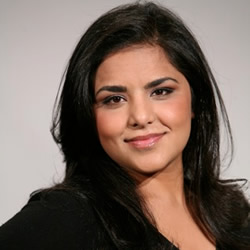 What do you think makes Chicago's wine culture/scene unique from any other city? Our sommeliers and wine directors. From the days of Larry Stone and Joe Spellman at Charlie Trotter's and the late Henry Bishop at Spiaggia, we have always had an amazing pantheon of superbly talented wine professionals that have set the standard for how Chicago's wine culture is defined.

Any new(ish) wine lists in the city you find are moving the city's wine culture forward? The global wine list created by Elizabeth Mendez at the recently opened Vera to pair with her husband's Spanish inspired dishes is a great example. I also really like the wine list at Purple Pig because it's a place where you can enjoy Mediterranean dishes with actual wines from the Mediterranean. I am also delighted to see positive, dynamic changes in our hotel wine programs thanks to very talented sommeliers like Rachael Lowe (The Trump Chicago), Dan Pilkey (Waldorf Chicago) Aaron Sherman (NoMi at The Park Hyatt) and Scott Harney (Eno at the InterContinental).

Your favorite wine lists in the city? With the proper budget you can put together a never-ending list of critically acclaimed and priceless wines but it doesn't mean that the wine list will have a soul. I love what Jeremy Quinn has done with his wine list at Telegraph Wine Bar in Logan Square. It's quirky and chock-full of odd and interesting wines but I feel the purpose and passion behind it and as I make my way through the list, I feel as if I am being taken on a very specific journey.

What do you think Chicago's wine scene is missing? I began my wine career in Monterey, California and the one element from the west coast that I would like to see implemented here in Chicago is a lower-markup on wine. As a sommelier, I see a tremendous opportunity to introduce wine enthusiasts to a wider range of wines if they were priced in a more affordable fashion—say a two-time markup as opposed to three or sometimes four. I understand this is a sensitive topic for business owners and a challenge in getting them to see the benefits of shifting their cost structures but if I'm moving bottles, I have a more satisfied guest and I'm not paying the bank interest on letting my inventory turn into a wine museum.

What has been the most significant change in the wine/beverage scene there over the past couple of years? Technology has completely changed the rules of the game. Consumers have access to more information than ever and restaurants have had to quickly adapt. Even five years ago, social media did not exist the way it does today, not to mention food specific news outlets or apps. Today I have the ability to connect with customers well before they set foot in the door via Instagram, Twitter, Facebook, Tumblr, Pinterest, etc. The relationship with the consumer and the sommelier has become more personal than ever and the connection now extends well beyond the restaurant walls.