Chefs Weigh In: How Do You Deal With Price Hikes?

Share All sharing options for: Chefs Weigh In: How Do You Deal With Price Hikes? 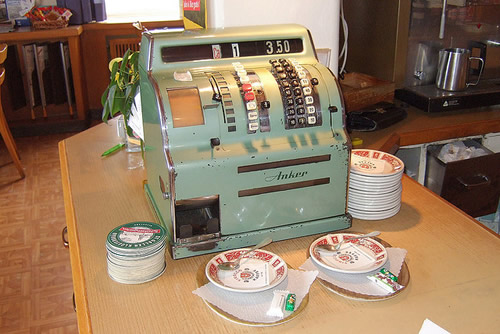 A big part of a chef or restaurateur's job is making tough calls on pricing. With razor thin margins and fluctuating product costs, it falls on restaurants to adjust their prices to ensure a sound bottom line without alienating customers. Perhaps no one follows this phenomenon more consistently than Bloomberg's Ryan Sutton, with his Price Hike blog and Twitter account that track price changes at restaurants (and determine whether they're sound or unfair moves).

With this in mind, we asked five chefs across the country how often they find themselves considering price hikes, how they approach the matter in general, and what sacrifices they may or may not have had to make in tough spots. Here, now, Carmen Quagliata (Union Square Café, NYC), Jason French (Ned Ludd, Portland), Stephanie Izard (The Girl and the Goat, Chicago), Danny Trace (Brennan's, Houston), and Aaron Bashy (The Water Club, NYC) take on the questions. 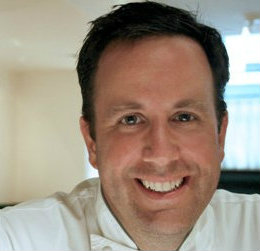 In the last five years, at least from my experience, the very steep rise in food prices has been a big factor in driving this discussion. My main challenges with this have been very recent.

In our case, we won't necessarily raise the price of the item that's killing us in terms of food costs. There may be an opportunity to bump something that is very popular and has a special visual quality to it — like a big bowl of pasta with a meat in it — in order to keep the venison chop or something like that on there. Balancing it is the key, and it takes some strategy.

You may notice that certain areas of our menu are pretty low in price for what we're offering as compared to other restaurants — that's the case with Berkshire pork. So we have a bit of room to raise the prices when we need to.

I'll never make a commitment to a product that I might have to take off the menu because it's hurting us too much in food costs and is going to be unreasonably expensive on the menu. You really have to make it work in advance and navigate what your purveyors can offer. 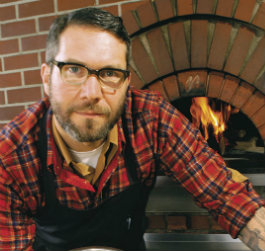 The game of cheffing is the game of perceived value. That was something I learned in culinary school. No one really talks about these sorts of things when they're a prep cook, but the reality of money comes into play when they start talking to you about portion control and food costs and perceived value and how service becomes a factor in the equation.

We opened in the recession and made a very conscious decision to style the dishes to be more comfort-oriented, since that is what people wanted. It was about offering really good value, and I'm happy to say that we've kept things pretty much the same since we debuted in 2008. Our entrées have gone up maybe $3. I know there can be surges in things like dairy products or things like that, but because we have such close relationships with our purveyors, we have all these opportunities to talk about pricing and work things out.

But it's all a challenge, because basically the government makes it really hard to be a small business with factors like the payroll tax. And all of this has to trickle into our bottom line. It's not only a matter of pricing relative to the food, but to the employees, to the dining experience.

But overall, your pricing has to be relative to the experience you're trying to give, and if you're a good chef, you'll find a way to get more value out of the products that you're getting. Outside of some massive shift in the economy, I don't think there are too many things that will bring about huge hikes in prices. And if so, you may need to reconsider your concept. 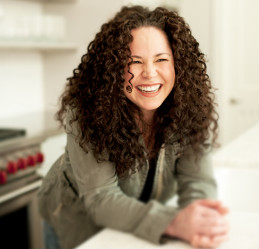 Restaurant: Girl and the Goat, Chicago

We strive to be an affordable restaurant, and because we serve small plates, it tends to work out that way.

We change the prices based on the market. Since we get a lot of things from farms, if the cost happens to go up, we'll change the price by a dollar or two. But I think that we're lucky in that our concept isn't affected that much by a change in the price of a vegetable or protein. Today, for example, I had one of my purveyors come by, and we realized that the prices had gone up on certain things. So we just found a more competitive offer. There are ways of working around it.

If I put something on the menu at a certain price and then end up finding out that it should cost significantly more, we either take it off the menu or find a different, more affordable ingredient that will work with the preparation.

Other times, we're happy to take a hit on our food costs by keeping something great on the menu that is worth more than we charge. One example of that is the hiramasa – we always want to have that on the menu.

We're faced with this problem daily, and that was especially the case when we had the huge drought in Texas in the summer months. We had to make decisions on whether we would be taking the hit or passing it on to the customer. For the most part, we rode it through and decided that the restaurant should carry the burden. The increase on prices is a relatively small percentage, but the thing is you see a big hit at the end of the month.

We did a good bit of shopping, in the sense that we looked really hard to get the possible price on things without diminishing the quality. Certain things, like eggplant, were just outrageous. So you have to look around, switch around vegetables and proteins, and be dynamic.

It's definitely gotten better recently. We're starting to see a lot more rain, fish prices are down, and it's a beautiful thing. 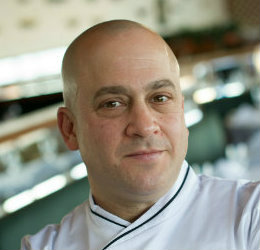 I'm excited to talk about this because over the past three days we've been having an intense discussion over several dishes and their pricing. One of them is dover sole, which is expensive, as we use the fresh kind. Why is it a problem? The price fluctuates every day, and sometimes it costs us $50 dollars to put it on the plate — sometimes I feel bad when I give people their bill for it. What we decided to do is figure out an average of what we usually charge, and then set that as the price. If we make money, we make money, and if we lose some, we lose some.

Because we have so many regular customers, whenever there's a markup, we do give a heads up when they sit down to dinner and are about to order. That's especially the case with lobster and things like that.

Recently we did a price hike across the board with a lot of our steaks, and everything went up about 5%, which is more or less what everyone else has had to do. So far, there haven't been that many comments about it from diners, since we tried really hard to keep it as low as possible. I will say that with premier seafood items like tuna and salmon, we have to hike the price about every season.

Prime rib is one thing this year that I simply decided against putting on the menu because it was just going to be priced too high, so it does happen that I won't put something on the menu when I don't want to charge people too much for an item. What we were going to do with it wasn't going to be that new, so there was no reason to go with it.