Share All sharing options for: Nine Exceptional Omakase Menus Across the U.S.

Here are nine Japanese-inspired restaurants across the United States that offer mind-blowing omakase menus. There are the traditionalists and those that stick to the basics (Naoe in Miami, Sushi Den in Denver), uni auteurs (Soto in New York), luxe show-stoppers (Urasawa in Los Angeles, Shaboo in Las Vegas), and entries from non-Japanese chefs that fall into the category in pretty virtuosic ways (Uchiko in Austin, O-Ya in Boston).

Be sure to nominate your favorites in the comments, and now, to the full list: 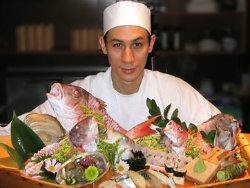 It is strange when one of the best restaurants in the country remains largely unnoticed, even by its local community. That is the case with chef Kevin Cory's NAOE, which for years was located way north of Miami Beach in Sunny Isles but will soon open in Brickell.

This eight-seat bar is about as intimate as it gets, with Cory forming half of the operation — his business card cheekily bills him as "chef and dishwasher." He doesn't delve into fusion too heavily but instead relies on pure flavors and the impact of measured, near-perfect combinations in his tasting menus. You'll get bento boxes with beautiful dishes like a bowl of rice with sardine and portobello mushrooms, or a plate of lightly cooked turnips with ankimo. To top it all off, you can have as much nigiri as you can handle.
[Photo credit] 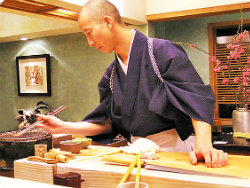 If you go to L.A., are interested in having some of the best Japanese food you'll ever have, and can throw down serious amounts of cash (in excess of $300), you're going to Hiro Urasawa's eponymous restaurant in Beverly Hills.

Urasawa was for a time the assistant of master Masa Takayama, who in 2004 left this space to open bigger and pricier ventures in New York and later Las Vegas. By most accounts, the protegé's restaurant is an able and similar replacement that presents what critic S. Irene Virbila calls "a series of intricate seasonal dishes and traditional sushi that are utterly beguiling."
[Photo credit] 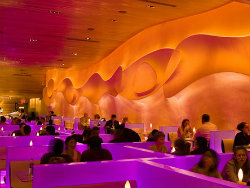 It's been over ten years since the prolific restaurateur Stephen Starr teamed up with Masaharu Morimoto to open this trippy, cavernous, and very clubby Philadelphia dining room, and the passage of time hasn't proven a hindrance to its popularity or quality.

It remains one of the great places in Philadelphia for pristine raw fish and clever composed dishes, and most would agree that if you can do it, go with the chef's choice. Just hope to God that the foie gras chawan mushi, maguro niçoise, and ten-hour pork "kakuni" make an appearance. This isn't intimate, this isn't fiercely traditional. It's just damn good.
[Photo credit] 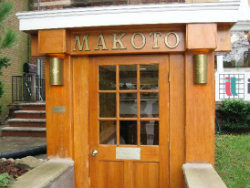 Tiny and serene, Makoto is a place where you trade your shoes in for slippers at the door and the waitresses gracefully attend to your every need throughout the affair. It's been around for over twenty years, and it still owns.

Sit at the wooden counter and submit topune chefs' precise, traditional whims. Many would file this one under "kaiseki," and the composed dishes are a real wonder, but so too is the sushi.
[Photo credit] 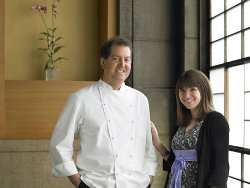 Husband-and-wife team Tim and Nancy Cushman are the duo behind what many would call Boston's best restaurant.

Tim does the food, preparing both omakase and à la carte dishes from a vast menu that's respectful of the Japanese traditions he fell in love with years ago but unafraid of taking thoughtful and effective risks. Yes, you'll get your regular nigiri, but you can also find seared foie gras with chocolate and raisins sitting atop your sushi rice; or you'll find a preparation of grilled mushrooms with soy sauce and a kind of rosemary aioli; or even tea-brined pork ribs with honey and scallion. And so much more.

Nancy makes sure you feel like the most important person in the room.
[Photo credit] 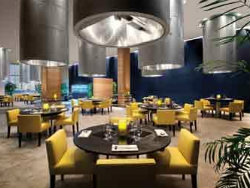 Masa Takayama, who owns the lauded Masa in New York's Time Warner Center, opened a venture in the two-year-old Aria Resort in Las Vegas that somehow manages to exceed the price of his New York temple of omakase. For those that can afford it, it's about as good as this sort of thing can get.

For about $500, the restaurant welcomes you into an intimate but undeniably Vegasy room where the tables are fitted with induction stoves. The kitchen brings out luxe preparations of toro with caviar and all manner of dishes incorporating truffle, and then, it's your turn to prepare the parade that follows. As Bloomberg's Ryan Sutton put it, "It’s not Masa, where Takayama himself cuts the raw fish in front of you and hands you the pristine morsels. But there’s something just as intimate about swishing Ohmi beef through hot stock yourself and letting the meat dissolve into a fatty bliss in your mouth."
[Photo credit] 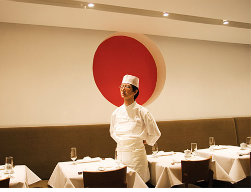 New York is in many ways omakase heaven, and any number of restaurants there could have made this list. But what makes chef Sotohiro Kosugi's restaurant in the Greenwich VIllage so compelling is that it's a relative sleeper, even with two Michelin stars. Because of that — and most importantly, the food — it is one of the more transporting Japanese experiences in the city.

Here, the omakase menu incorporates Kosugi's delicate, precise preparations from the sushi bar, which include dishes like chopped kampachi amber jack with wasabi tobiko, pine nuts, and soy foam. It also features well his wife's killer kitchen dishes, like a pitch-perfect chawanmushi and bonkers plate of uni tempura. The setting is consistently quiet, and they've managed to create an atmosphere that allows the food to shine but diners to have a as fun of a time as they wish.
[Photo credit] 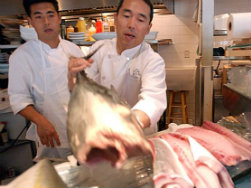 Denver is landlocked, but that hasn't kept Sushi Den from consistently remaining at the top of Denver's best-of lists for nearly thirty years. That's thanks to the brothers Kizaki, who have run the place from the beginning and get daily shipments of product from Japan.

Focus on the straightforward sushi tasting, but there's also a nice variety of cooked dishes — tempura, soba and udon, eggplant and miso — that don't break any boundaries but consistently hit the spot.
[Photo credit] 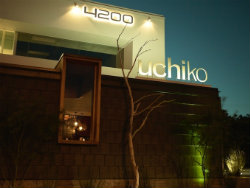 Paul Qui — that guy from this season of Top Chef — is actually probably one of the best cooks in the country, and what he does as executive chef at the sister restaurant of Tyson Cole's Uchi is remarkable.You can order off the regular menu, but the move is to leave it in the kitchen's hands so you can get the full idea of what they're trying to do here.

The basics: an omakase that doesn't limit itself to Japan and draws from Qui's Filipino background and penchant for adventure and street food. Take, for instance, a dish of maguro sashimi with goat cheese, fuji apple, and pumpkin seed, or a preparation of wagyu beef that diners sear themselves on a hot Japanese river rock.
[Photo credit]