Share All sharing options for: The 25 Worst Stories on Eater in 2012

Is 2012 over yet? Some truly vile, cringe-inducing things happened this year. Here are Eater's picks for the 25 worst stories of 2012, arranged in order from kind of bad to truly really bad. (For more, check out last year's worst stories.) Some news is the best, but all the news below is the worst: 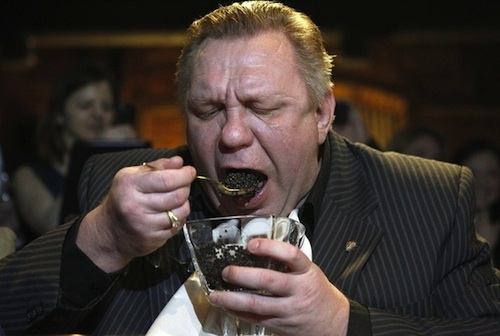 25: A restaurant in Moscow held a caviar eating competition in which twelve "lucky" souls had to eat a half kilogram of black caviar worth $70,000 as fast as humanly possible. The prize for winning? More caviar.

22: Rich people were forced to pawn their fancy wine.

21: The STK line of steakhouses tried to entice women with a sexy lady commercial, featuring all sorts of sexy businesswomen doing sexy businesswomen things like wearing cleavage-y power suits, doing their makeup at the table, and feeding each other steak while blindfolded.

20: Hooters also tried to lure women, but they tempted them with puppets and salads.

17: Chains fattened up America by marketing soda as a breakfast drink.

16: Pizza Hut tried to turn a presidential debate into a marketing stunt and failed.

15: Jamie Oliver recommended servers at his restaurants use words like "scrummy," "slamming," and "wicked."

12: Zagat printed its 2012 guides to Bay Area restaurants with the name of the city misspelled "San Francsico."

10: Gordon Ramsay applied for the UK trademark for "The Spotted Pig," which is, uh, not his restaurant. It's April Bloomfield and Ken Friedman's restaurant in New York.

9: Top Chef host Padma Lakshmi let someone eat ham off her body for $1,000. It was for charity?

8: Iron Chef Cat Cora got caught but was not arrested for driving under the boozey influence.

6: The internet busted a lady for trying to potty train her kids at a restaurant.

5: ABC dumped the sad shitshow Time Machine Chefs, and it was a poorly executed, shameless ripoff of the Top Chef franchise with a twist. A twist of time travel.

4: Lorena Garcia shilled for Taco Bell; they dubbed her a "master chef" and greenwashed the crap out the ad campaign. 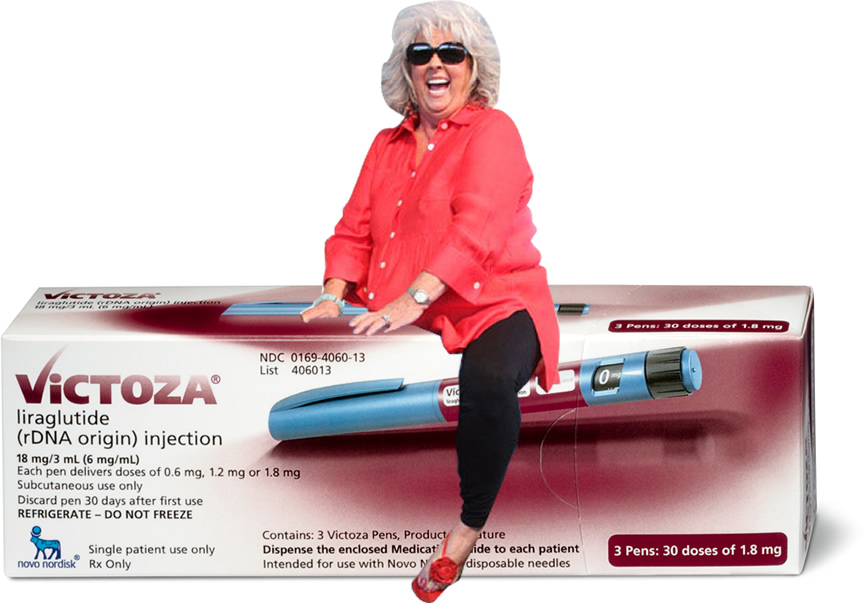 1: Grease queen Paula Deen hid her diabetes diagnosis until she had a big fat pharma deal; she was surprised when "people were kind of mean about it."