Share All sharing options for: Curtis Duffy's Grace, Behind the Scenes, Part Three

This is the third in a series of exclusive behind-the-scenes articles in which Eater talks with chef Curtis Duffy, who is moving quickly towards the opening of his first restaurant, Grace in Chicago. Here now, contributing writer Bonjwing Lee (author of the blog the ulterior epicure) introduces Michael Muser, the restaurant's general manager and wine director. (Read part one and part two.) 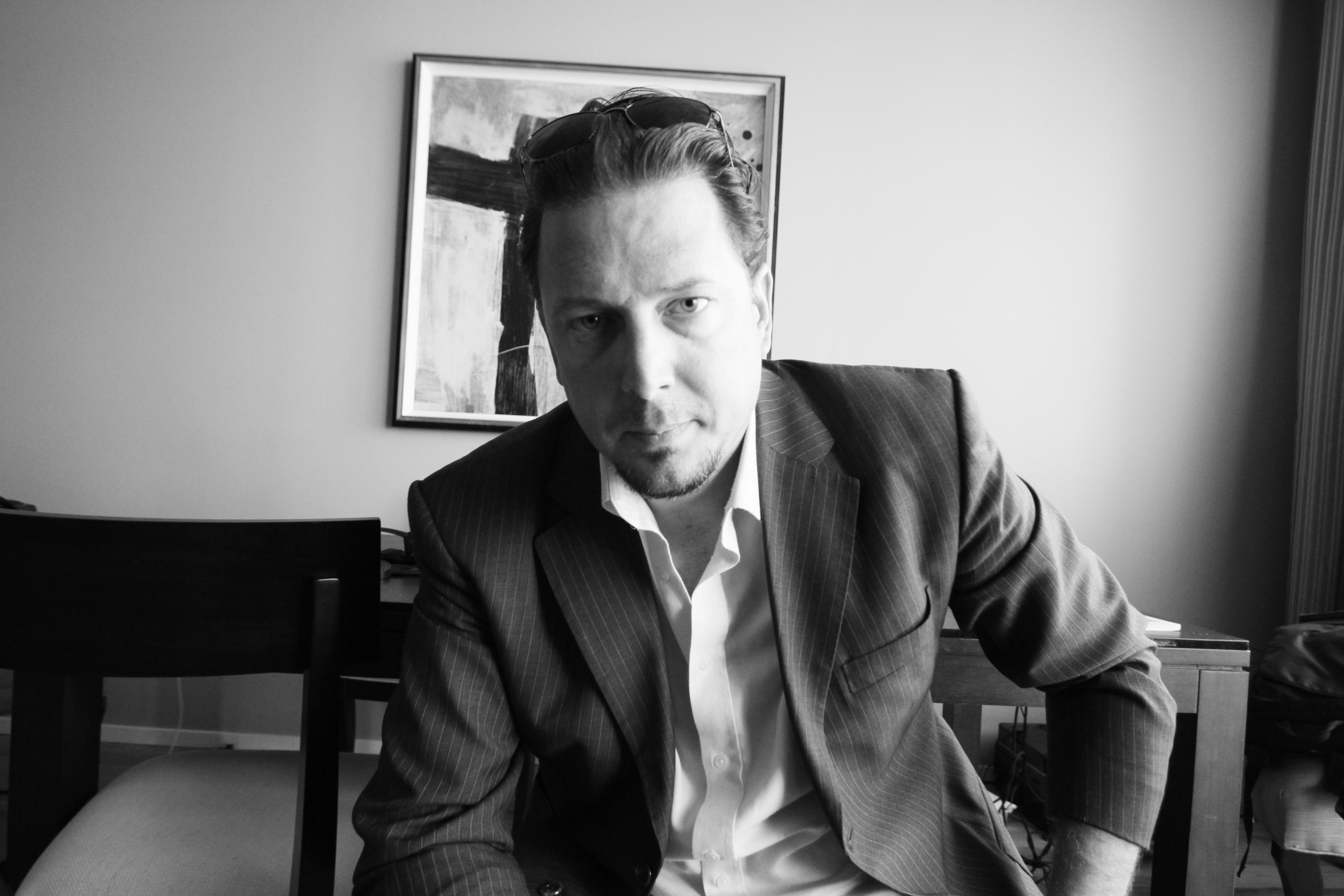 I rarely laugh as hard as I do when I'm with Michael Muser. Muser, as he is known to friends, and I first met when he was general manager and beverage director at the now-closed Avenues in The Peninsula Hotel in Chicago. At the time, Graham Elliot [Bowles] was the executive chef there. And the two, together, were explosively funny.

But, Bowles left, Muser stayed, And Duffy came, forming a new team at Avenues that earned the restaurant four stars from Phil Vettel at the Chicago Tribune, and two from the Michelin Guide.

Three years later, Muser and Duffy are building Grace in Chicago's West Loop, now expected to open sometime at the beginning of November. 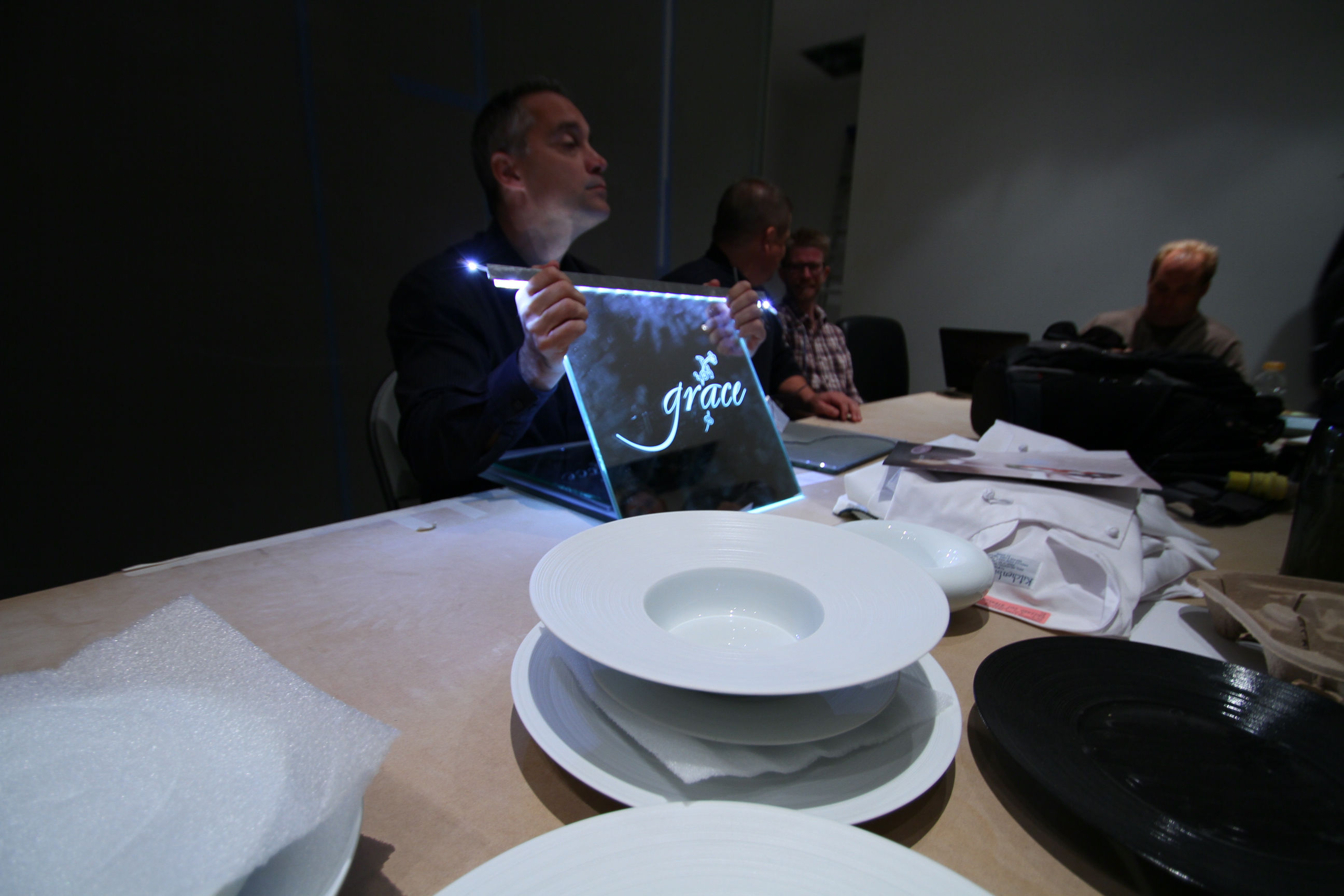 If you know him outside of the restaurant — a booming personality with his cigars and Harley Davidson — it's almost hard to imagine Muser suited up and focused on running one of the most impressive service staffs I've ever seen. It's not that he's humorless in the dining room, but he has an incredible ability to compartmentalize his outside life during service. Like Duffy, he is very serious about his work. And he expects the same of his employees.

Not only is he hiring a staff that has the skills necessary to anticipate and provide for every diner's need, but he also seeks passionate learners, who will contribute to improving the restaurant with their knowledge and ideas. He's looking for a team dedicated to Grace.

"When [Grace's staff members] walk in the door, I want them to leave their outside lives outside," he says. "I want them in the zone. I want them here."

To encourage this, Duffy and Muser are building an employee "salon" beneath the restaurant. It will be used as an education center. Available to employees will be a library devoted to food and wine, as well as a wine tasting station with black Riedel glasses for blind comparisons.

The lounge will double as an employee rec room as well. Stocked with food and drink, it will be outfitted with couches and a television, an XBox, and a communal lounge laptop (which, I suppose could also be used for learning). They're also looking for a Golden Tee arcade set-up, if anyone out there reading has one for sale. 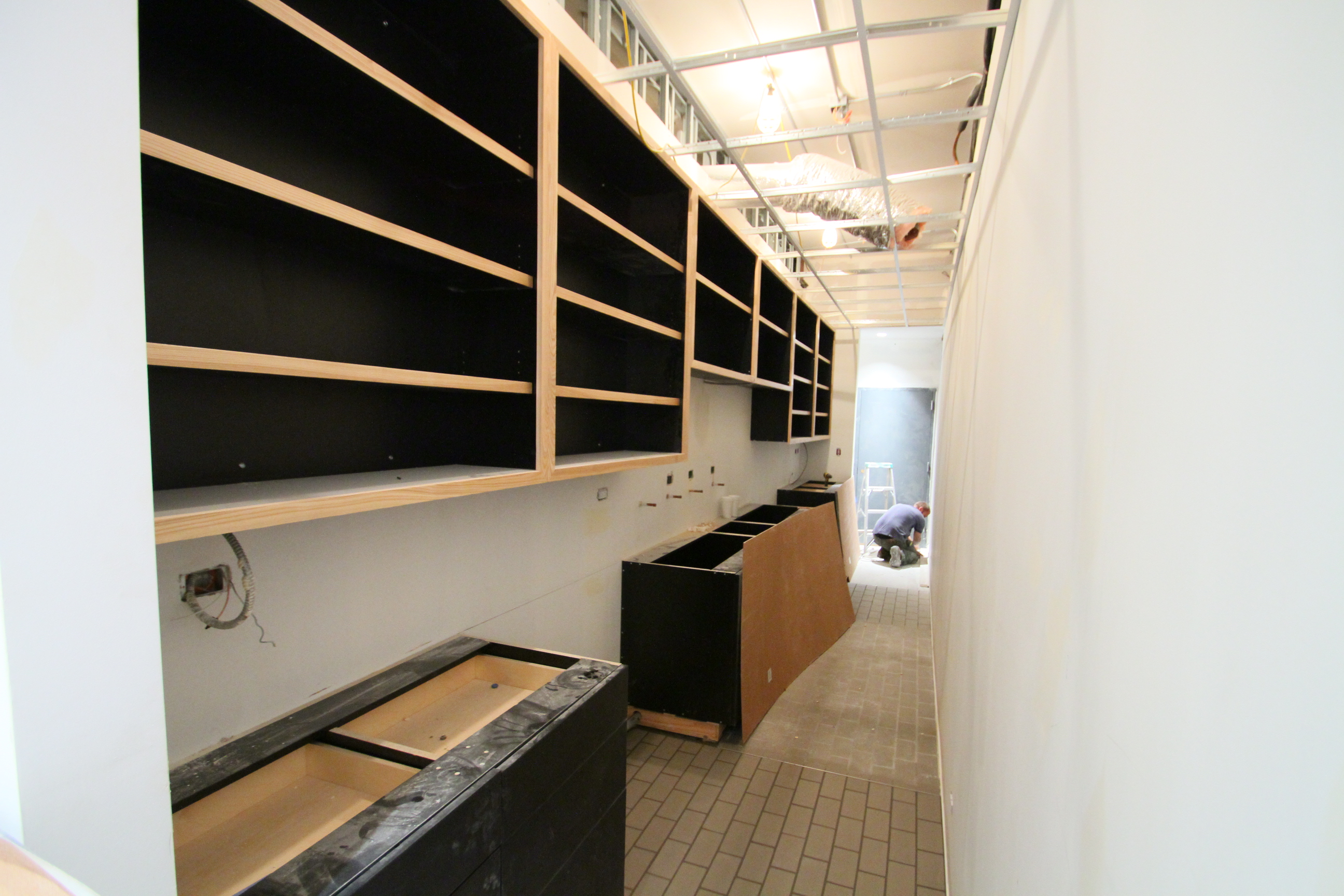 Upstairs, Muser is most concerned with providing a seamless, personalized style of service to the sixty-some guests who will fill the dining room at any one time. To minimize the noise and distraction of service, for example, there will be no service stations in the dining room. Flatware, wine glasses, and all other service items will be kept and readied at one, large service station that runs the length on the other side of the dining room's west wall. In the dining room, servers will only have a couple of water stations outfitted with a special water purification system.

Over the next few weeks, staff members will undergo intense training that will include daily tests. The restaurant's architect, millworker, master carpenter, and kitchen design team will walk the employees through the restaurant to make sure they understand every detail. By opening, servers will be expected to know everything about restaurant, from the food to the fixtures.

It is Muser's expectation that "any guest can ask any staff member about any aspect of the restaurant, and the staff member will have the answer. That includes information about the light fixtures, the carpet manufacturer, chair manufacturer, the type of wood we chose, the sinks in the bathroom — everything." If the service staff is to give personal service, they need to live in the space as if they own it. 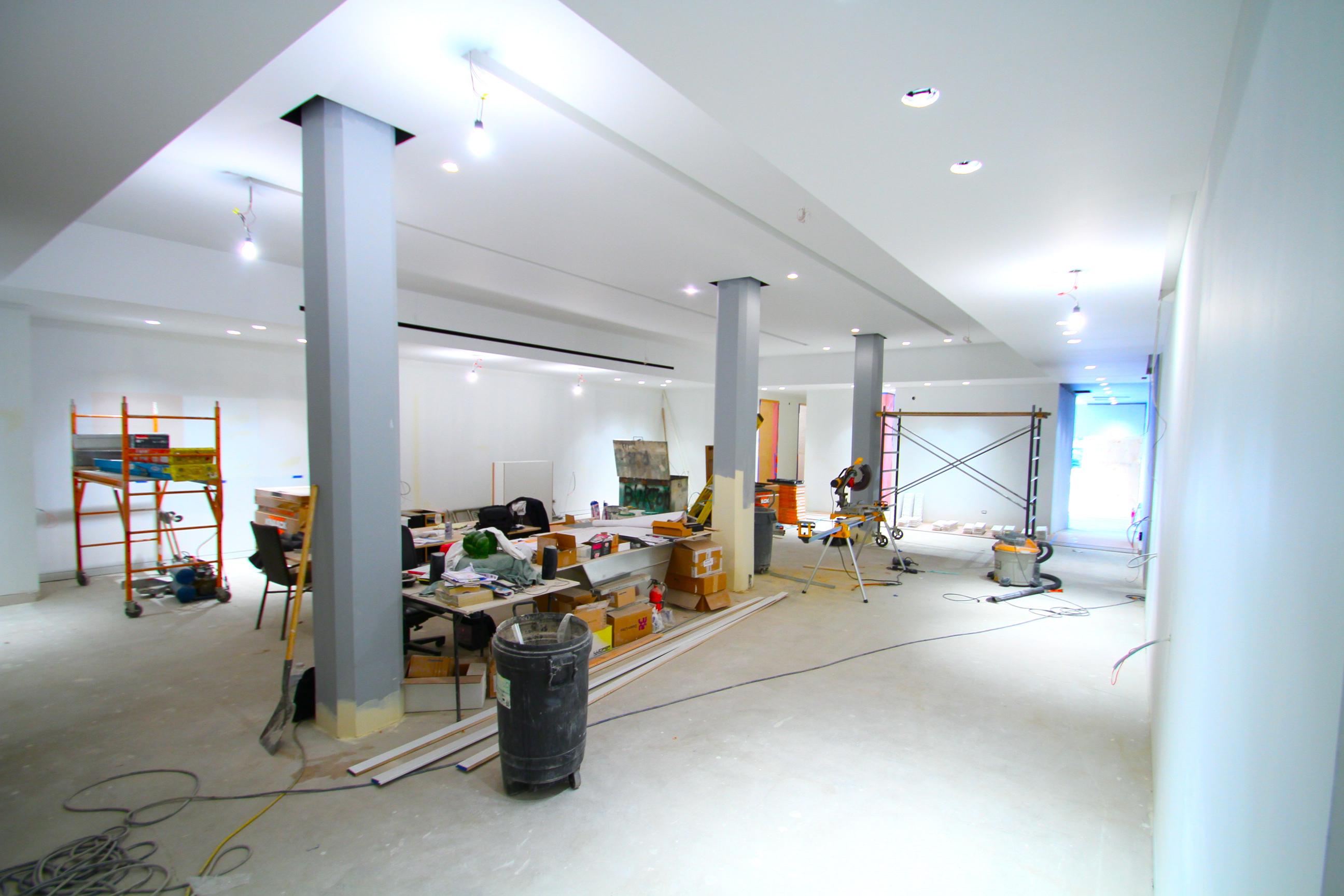 The staff will make repeated dry runs, including three "practice" sessions — friends and family service night — to make sure every service scenario is considered and all of the wrinkles are ironed out. They won't open with anything short of "full-fledged, no excuses service."

Personalized service also means personal contact. Muser wants to oversee every aspect of a guest's experience with the restaurant, starting with reservations. They will only be taken by phone. Other than a website, the reservation is the first impression a restaurant gets to make on a guest. And he wants to make sure it's a good one. 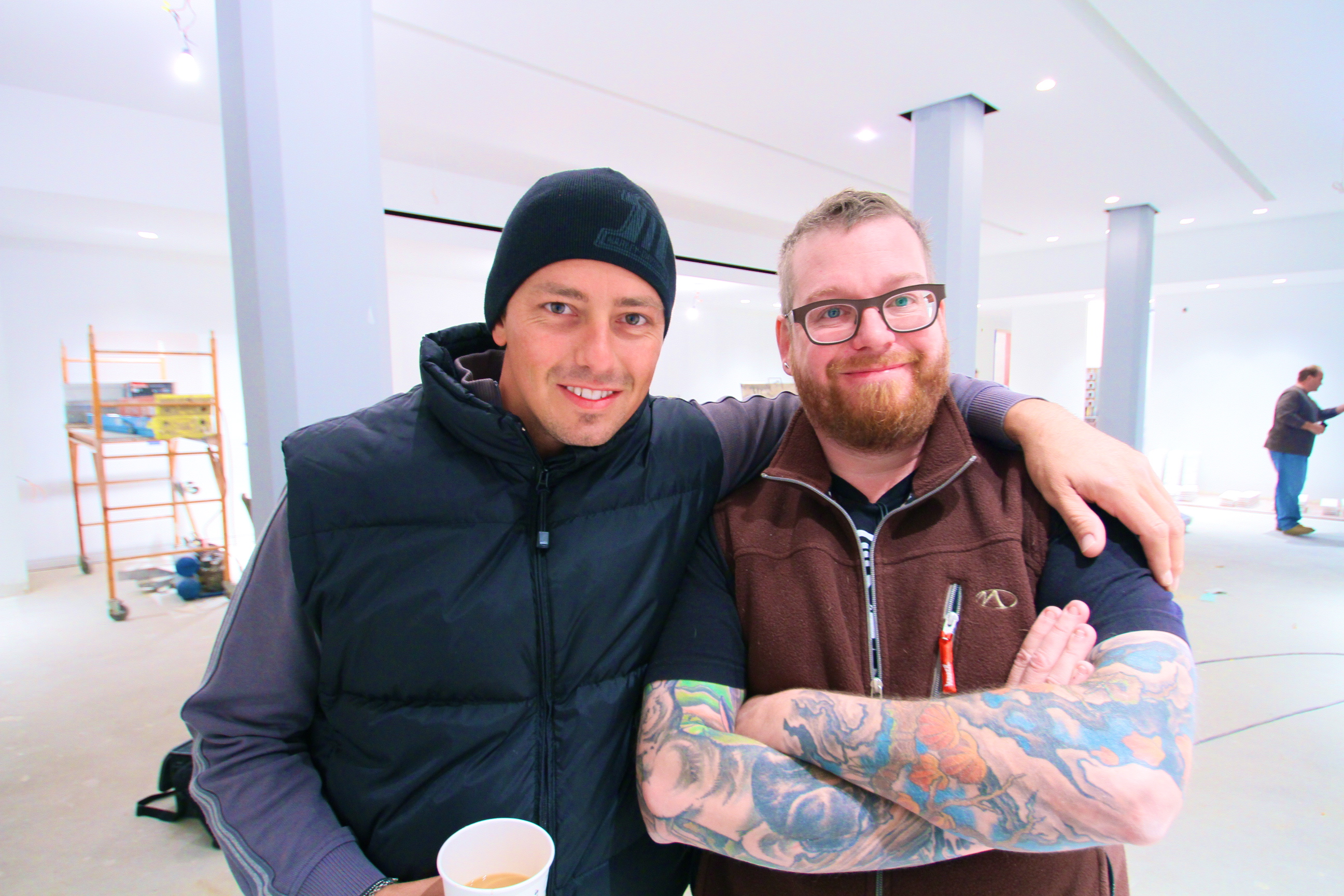 As Grace nears the one-month mark to opening, Muser still spends a good amount of time sifting through applications for the twenty-some positions he will fill. Between servers, captains, hosts, and two sommeliers, he's getting close to finalizing the team, he says.

In the next article — the last in this series of sneak peeks behind the opening of Grace — I'll talk with chef Curtis Duffy and his pastry chef, Bobby Schaffer about last-minute designs and details, and, of course, the opening menu.

In Defense of Recipes

Great! AI Can Generate All the Diaspora Food Writing Tropes