Share All sharing options for: No Reservations' Burgundy Episode: Just the One-Liners

Last night's episode of No Reservations found Anthony Bourdain with Los Angeles chef Ludo Lefebvre on a road trip through Lefebvre's native Burgundy. They ate a bunch of oozing cheese, sampled the famous local wines, ate half their body weight in Bresse chickens, and played a fierce game of pétanque. (Lefebvre ended up mooning the camera in protest of Bourdain winning.) So it was just like any other buddy comedy road trip, just with more Grand cru. Now, on to the Quotable Bourdain — feel free to add your picks in the comments below. 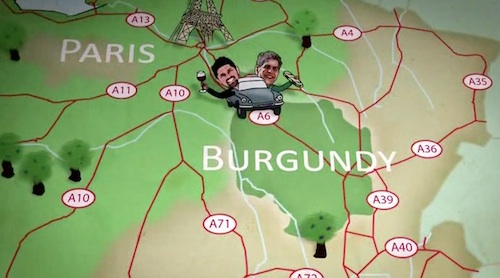 1: On what to do in France: "You come to France to just eat, and get drunk, and to look at pretty buildings? Fuck, this is a good place to visit."
2: On why Lefebvre ended up in the US: "Burgundy: where chef Ludo Lefebvre was born and raised a grew up before emigrating to America where he expected to find Pamela Anderson running on a beach in slow motion and instead found himself on Top Chef Masters and Ludo Bites America." 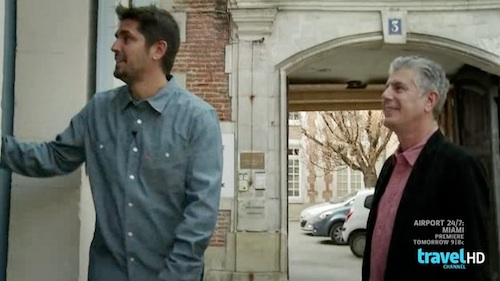 3: Lefebvre on the town he grew up in: "I'm a little bit from the redneck side. How you say, hiff? Hick?"
4: Bourdain on the lunch crowd at a roadside restaurant: "So these guys are basically having lunch and getting hammered on wine before getting back in that truck to deliver goods and services. I love this country." 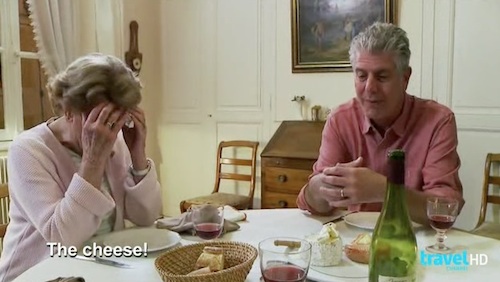 5: On cheese: "The font of all wisdom is oozing out of that plate."
6: On cheese, looking straight into the camera: "I would stick a blunt knife into your neck for this cheese."
7: On why he's on Lipitor: "My doctor said okay, this is the situation. You can change your life or take Lipitor. I said, okay what is required to change my life? No more cheese. [In French.] I started to cry."
8: On andouillette, a sausage made with tripe and assorted stinky meat parts: "Ludo's all over the andouillette like, well, insert your ass joke here. It's an acquired taste, let's put it that way. Even for me." (Lefebvre's wife Krissy responds on Twitter: "OMG so happy that @Bourdain thinks andouilette tastes like 'ass' - finally redemption for me, the American wife.") 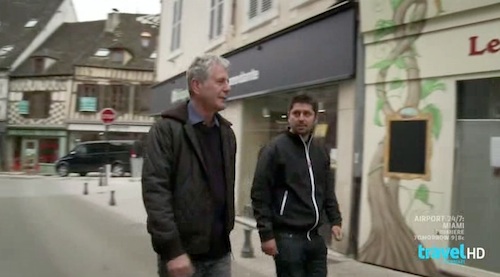 9: On Burgundy: "I'm looking for something that is not perfect about this place. Some syphilis, some dirt. Reality doesn't look like this."
10: On choosing lambs for slaughter: "I can feed the lamb and stroke its little head, but I can also whack the lamb." 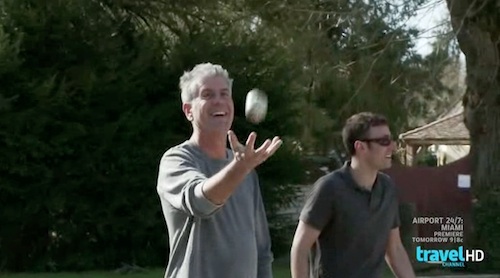 11: Declaring his petanque acumen: "Look up petanque in the dictionary, yo, it says 'Not You.'" 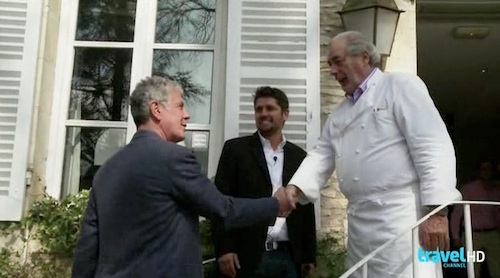 12: On the nightmares of young cooks: "Every young cook has a Big Foot. A towering, usually intimidating figure who gets inside your head early in your career and stays there forever."
13: On chicken: "The world famous chicken from Bresse is the Rolls Royce of poultry."
14: On a small town that is silent in the middle of the day: "You were explaining to me why this town is so quiet. It's because everybody is fucking drunk. There's nothing to do here but drink and eat." 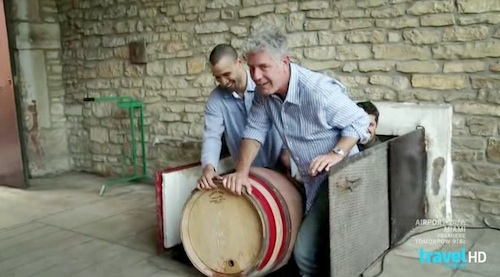 15: On being an American in Burgundy: "The French being French, are predictably, one would thing, not so open to the idea that an outsider, an American, could come to their country and successfully do what they've been doing famously for centuries. Apparently nobody told that to Ray Walker."
16: On Bresse chicken (which Lefebvre then batters and fries): "A designer motherfucking chicken is what it is. An Hermes chicken."
17: On why Lefebvre actually came to America: "You were first enticed to American by the plumper breasts of our chickens. We have big tits on our chickens." 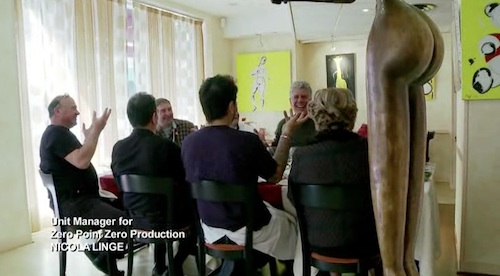