Winemakers and Sommeliers on Their 2012 Resolutions

Share All sharing options for: Winemakers and Sommeliers on Their 2012 Resolutions 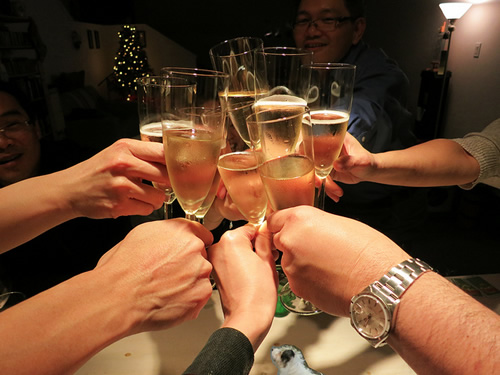 Instead of looking back at the year and reflecting on all of the earth-shattering wine news, we thought we'd ask a few American winemakers and sommeliers to talk about their respective years in wine, their predictions and resolutions for 2012, and the prejudices they're going to try really, really hard to overcome. Now, without further ado, meet Chris Brockway of Broc Cellars (Berkeley), Abe Schoener of Scholium Project and Red Hook Winery (Napa, Brooklyn), Justin Hall of Michael Mina's Bourbon Steak (Miami), Matt Reiser of Upstairs on the Square (Boston), and Dan Latimer of Husk (Charleston): 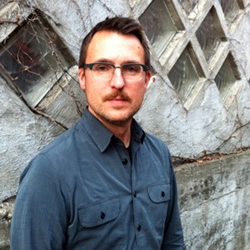 Most memorable wine you drank last year?
2002 Clos Rougeard Brézé on Thanksgiving, in Las Vegas of all places! It was fresh, almost citrus-like, but contained great concentration while still being light on its feet. I'm usually not into wines that show some oak (like these wines can when young) but with this wine it works and lets its terroir shine through completely.
Region or wine you discovered or rediscovered?
Tibouren made by Clos Cibonne in Côtes de Provence. Tibouren is a native varietal form Provence made as a Rosé...who knew? It's made under fleurette (meaning a thin layer of yeast) in 100 year old foudres. It's almost like an orange wine, but one that is actually fun to drink. It's citrusy, spicy, and saline from being so close to ocean.
Most memorable wine news of the year?
The passing of Joe Dressner. The man responsible for bringing in so many of the wines that inspire me today.
Your wine resolution for 2012?
Buy more magnums. Make more sparkling than I can drink myself.
Any prejudices against regions/wines you want to work on this year?
German Riesling (or any Riesling). This always gets the wine experts (wine-sperts) very angry, but you said don't lie. Most are inoculated and heavily sulfured. Yeah, yeah, I get it, it has a petrol note.
Wine you'd maybe, if provoked, beat someone up to drink in 2012?
2002 Huet Vouvray Petillant Brut. I know what some would say to this answer, but you said beat up, not kill.
Headline prediction for this year?: It Ain't Just Grapes In Your Wine.
Wine trend you'd like to bury in 2012?
Orange wine ? at least 90% bury.
Favorite wine lists of 2011?
Boxing Room in SF. Gamay and Creole food. Hell yeah!
Great China in Berkeley. If for nothing else than the fact that it's completely unexpected.
Lers RosThai in Hayes Valley, SF
Restaurant you're hell bent on eating at in 2012?
Well going to NY in March so Roberta's. Also, Son's & Daughters a few blocks away from my apartment in SF and still haven't been. Now it's so busy I can't in!
Region that you believe deserves a bit more play this year?
Savoie. I've had a great sparkling Gringet from there this year, as well as some Altesse and Gamay Noir imported from Selection Massale. Wine from the Alps ? what's not to like? 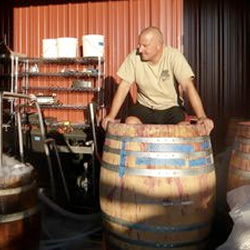 Most memorable wine you drank last year?
‘77 Mondavi Pinot Noir. So unexpected and so good. It was so alive and youthful for its age, and so noble given the little that I know about pinot noir growing and wine making in Napa in 1977.
Region/wine you discovered or rediscovered?
Napa. It's really true. There are many of us who seek out older Napa wines and get very excited when we see them on a table. And they do not have to be fancy or collectible bottles—just local and not made by us, but by our progenitors.
The alcoholic drink that most often took the place of wine? Sake. No question.
Any prejudices against regions/wines you want to work on this year?
Haha. Napa. I really do not like most Cour-Cheverny, but I am not going to put any work into overcoming that. You can't like everything that the guys at Ten Bells pour for you.
Wine you'd maybe, if provoked, beat someone up to drink in 2012?
I like the idea of beating someone to drink some wine, but that is a different movie.
Headline prediction for this year?
Orange Wine Turns Out To Be The New White Zinfandel
Wine trend you'd like to bury in 2012?
The bottling of partially fermented red wines.
Favorite wine list you came in contact with last year?
Oenotri, Napa
Restaurant you're hell bent on eating at in 2012?
Roberta's, Brooklyn
Region that you believe deserves a bit more play this year?
Napa. Though that is happening. The funny thing is that through journalism (and the work of allied and analogous wine directors and sommeliers), there is now a new hipster-establishment to mirror the old establishment. Producers like Ryme, Donkey & Goat, Matthiasson, Arnot-Roberts, Scholium are tiny brands, but they're becoming ubiquitous in a very precisely-defined world. But the region that really deserves much more play? Long Island. There are vineyards all over the North Fork that produce excellent, intense, complex, high acid, mature fruit -- even in abysmal conditions. Macari, One Woman, Jamesport, Shinn, to name only a few. With more attention from critics and press who can bring to bear passion, enthusiasm, adventure AND RIGOROUS STANDARDS, the wineries might be encouraged to diverge from the Bordeaux and Napa paradigms that have offered structure and guidance as the wine region was born and has grown up. 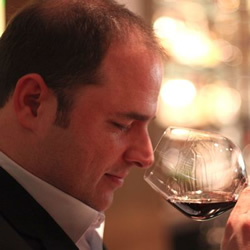 Most memorable wine you drank last year?
1947 La Fleur out of magnum. Great wine, great people. The bottle was purchased by a great collector when he could barely afford it.
Region/wine you discovered or rediscovered?
Chile. I have spent so many years being prejudiced against new world wines in my personal habits that I have neglected to seek out the people doing exciting things in unlikely places. It is akin to thinking that cool things only happen in places like NYC, SF and Chicago. The cooler climates of Chile (Rosario, Elqui, San Antonio, etc.) show fantastic potential. It's also aroused my curiosity in looking at many places/wines with fresh perspective.
Most memorable wine news of the year?
Jess Jackson dying was pretty major. Not enough of us appreciate how much work people like this have done to promote wine in America. I don't think that people like myself would have had the opportunities we have without these leaders.
Your wine resolution for 2012?
Drink enough to make a few decisions. Try to taste and learn more about Greek wine.
Any prejudices against regions/wines you want to work on this year?
In addition to Chile, I am hoping to find a reason to get excited about Australia and dig out a balanced Spanish wine or two.
Headline prediction for this year?
Constellation Is Too Big To Fail? Or, 2010 Chateau Latour Is Released At $1Million Per Case En Primeur.
Wine trend you'd like to bury in 2012?
Ordering/buying wine for reasons other than wanting to discover something new or liking the way it tastes. One of the ways in which wine is s victim of its own success is all these other less interesting reasons for buying wine (i.e. status, return on investment).
Favorite wine list you came in contact with last year?
Ma Peche in NYC
Sissinou in Biarritz
Restaurant you're hell bent on eating at in 2012?
Yusho in Chicago
Region that you believe deserves a bit more play this year?
Elqui Valley, Wagram, Sud Steiermark, and Roussillon are all exciting to me. Roussillon is of special note because it has such a historical and viticultural identity that is often lumped together with other areas in the south that share little in common with it. The Catalan influence is intense and there are wines here that are nothing like anything else in the world. Compelling whites with refreshing acidity and salinity; powerful, distinctively spicy reds with little or no oak influence; and stunning fortified wines in an array of styles. 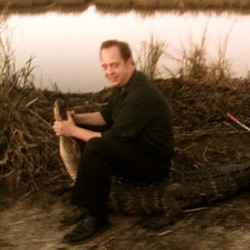 Most memorable wine you drank last year?
I found a bottle of Alto Moncoyo 2007 on the bottom shelf at a little wine shop here in Charleston, It was priced at something silly like $25.
Region/wine you discovered or rediscovered? The Willamette Valley. I went out to visit this Summer and while I've always been a fan of the Pinot coming from there, I was blown away by the Riesling I tasted. Anne Amie and Brooks were highlights.
Drink that most often took the place of wine? Three words: Pappy Van Winkle.
Your wine resolution for 2012?
To dig around on the bottom shelves at little wine stores a whole lot more.
Any prejudices against regions/wines you want to work on this year?
Yeah, I have a but of a bias against California (Cabs in particular). I blame the media, but then again I blame the media for just about everything.
Wine you'd maybe, if provoked, beat someone up to drink in 2012? I would kick the living hell out of anyone who tried to open my Sine Qua Non "Raven." That shit ain't ready yet.
Wine trend you'd like to bury in 2012? Any and all assholes out there making "Sweet Red Wine," you make our lives so difficult.
Restaurant you're hell bent on eating at in 2012? Momofuku KO
Region that you believe deserves a bit more play this year? Virginia, I really think they are gonna make some strides in 2012 and become a player in the world market. 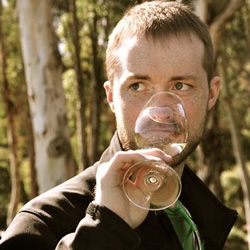 Most memorable wine you drank last year?
1916 Chateau Pichon-Longueville au Baron de Pichon-Longueville. Wines with this much age usually display elements of maderized fruit (both in color and flavor), earth, and mushroom. This wine, although nearly brown, still had plummy fruit, great acidity and silky tannins. We had the bottle open for a full two hours and it stayed alive with vigor.
Region/wine you discovered or rediscovered?
Pinot Noirs from Germany, particularly Baden and Pfalz.Also, Yarra Valley Pinot and Chardonnay from Australia, some of the finest in the world and true cool climate.
The alcoholic drink that most often took the place of wine?
Classic Sazerac.
Your wine resolution for 2012?
Drink boatloads of Jura wines, finally get a real Riesling tattoo, and always have a cru Beaujolais awaiting my arrival.
Any prejudices against regions/wines you want to work on this year?
Colombard for white, Zinfandel for red. To the former: there is a reason we distill you. To the latter: we should distill you.
Wine you'd maybe, if provoked, beat someone up to drink in 2012?
I would get street for some Domaine Jacques-Frédéric Mugnier Bonnes-Mares.
Favorite wine list you came in contact with last year?
Bern's Steakhouse in Tampa, Florida. Tiny markups, jaw-dropping vintage depth.
Restaurant you're hell bent on eating at in 2012?
Uchiko, Austin. Tyson Cole and Paul Qui made my most memorable meal of 2011, and I am dying to go back.
Region that you believe deserves a bit more play this year?
Pinot Noir from Germany's Baden region. They can compete with the finest pinots in the world.