The Hold Steady's Craig Finn on the Evils of Smooth Jazz

Share All sharing options for: The Hold Steady's Craig Finn on the Evils of Smooth Jazz 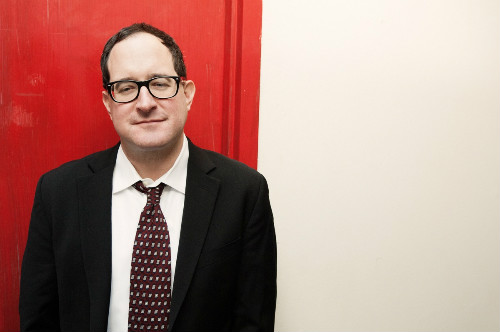 Craig Finn is best known as the vocalist of The Hold Steady, but when his new album "Clear Heart Full Eyes" comes out on January 24, he'll be operating for the first time as a solo artist. In anticipation of that record's release, Finn got on the phone earlier today to talk about his interest in food — the places he likes to visit in New York, his fish and brown rice fixations, how smooth jazz can ruin a restaurant experience, and the need for people to stop eating in subway cars.

What was the last good thing you ate?
The last good meal I had was something I cooked yesterday night.

What did you make?
I cooked tilapia with brown rice and an avocado and served it with a glass of wine.

Do you cook often?
Yeah, I do cook a lot. I'm not like great, but I really enjoy it. I'm a little intimidated to cook for a lot of people. I cook for my girlfriend, and that's about it.

What are some of the go-to dishes?
Fish. Mainly fish. I went on this cleanse diet last year and ate a lot of brown rice during that time, and I've sort of stayed stuck on that, as well. But you know what I made the other night, though?

Tell me.
Shallot chicken. It was this Andrew Zimmern recipe that Sam Sifton tweeted about, saying it was cool.

You just mentioned those two food world names. Are you really into this stuff?
Yeah, I pay attention. I like to cook and I like to eat out, depending on what I can afford. I always pay attention to what's going on in New York.

With that in mind, what are some of your favorite places to eat?
Saraghina, in Bed-Stuy, is maybe the best thing I've had recently. So good. The waiter was wearing a hoodie, the wine was amazing, the space was cool.

What did you have?
I had a risotto special, some pizza with capicola, and an octopus salad.

Throw some other names out there, if you can.
I live in Greenpoint, so one of my food resolutions this year is to try more Polish restaurants. I don't always feel like eating that heavy of a food, but I have a sense I'm missing out on something. I go to Karczma on Greenpoint Avenue a lot, though.

What do they make well?
Pierogis, stuffed cabbage, and things like that. There's also a really good deli named Maria's. I don't know if the lady who works there is named Maria, but the soup she makes is amazing — really good borscht.

In the neighborhood I like Five Leaves a lot, mainly because it's simple and easy and usually good. I really like Anella, where the pastas are quite good. It's usually seasonal, and the last time I went there it was very fall, so lots of root vegetables. That's a pretty great place.

Do you ever venture into Manhattan?
I do, but not as often as I used to. I was joking with my girlfriend that I don't get invited to anything in Manhattan anymore.

What are some of the places you eat at when you do happen to cross over?
There's a place I really like called Itzocan. It's a Mexican restaurant. I feel like I'm a broken record, but I usually get fish there. It's a cool place, though. It's not just tacos or burritos. And then there's Motorino, which used to be in Brooklyn and does fantastic pizza.

What about bars?
I like the No Name Bar in Greenpoint and the Pencil Factory, right where we used to rehearse. When I'm in Manhattan, I always go to Hi-Fi.

One thing I like about Pencil Factory is that they don't allow dogs. It's not that I hate dogs, I just don't like the idea of dog owners bringing their pets into a bar.

Let's talk about the road. Do you plan out where you're going to eat when you tour?
I would like to and I know that there are a lot of bands that do that, but I can't. Once you get to doing a bus tour, you're kind of screwed, 'cause you just keep trying. You're kind of stuck going where the bus driver wants to park.

In general, I eat a little differently on tour, since you can't go and eat exactly what you want or crave when you're going to perform. The one thing that I really like, that I think is the great tour food, is pho.

How come?
It's quick, it's light, and sort of spicy — it sort of wakes you up. The main thing is that it's light. You can't weigh yourself down and eat burgers or big meals. Also, a lot of the time you're walking around alone, so you don't want to go into a nice restaurant and sit at a table alone. You're going to sit at the bar.

Do you pay attention to the music in restaurants or do you not care?
I really don't care. The only thing that can get me down is smooth jazz. It can kind of get my appetite a little off [laughs].

Not a fan of the Kenny G?
Yeah, and you'd be surprised how many restaurants do that. It doesn't have to be the coolest rock ever, but I'd rather hear classical music than smooth jazz. The acid jazz — the jazz with the beats — that's really bad. Any kind of club music is not eating music. It happens more outside of New York. I was in a Thai restaurant in Salt Lake City and I think they were trying to be really upscale, so they were playing acid jazz. You know what they're trying to do, but all you want to say is, "You need to turn this off."

Any last words?
If I have a platform to say so, I wish people would stop eating on the subway.

I think I can guess what you're going to say, but explain why you make this proclamation.
If you need to eat something with a fork, it's definitely at-home food. I think if people waited a little longer they'd enjoy it more.

And the smell must be a factor, too.
Makes you want to ask, "Why are you doing that?" I don't want to come off as bitchy or picky, but it doesn't seem like the right place.