Share All sharing options for: The Layover's Amsterdam Episode: Just the One-Liners 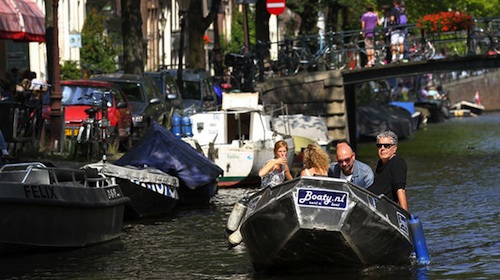 Last night's episode of The Layover saw Anthony Bourdain go to Amsterdam, where he absolutely positively did not smoke or otherwise ingest any marijuana. No, sir, not this guy. He also ate pancakes, fried food out of a huge automated machine, sausage on toothpicks, and Amsterdam's famous Indonesian food. Now, on to the Quotable Bourdain — feel free to add your picks in the comments. 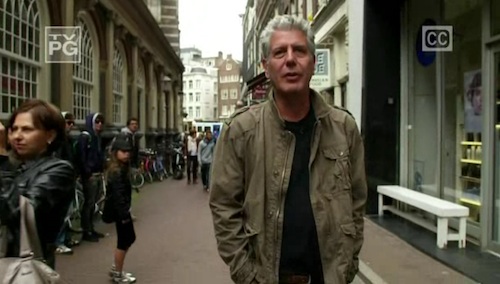 1) On Amsterdam's level of debauchery: "It's like the European version of Bangkok."
2) A disclaimer: "The use of any controlled substance by me or any member of this crew will be absolutely forbidden according to network standards...remember kids, don't do drugs. We don't!"
3) On how others perceive Amsterdam: "When you mention you'll be making a stop over in Amsterdam, you get a reaction I can only describe as 'semi-collegiate.'"
4) On what kinds of activities Amsterdam has to offer: "The famous Red Light District, where you can fuck an Eastern European prostitute in the pooper at competitive prices."
5) On his youthful priorities: "Last time I was here I slept in a park because I spent all my money of hash and hookers."
6) On a bar called the Ape that used to accept exotic animals as payment: "Wait til they see the incontinent and possibly rabid mink I have in my bag. He's just darling." 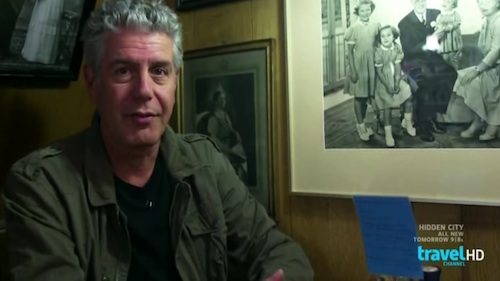 7) On ink inspiration: "This place supposedly is where the Beastie Boys were inspired to write the lyric 'When I am in Holland, I eat the pannenkoeken' which is a lyric I've had tattooed on my inner thigh since the release of Super Disco Breakin'." 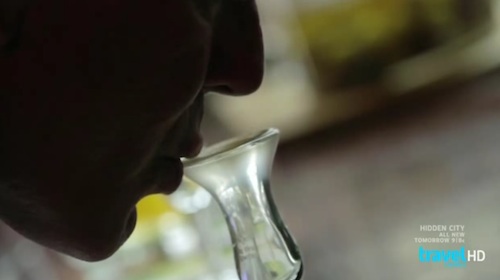 8) On the downsides of Amsterdam: "It's like every variety of hipster doofus is allowed here." 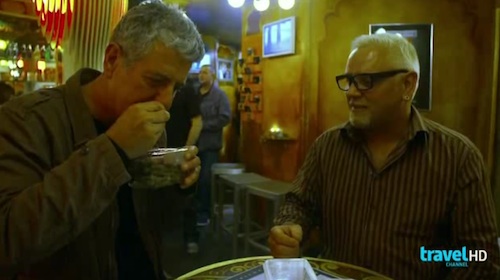 9) Another disclaimer: "If you know me at all, you know for a fact that I am, as is appropriate, slavishly adherent to network policy. Sadly, I will not be smoking any of the incredibly rare and powerful varieties available here."
10) On how he gets his kicks: "I'm high on the satisfaction of making fine, drug-free, television entertainment."
11) On Dutch brown cafes, or neighborhood pubs: "After being somewhat concerned that this was some sort of underground thing for German festishists, I was informed that they're actually bars." 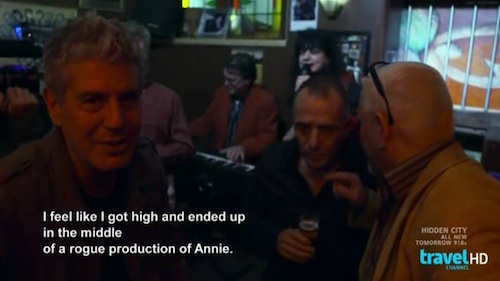 12) On the singing that happened at the brown cafe: "I feel like I crawled into a quiet hole, looking to chill out, get away from the world, and found myself in the middle of a Broadway production of South Pacific."
13) Still confused about the singing: "What happened in there? I was karaoke ambushed." 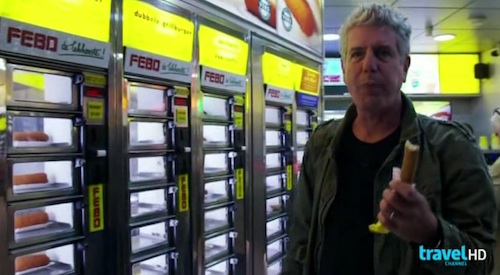 14) On automated food: "Amsterdam is in many ways the last great champion of food from a wall: automat style dining."
15) On sausage: "Meat of sorts, in tube form. This is my safe place."
16) On his late night preferences: "At this time of night, if there's not a 50% chance of diarrhea, it's not worth eating."
17) Reading from the guide book: "I love that public urination is extremely looked down upon. Where exactly is public urination encouraged?"
18) On the population of the Netherlands being tall: "Tom Cruise, stay at home, little guy. Somebody will put an ashtray on your head."
19) On where he eats lunch: "Have I found myself in some sort of hippie enclave? Are these people — is this a vegetarian restaurant?" 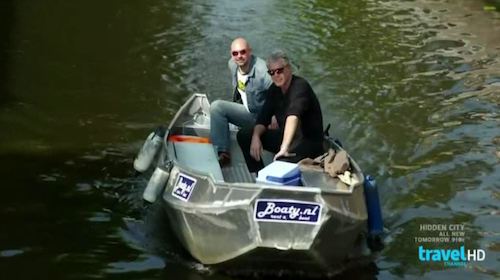 20) In North Amsterdam: "I feel like I've been exiled to hipster island."
21) On the sexual appetites of the area: "I'm telling you, it's endemic around here. The fucking furries."
22) On other peoples' priorities: "Many visitors come to Amsterdam with a list of things to do while here: get high, motorboat a hooker, that sort of thing."
23) On why he won't be visiting the Red Light District: "Human trafficking, while good for dick jokes, is a questionable practice on every other level."
24) On what other people do in Amsterdam: "Anne Frank museum? You should see the lines, and, frankly, downer." 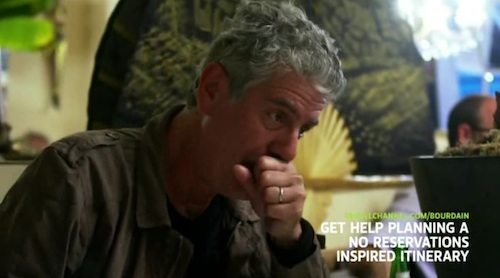 25) On Amsterdam's Indonesian food: "This was really one of the most delicious, painful meals... I hurt so good right now."