Share All sharing options for: Is American Jewel The Olive Garden Doomed? 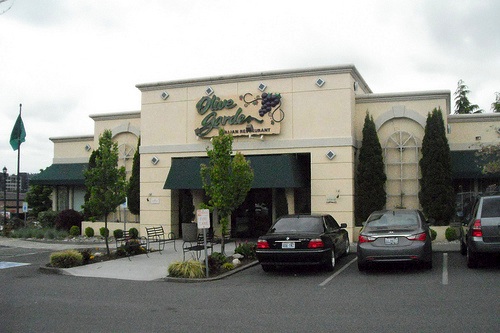 It seems that after decades of serving up overcooked pasta with a side of hospitaliano, America is beginning to lose its love for the Olive Garden. Sales are down and a retired quality-control engineer tells The Chicago Tribune, "The whole Olive Garden experience has deteriorated, in my opinion." Bread sticks seem doughier! Salads are skimping on the tomatoes and olives! It's Olive Garden-pocalypse!

But don't worry, the Italian chain has a super secret plan to woo America back to its Fauxtalian arms. They haven't yet revealed what it is, but the Tribune hints at lower-priced menu items and a new ad campaign that ditches the perky families the chain is known for.

A suggestion? Include a ton of new locations in Alaska, which just got its first Olive Garden. People there seem pretty jazzed about chains.

· Olive Garden Tries to Woo Back Customers After Falling Into a Rut [Chicago Tribune]
· Why Do Alaskans Salivate Every Time a New Chain Restaurant Opens? [Alaska Dispatch]
· All Olive Garden Coverage on Eater [-E-]