Anthony Bourdain on Paula Deen's Diabetes: How Long Has She Known?

Share All sharing options for: Anthony Bourdain on Paula Deen's Diabetes: How Long Has She Known? 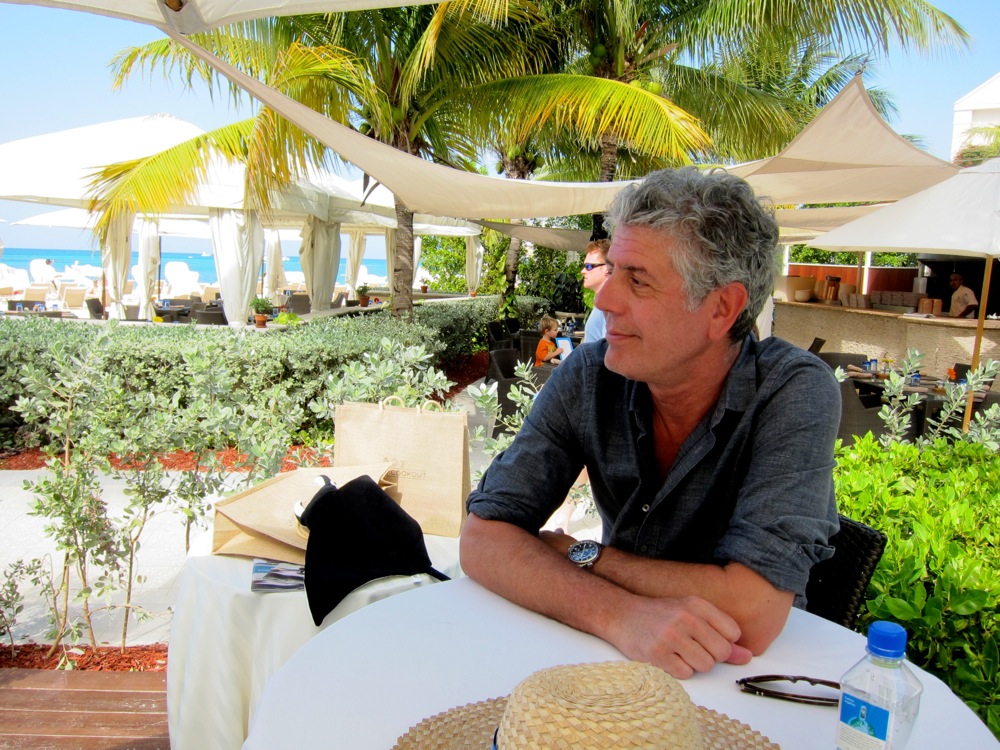 What's your take on Paula Deen supposedly announcing that she has Diabetes and that she landed a multimillion-dollar deal to be the spokeswoman for a pharmaceutical company to endorse a drug she's taking?
I feel bad. But this entire weekend people have been calling looking for quotes. I guess it's a moderate interest. I mean, how long has she known?

It's odd because she was on Dr. Oz last month, and she never mentioned diabetes. Instead she just owned up to smoking cigarettes for 50 years.
We can look forward to People or Us magazine running the cover story, "I'm back" usual rehab story private hell. Clearly this has been coming for a while. She's been looking for ways to position herself. Is she really going to be selling the cure now? Or will she back off for a decent interval? I take no pleasure in it. There ain't nothing funny about Diabetes.

So if true, would you agree that it's hypocritical?
When your signature dish is hamburger in between a doughnut, and you've been cheerfully selling this stuff knowing all along that you've got Type 2 Diabetes... It's in bad taste if nothing else. How long has she known? I suspect a very long time. On Tuesday when she announces it, it'll be to say I just got diagnosed... Al Roker won't be asking her how long she's known. I don't think people will press that issue.

What's up with the Travel Channel? The Christmas special was great, but they cut that great Krampus Carol clip. Does the network cut clips from your show a lot?
That was just too much for them. It's very unusual. From the beginning I've had a great relationship with them. When push comes to shove the people who count come down on our side. Cruelty toward children-like dolls pushes the line. I was very unhappy with it. Who has the freedom on television I do? Maybe Louis CK. I go where I want, I say what I want.

What do you think of Louis CK selling that episode online and making millions of dollars off of it? Are you thinking about doing something like that?
I mean, like everyone's watching that. Zero Point Zero and I are definitely looking at that model and other models. There are more dignified things to do than television, and if there's a better alternative, then of course. But you see me quite enough, thank you very much. One of the reasons I like writing for Treme is I'm not on the show. It's just really fun.

So we'll never see you on the other side of the camera on Treme?
Not a chance. I'm happy just writing the thing.

The next season: Will it be just as chef-heavy?
Without revealing anything, it's safe to say the Janette Desautel storyline will continue, yes.

Update Jan 17: Paula Deen admitted that she knew she had diabetes for three years before going public about it on the Today Show.