Jose Andres on Vegas, Miami, and His DC Food Truck

Share All sharing options for: Jose Andres on Vegas, Miami, and His DC Food Truck 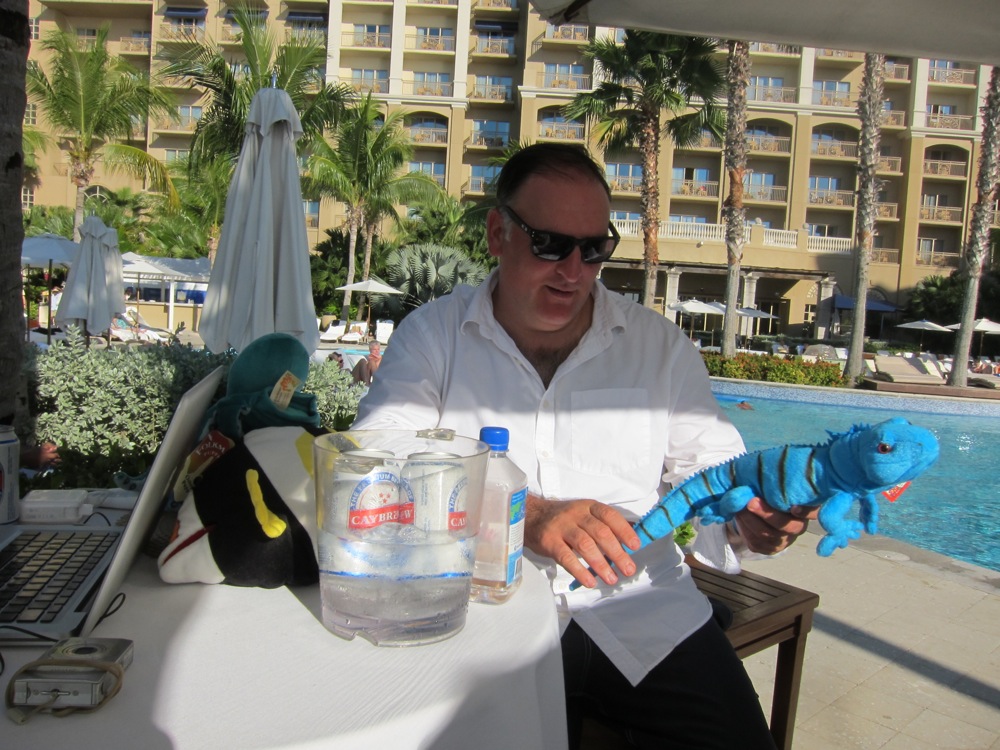 How's your SLS Miami project going?
It's going! We are going to be opening before summer I believe, so things are going well. I'm the culinary director for the whole property. I see this as being a trend in the whole industry. In many hotels the chef runs the restaurant but someone else runs the whole property. Why don't you have the chef run the entire property? At SLS we show that that is a great property, it makes it a round experience. It also makes me more involved. It's about the commitment. There will be a Bazaar there.

How will Bazaar be different than the original?
I never thought we could have two Bazaars but Miami is on the other coast. Los Angeles is Spain meets eclectic, Miami will be Spain meets Latin America. I am going to have a few Singapore style dishes because Miami and Singapore share some of the same style, art deco buildings for example. My team has been to Singapore, I have not but I am going in the next few weeks, I am going to China as well. It's a great way to branch, to learn. Like a delta in a river. The soil is very rich because the waters come slowly. I like to think of my learning the same way. The grounds become very fertile.

There will be a food truck in Miami right?
Well I bought one and have been running tests in Washington. No one knows. I've used it, it's parked. I own it, it's fully equipped. Pepe's is the working name. We had an issue in Miami with the beach, how close you could be. So we're going to build a kitchen but we can move it anywhere, any second. It's going to be the coolest food truck in America. Why? Because Philippe Starck is designing it. It's going to be serving the beach and the pool. It will be very exclusive. But if you come to the beach and pay your dues you can use it. It's going to be cool.

Will the DC food truck stick open for real, or is it just for testing?
It will happen this year. Eater will find out. It's coming, we have it, we're testing.

How's Las Vegas going? In particular your eight-seat restaurant é?
It's full of people complaining they can't get in. It's about the exclusivity, the uniqueness. If a restaurant's too big, it's not unique enough. Restaurant's too small, people complain they can't get in. In America people are used to I want it now I get it now. That's not sustainable. Now you have to be patient to get to things that are worth it. Like a relationship, this is the girl you want to marry. You have to work for it! Restaurants are the same thing. 60 people per day, four days a week only. You have to give people time, it's a very hard working menu. But this is one of the most unique experiences you can have in Vegas. I don't want to be pretentious but one of the best experiences you can have in America. We don't promote much. Why am I going to promote when we're having no problem filling the restaurants?

Why did you come to the Cayman Islands?
It's a good excuse to be with my family and do a vacation. Make contact with customers, make friends. Speak to people one on one, build relationships. It works. It works for me. This one and Aspen, those are the only ones I do. I don't do New York, I don't do Miami. But here I am very committed. This is my fourth year. Eric is a good friend, Tony is a good friend, we have been coming since the beginning.

Do you think you'll ever open here?
We're opening in Puerto Rico in December, it's a Ritz-Carlton property. A Ritz Reserve, the second Ritz Reserve in the world. Working name is Mi Casa. There was a restaurant in the 60s and 70s called Su Casa, it was one of the big restaurants in the islands then. So it's a nod to that. Ripert has the Caymans, and I can have Puerto Rico.