Looks like shouty chef Gordon Ramsay's Kmart line is in stores now, and it's mostly a bunch of Kmart-y stuff. What kind of stuff? Oh, you know, lots of things that costs $29.99, including a slow cooker, a 12-cup coffee maker, a "Cuban sandwich maker," and a "Food Chopper," which seem to be sort of an upside-down food processor. The 2-Slice Toaster comes in at $24.99. There are also a bunch of very cheap-looking knives.

Also, they're running in-store displays that read "Mean tools for happy cooking." As Eater's Top Chef: Just Desserts recappers/the guys behind Big Gay Ice Cream put it, "Get it? Cuz he's mean?" Below, another shot, this time of the coffee pot and toaster. 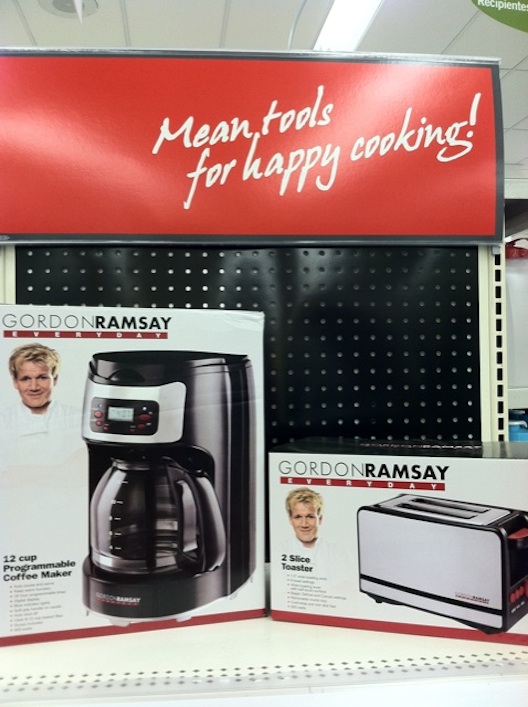