Is the Future of Cookbooks Digital?

Share All sharing options for: Is the Future of Cookbooks Digital?

As cookbook season rages on in full force, with cookbooks both stellar and mediocre landing on my desk on a daily basis (two were delivered while I wrote this post), the concept of e-cookbooks seems pretty appealing. Don't get me wrong: I love cookbooks. I own quite a few of them. But is it really necessary to amass them as objects? Especially when their digital brethren can, you know, do stuff?

Take, for example, the e-book version of Julia Child's 752-page Mastering the Art of French Cooking, which debuts this October. Child's book (like many others) cross-references recipes, so that a recipe for Petit Choux au Fromage calls for two cups pate a choux. With an e-cookbook, you can just click the referring recipe and it'll come up on your reader, instead of flipping through the pages looking for it.

Also, publishers speculate you'll soon be able to turn the pages using voice commands so you won't have to get your reader dirty. Can your seven-and-a-half pound copy of Larousse Gastronomique do that? Didn't think so. Add in instructional videos, and digital cookbooks could, in theory, be much more useful for the home cook than printed editions. iPhone and iPad apps from people like Mario Batali, Jamie Oliver, or Nigella Lawson are taking stabs at it — integrating video and shopping lists — there's still room for development in the digital cookbook space.

Designing for the medium 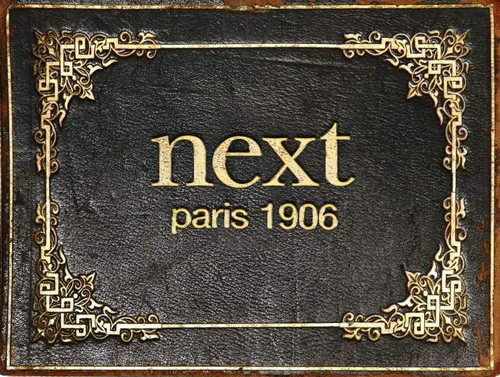 It's true that until recently, the digital cookbook was a clunky endeavor, in many cases hardly more than a PDF shrunk to fit an e-reader screen. Soon, this might change. Chicago chef Grant Achatz is currently in the process of developing an e-book for the iPad of the first menu for his restaurant Next. According to the restaurant's Facebook page, they're taking full advantage of the capabilities of the iPad: "Kindle cannot yet display the resolution / video that this is in. Android tablets haven't really caught on and the phones of any type are too small. So iPad / mac / ereaders for now." Next also intends to keep the price down: "I just always felt that with no printing costs eBooks should be far cheaper than the $12.99 or so that gets charged by the big publishers...This will be far less."

The end of print

The future domination of digital publication seems inevitable: TechCrunch has what they call a "A dystopian timeline" of the future of print predicting that, by 2025, save for a few exceptions, "all publishing will exist digitally." Wrote John Biggs, "The book is, at best, an artifact and at worst a nuisance." Cookbooks will, presumably, follow suit. With the announcement today of Amazon's Kindle Fire — a $200 color device that can display (and sell) video, magazines, and books — and the forthcoming iPad 3, the end of print is in clear sight. Almost everything will be delivered digital. So do printed cookbooks have a future at all?

The future of the cookbook

While books like The Joy of Cooking and Mastering the Art of French Cooking will go digital-only, there might still be a place for the dead tree variety of cookbook. There's one area the printed book has digital beat: the cookbook as art object. More and more in recent years big name chefs have been releasing huge, photo-heavy tomes. This group of course includes Modernist Cuisine (which tellingly included a waterproof kitchen manual with key recipes for when you actually want to make cook something out of the book), Grant Achatz's Alinea, Heston Blumenthal's Big Fat Duck Cookbook, Rene Redzepi's Noma, and a number of titles from Ferran Adrià.

These books, which are used less frequently by home cooks and are more a record of each chef's restaurant at a particular time, are prized for being objects. (Modernist Cuisine, which isn't connected to a restaurant and is meant more as a reference for professional chefs, is a slight exception.) Books with with flourishes like heavy paper, fancy bindings, and embossed slipcovers lend a sense of luxury to the experience of reading them. That feeling doesn't easily carry over to digital. Much like how music has become a cheap, digital commodity, cookbooks will follow suit — mere texts that will be sold on Amazon or iTunes for, say, $3.99. The printed cookbooks of the future will be gourmet trophies.

And while critic Jay Rayner might deride the digital medium — saying "I think people will find when their iPhone is covered in crap, that cooking with an iPhone is not such a good idea" — it looks like soon, he won't have much choice in the matter. Somebody get the man a rag.