Share All sharing options for: The Eater Fall 2011 Cookbook and Food Book Preview 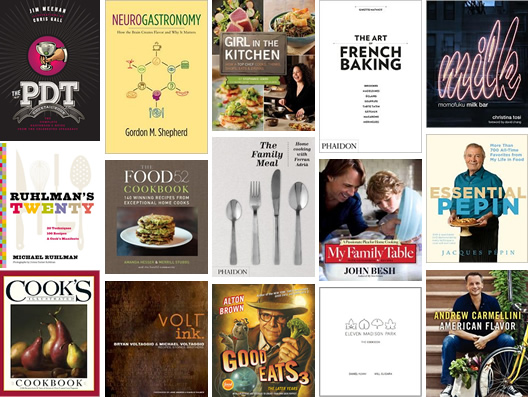 Look alive, people: it's cookbook season. From the beginning of September until the dawn of 2012, every restaurant, chef, food writer, academic, and person with an opinion on pork belly is going to be shoving their weighty tomes at you from all angles.

So what's trendy this fall? It seems like every chef on the planet has either written a home cooking cookbook or a collection of their restaurant's family meal recipes; see Mario Batali, Heston Blumenthal, Ferran Adrià, and John Besh. As far as US regional cookbooks go, there's been a decline in the obsession with the South (with the exception of Hugh Acheson's new book). More cookbooks are covering Texas, the West Coast, and the Midwest.

In the world of booze, it's all about the beer books, with wine and cocktails taking a backseat. Also: there are two books entirely devoted to sausage, and two devoted to mini-pies.

Below, the deluge of books to be released between August to December 31. If there's something missing, do let us know and we'll add it. 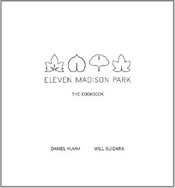 Eleven Madison Park: The Cookbook by Daniel Humm and Will Guidara.
Presenting your massive shiny restaurant cookbook of the year. Expect staggering photography, intricate and supremely technical recipes, and all kinds of food philosophizing.
Little, Brown and Company: November 11. 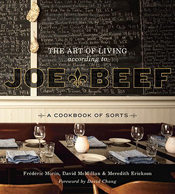 The Art of Living According to Joe Beef: A Cookbook of Sorts by David McMillan, Frederic Morin, and Meredith Erickson.
This book, from the folks behind the Montreal restaurant David Chang calls his "favorite restaurant in the world," covers a fantastic range of topics. Sure, there are recipes, but there is also a history of the restaurants of Montreal, a paean to the trains of Canada, "Le Grand Setup de Caviar," a thirty ingredient smorgasbord, a martini recipe that calls for a Vienna sausage garnish, and plans for building a smoker yourself.
Ten Speed Press: October 11. 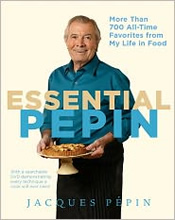 Essential Pepin: More Than 700 All-Time Favorites from My Life in Food by Jacques Pepin.
A greatest hits album from a master chef with 700 recipes from 60 years of cooking. If that doesn't spell instant classic, what does?
Houghton Mifflin Harcourt: October 18.

Next: Paris 1906 by Grant Achatz
Grant Achatz's Chicago restaurant Next is partnering with Apple to release a digital cookbook for iPads. The first version will focus on the restaurant's first menu, Paris 1906; include video and printer-friendly recipes; and will be available through iTunes on a pay-what-you-want model (with a suggested price of $4.99).
iBook: end of September. 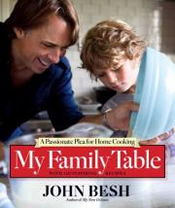 My Family Table: A Passionate Plea for Home Cooking by John Besh.
John Besh's last book, My New Orleans, hit that sweet spot so many cookbooks aim for and miss: an ode to a specific cuisine with moving stories, gorgeous photography, and useful recipes. Expect this volume to do the same thing for home cooking.
Andrews McMeel Publishing: November 1. 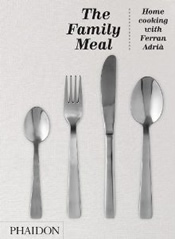 The Family Meal: Home Cooking with Ferran Adria by Ferran Adrià.
As one might imagine, the staff of elBulli took family meal like they took everything else: very seriously. Recipes are arranged by menu; pick this up and pretend you actually got around to staging at the now-shuttered world famous restaurant.
Phaidon Press: October 3. 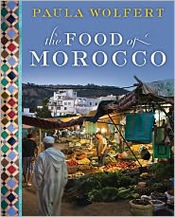 The Food of Morocco by Paula Wolfert.
Cookbook author Paula Wolfert returns to the cuisine that made her name almost forty years ago: the foods of Morocco. This book has serious potential to become the definitive guide to the foods of the region.
Ecco: October 4. 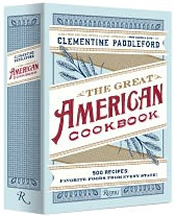 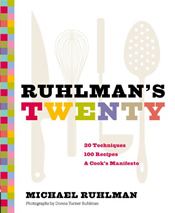 Ruhlman's Twenty: 20 Techniques, 200 Recipes, A Cook's Manifesto by Michael Ruhlman.
It's all there in the title: food writer Michael Ruhlman goes through twenty different cooking techniques, providing a few example recipes for each. Pair this with his previous release Ratio and you've got a solid guide to the basics of cooking.
Chronicle Books: September 14. 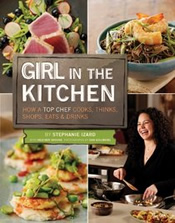 Girl in the Kitchen: How a Top Chef Cooks, Thinks, Shops, Eats & Drinks by Stephanie Izard.
The chef of Chicago's Girl & the Goat and winner of Top Chef season four, Stephanie Izard has produced a cookbook that contains over 100 recipes with bonus tips on subjects like grocery shopping and wine/beer pairings.
Chronicle Books: October 5. 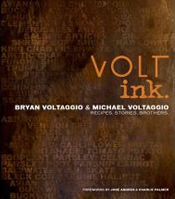 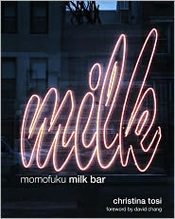 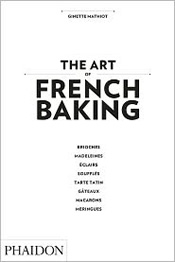 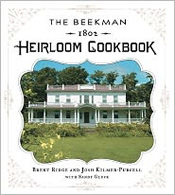 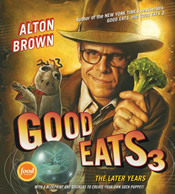 Good Eats 3: The Later Years by Alton Brown.
The third in a series, Alton Brown's latest offers up information from the last few seasons of the show. Topics covered include "pomegranates to pretzels, mincemeat to molasses." Bonus: instructions for making your own sock puppet.
Stewart, Tabori & Chang: October 1. 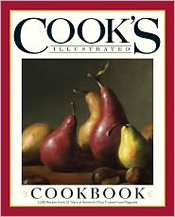 The Cook's Illustrated Cookbook: 2,000 Recipes from 20 Years of America's Most Trusted Cooking Magazine by the editors of Cook's Illustrated.
Every single one of the 2,000 recipes in this book has been meticulously tested and compared to other, similar recipes, which means you know they'll work.
Cook's Illustrated: October 1. 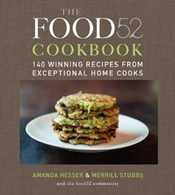 The Food52 Cookbook: 140 Winning Recipes from Exceptional Home Cooks by Amanda Hesser and Merrill Stubbs.
Consider these the best of Food52: 140 recipes, every single one a winner of the website's recipe contests.
William Morrow Cookbooks: October 25. 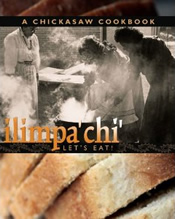 Ilimpa'chi' (Let's Eat!): A Chickasaw Cookbook by JoAnn Ellis and Vicki May Penner.
A collection of recipes from the Chickasaw people, who were originally from an area that covers parts of Mississippi, Alabama and Tennessee but now largely live in Oklahoma. Contains forty recipes and, as a bonus, a Chickasaw cooking glossary.
Chickasaw Press: November 15. 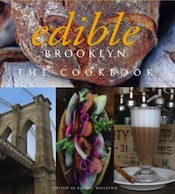 Edible Brooklyn: The Cookbook compiled by Rachel Wharton.
A portrait of one of the buzziest restaurant neighborhoods in the country, this cookbook has the potential to be a time capsule of a moment in Brooklyn's history.
Sterling Epicure: October 4. 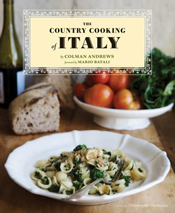 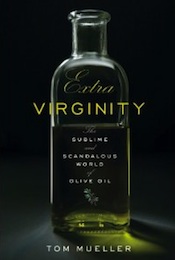 Extra Virginity: The Sublime and Scandalous World of Olive Oil by Tom Mueller.
Can olive oil truly be scandalous? You might be surprised: Tom Mueller dives deep into the history and science of the oil, "not just as food but also as medicine, a beauty aid, and a vital element of religious ritual."
W. W. Norton & Company: December 5. 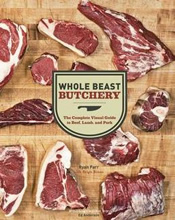 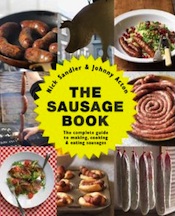 The Sausage Book: The Complete Guide to Making, Cooking & Eating Sausages by Nick Sandler and Johnny Acton.
Into what Anthony Bourdain once called "gleaming, tumescent and enlightening forms of mutant hot doggery"? Get this book, make 'em yourself at home.
Kyle Books: November 16. 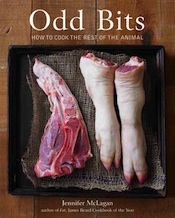 Odd Bits: How to Cook the Rest of the Animal by Jennifer McLagan.
Food writer Jennifer McLagan's single-subject cookbooks, like Fat and Bones, are always a treat. This time, she turns her attention to offal with Odd Bits.
Ten Speed Press: September 13. 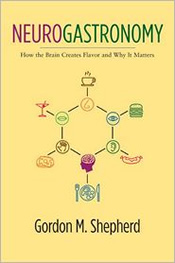 Neurogastronomy: How the Brain Creates Flavor and Why It Matters by Gordon Shepherd.
Time to get nerdy: explore how the brain interprets flavor with Yale neurobiology professor Gordon M. Shepherd. All kinds of topics are covered, from addiction to obesity to Proust's madeleine.
Columbia University Press: December 2. 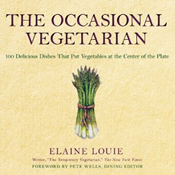 The Occasional Vegetarian: 100 Delicious Dishes That Put Vegetables at the Center of the Plate by Elaine Louie.
Elaine Louie writes the "Temporary Vegetarian" column for the New York Times. Here, she collects recipes that will satisfy both the passionate vegetarian and the dedicated carnivore.
Hyperion: October 11. 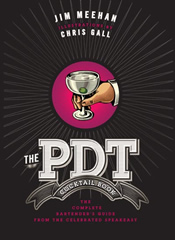 The PDT Cocktail Book: The Complete Bartender's Guide from the Celebrated Speakeasy by Jim Meehan and Chris Gall.
Jim Meehan made a name for himself at New York speakeasy PDT (which stand for "Please Don't Tell") and in his first cocktail book, the barmaster explains how to make the drinks that made the bar famous. Look for The PDT Cocktail Book as the subject of the next round of Eater's Behind the Cookbook series.
Sterling Epicure: November 1. 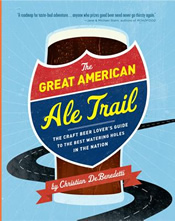 Menu Design in America: 1850-1985 by Steven Heller and John Mariani.
Combination art book and history, this gorgeous collection of menu art covers 135 years of American restaurants. It features almost 800 images of menus from all over the country; both restaurant history buffs and design nerds will flip.
Taschen: August 15. 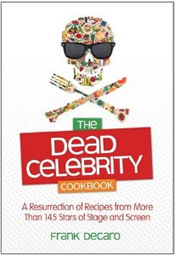 The Dead Celebrity Cookbook: A Resurrection of Recipes from More Than 145 Stars of Stage and Screen by Frank DeCaro.
Because sure, why not: here's a collection of recipes from dead celebrities. Haven't you always wanted to make Bea Arthur's Good Morning Mushroom Tomato Toast or Jerry Orbach's Trifle? Of course you have.
HCI: October 3.