Chefs Weigh In: Is Culinary School Worth It?

Share All sharing options for: Chefs Weigh In: Is Culinary School Worth It? 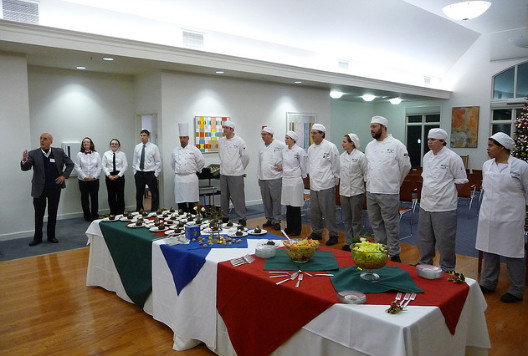 People who attend culinary school are probably broke and woefully unprepared for their jobs. After they graduate, students can look forward to being sexually harassed and totally without a social life. Despite this, enrollment for culinary schools keeps going up with every passing year. Which begs the question: is it really worth it? 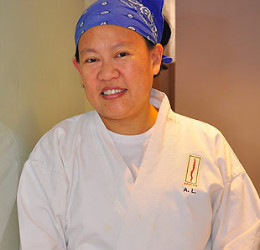 If somebody else is going to pay for it, cooking school is absolutely worth it. It's a luxury, something that makes life easier for you.

But it's not necessary. I did go to Ritz Escoffier, but legions of people around the world haven't gone to cooking school — that's mostly how it was in France for a long time, with chefs that worked their way up in the kitchen. Cooking school is really expensive, and I'd say that anyone who has a good head on their shoulders, has the discipline to buy a good book, read it, and learn the fundamentals can certainly get by without attending school.

The keys are discipline and the ability to work for free. 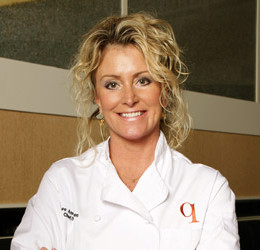 Cooking school is not worth it due to the current state of the economy. After shelling out $60k+ for an education, you are not only left at graduation with a huge amount of debt, but there are also not many kitchen jobs that pay enough to pay that all back.  Being a restaurant owner, it's hard to find cooking school graduates or non-grads that have a great work ethic, so educated or not, if you start in a kitchen in a low level job and show a willingness to learn with drive and tenacity, you'll have a much better chance of succeeding.  Apprenticeships are invaluable, and if your heart and soul and love of the culinary arts are there, it will shine through, be recognized, and pay off. 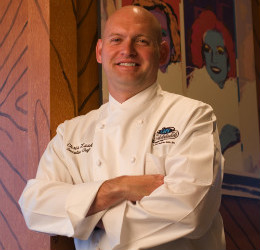 Culinary schools are a good way for people with little or no experience to get their foot in the door, but it is not a prerequisite to becoming a chef. I have cooked with both culinary school alumni and those who worked their way through the kitchen trenches, and there are good cooks on both sides of the spectrum. I tell new cooks to work in the field before they attend culinary school so they can see if they have a passion for cooking.

Culinary schools are extremely expensive, and if you can learn on the job, you will save a lot of money. Learning on the job also gives a young cook a much better understanding of how to apply techniques in a kitchen’s high pressure setting. This will make them a better cook, and eventually, a chef. 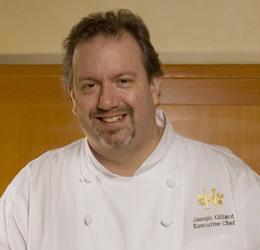 At the time I attended cooking school, there were limited options. I went to Grand Rapids Community College (MI). I paid for school out of my own pocket, without having to borrow. Many of my colleagues are still paying off loans for the CIA and CCA, because even at that time (1992), they were charging $35,000 for the same education I received for $3,000. I no longer think culinary school is worth it. At $50 to $60 thousand it creates a tremendous crutch for young culinarians or people seeking a second career. Graduates can only hope to start in the industry at $10 or so per hour. I especially think for-profit schools are a rip off.

I recommend attending community college programs like the one I attended. And of course, on-the-job training is best. 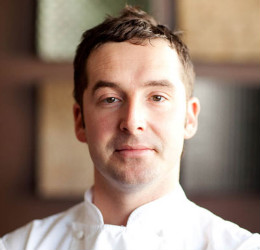 You're asking the guy who went to culinary school. In my opinion, it really just depends on the person. But there's no question that it's a way to learn the basics. If you decide you want to go that route, you should definitely go to a good school — that doesn't mean just the CIA or Johnson & Wales — and you need to go to a school that's around good restaurants. I say this because I worked while I was in school and surrounded myself with eager people. I learned a ton.

At the end of the day, though, it's definitely not the only way to go. If I hadn't read my ass off and worked my ass off outside of school, taking a tape recorder everywhere with me so I could memorize terms and concepts, I don't think I'd have made it happen. It's about the dedication, which is something close to an obsession.