Share All sharing options for: Burger Chain Growth Up Among 'Better Burger' Restaurants

The report does a little parade raining, saying "even a brand growing 150 percent per year is going to be dwarfed in pure dollars by McDonald's, Wendy's and Burger King, which own 75 percent of limited-service burger sales in the U.S." which, fine. (Also 150% growth of any of those three chains would be terrifying.) But, still: good to see some of these places on the top ten list, which happens to be below. 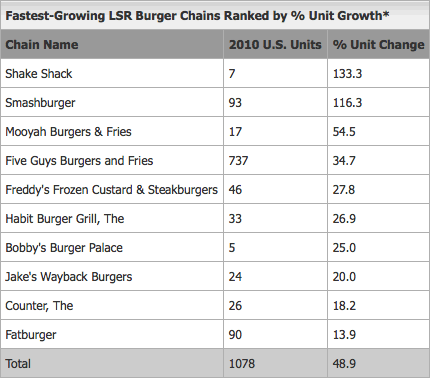