Share All sharing options for: This Is Just a Good Photoshop of Aziz Ansari With Ice Cream 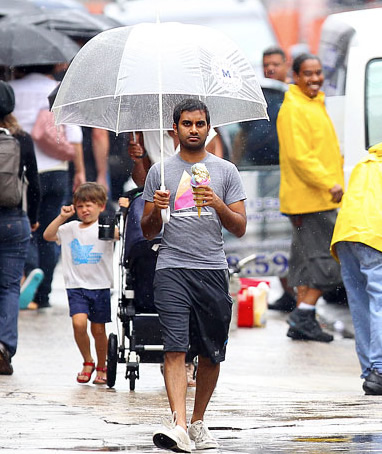 So this photo of comedian Aziz Ansari has been making the rounds on the internet. It turns out that it was photoshopped, unclear by who exactly. In the original photo, Ansari is just holding a cup of coffee. (See a before and after photo.) Here's video of Ansari doing a comedy bit about what he calls the "epitome of American excess and American greed": Cold Stone Creamery.