Are Farm-to-Table Restaurants Hypocrites For Not Touting Local Wine?

Share All sharing options for: Are Farm-to-Table Restaurants Hypocrites For Not Touting Local Wine? 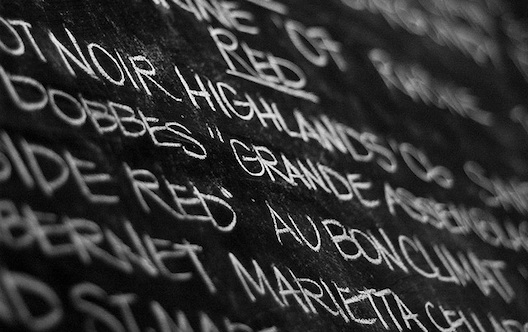 Yesterday Madeline Dow, the Marketing Director for the Washington Wine Commission, took a knee to the groin of Seattle's Sitka & Spruce, calling them "hypocrites" for boasting a farm-to-table concept and only featuring three Washington wines on their list out of 50. We caught up with Matthew Dillon, chef/owner of Sitka & Spruce, to get his response:

"First of all, I've never labeled my restaurant "local" or "farm-to-table," so the whole thing is laughable ? I source a lot of local ingredients because they taste better and they don't go bad as quickly. Wine, like olive oil and vinegar, is a whole different thing ? we just want to put what's really great on the menu, and to be honest the quality of wine that I can bring in from Europe for the price is so much better [than what I can get here]. We have a lot of glass pours and I want to be able to offer affordable, interesting wines by the glass and that's impossible with Washington wine..."

Regardless of whether or not Dillon and Dow will work things out, they touch on an interesting philosophical debate, and one that is particularly relevant on the west coast where the farm-to-table movement has laid down deep roots.

Many restaurants from Seattle to San Francisco tout the virtues of sourcing ingredients from local farms, but their wine lists seem to have no problem ditching local and settling with farmhouse, regardless of whether that farm is 5,000 miles away.

Whether this is out of step with the philosophy of the restaurant depends on why they source local products. Is it a carbon footprint thing? Or, like in the case of Sitka & Spruce, an issue of perishability and taste? Or something deeper and nearly existential, as it is at Chez Panisse?

In a fantastic piece on the legacy of Chez Panisse's wine list, San Francisco Chronicle Wine Editor Jon Bonné points out the “longtime tensions between the wine program's two often conflicting philosophies.” He mentions that the list is both the extension of the restaurant's “locavore-is-as-locavore-does view,” that has celebrated, through the years, “unheralded local wines.” But there is also a strong allegiance to the wines of Europe.

In my opinion it seems logical for the urban restaurant to play to both sides. Try as America might, stylistically many of the wines cannot emulate those of Europe. Price is also an issue; few would argue, for example, that you can find an American white wine that can rival the distinctiveness of, say, Pepiere Muscadet in that same $11 price point. (In defense of America, there are reasons why, but that's a conversation for another day.)

And who can fault Waters and her wine buyers for supporting Kermit Lynch's simultaneous '70s movement that celebrated small-production, farmhouse French wines? If you think about it, Lynch's anti-commercial, pro-artisan wine movement isn't so far out of step with Waters' ideals. Some, however, might find offense in the coupling of her dogmatic brand of locavorism and her comparatively lax approach to local wine.

Undoubtedly, some will consider Chez Panisse hypocritical for not demanding the wine list follow their canon as strictly as the food—but in the grand scheme of things, it's still a restaurant that is far more dedicated to local wines than some of the Bay Area's more recent farm-to-table additions.

Many of these newer riffs have excused themselves from the debate, citing a terrible reaction to the bigger, riper style of American wine that dominated the last decade. Talk to a handful of Bay Area wine buyers and you’ll find out that they still hold a grudge against California for that and, judging by the comments section over at Eater Seattle, the attitude toward Washington wine shares some of the same latent prejudices.

Out East, in New York City, it's less about wine style and more about the bottomless array of wines available from all over the world. In a city without deep ties to any one philosophy on sourcing food that might inspire widespread support the local industry, its wines often get lost in the candy store, so to speak.

It's true that New York restaurants dedicated to greenmarketism are finally feeling more of a need to support, if fractionally, local wine. But there is no argument that most of the city's wine lists do not reflect the farm-to-table concept that their respective kitchens might extol. The same is true of other cities--like Seattle, Portland, and San Francisco--that lie in close proximity to wine country.

Is this hypocritical? Or a simply logical given the breadth of European wine available in these cities, its relative affordability, and the consumer demand for it?