Sommeliers on Wine Pairing: What Works (and Doesn't Work)

Share All sharing options for: Sommeliers on Wine Pairing: What Works (and Doesn't Work) 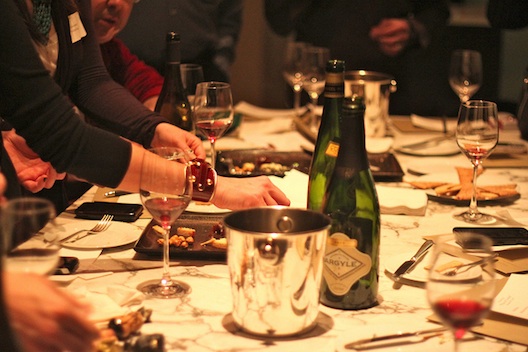 The topic of food and wine pairing is a well-worn one. Google it and you'll get at least two-dozen websites dedicated to helping match wine with everything from pâté to popcorn. We spoke with four sommeliers and asked them about their respective philosophies on the topic, how they approach it, and their most memorable food and wine experiences, in order to find out just how food and wine pairing can enhance — or detract from — our understanding of wine.

Some approaches to the topic often careen toward cheese, like, say, whimsically pairing wine with Halloween candy, while others offer heady applications of the scientific method. The former, a more lowbrow approach has a sort of Sarah Palin effect, suggesting that we dumb wine down in order to make it accessible. In reality it's merely a mockery of the topic and an approach that might satisfy soccer moms, but teaches us very little about how to appreciate wine.

The latter, in asking people to master some faux scientific approach to food and wine matching, arguably brings us further from making a connection to anything at all. Naturally what lies between these two extremes is a more tempered — yet still varied approach — that generally urges us to be more aware of what we eat and drink in order to enhance our experience with both. Below, four sommeliers traverse this center. 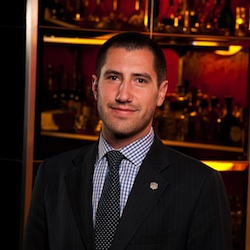 Aaron started his career directly after graduating from NYU, working as a sommelier at several NYC restaurants—including WD50 and L’Artusi—before moving to LA to head up all of the wine programs at the SLS Hotel (including Jose Andres' The Bazaar) in Beverly Hills. He has recently returned to NYC to pursue an internet-based wine project.
What's your personal philosophy on food and wine pairing?
I think it's a rather important part of understanding wine in the broader context. Once you start to understand how food interacts with wine and how the wine can act as just another component of a dish, it helps you better understand why a wine will work with certain dishes and why it won't; that process involves so much discovery of what wine really is, it requires getting past all the fluffy language and getting down to the structure of wine and how that interacts with food ... A thoughtful pairing can be one of the most satisfying things about wine.
What was your most meaningful wine and food pairing experience?
My dad is sommelier as well and so the first time I remember really enjoying wine was around 11 or 12 years old. He gave me a super classic pairing: a little lobe of seared foie gras with a [Hungarian] Tokaj. That little pairing really set me off.
The worst?
Generally, I have the most issues when it comes to dessert pairings. In particular, I was once given a chocolate molten cake that was not an incredibly sweet chocolate, but bitter and light on the sugar. The sommelier poured me some kind of ruby port that was just disgustingly cloying. The moral here is that just because it is dessert, it does NOT mean you can thoughtlessly throw a really sweet wine on the table and expect it to match. It all comes down to the details.
Is there anything that you personally think just doesn't go together that others might extol?
Many people swear by big, full-bodied, juicy reds with grilled beef or lamb, but I just find those pairings kind of boring. Grilled meat doesn't always have the enormous flavor that people expect and so by putting a big red with these types of dishes without tasting, the fruit in the wine often overpowers the best parts of the meat's flavor. 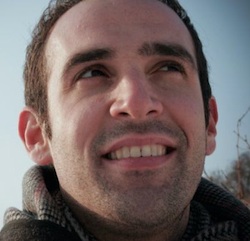 Michael is the chef sommelier at both New York's Bar Boulud and Boulud Sud, is an avid hip hop fan, lover of ramen, and a native of Philadelphia.
What's your personal philosophy on food and wine pairing?
I don't think you have to drink wine to accompany food. It isn't something that is de rigueur, per se. However, when you have an amazing food and wine pairing the whole is better than the sum of its parts — it makes the whole experience better, but it doesn't happen often. And that's sort of the way it should be.
What's your most memorable wine and food pairing experience?
I've had two pairings that were really memorable in my ten years in wine. One was at a dinner at DB Bistro Moderne the chef was doing lobster with crème anglaise. I chose a St. Joseph blanc and the richness of the wine neutralized the richness of the lobster and the only flavor that remained was this pure vanilla flavor, like a vanilla flower. That's all you could taste. Otherwise you would have missed that flavor, but the wine just put a spotlight on it, and it was fucking awesome.
The worst?
I ordered a large board of charcuterie [at Bar Boulud] and asked my assistant sommelier to surprise me with the pairing. Charcuterie/pate is literally the easiest food to pair with wine — it's meaty, rich, fatty and salty. Cakewalk. My man overthunk it a little and figured that the salinity of the charcuterie it would pair easily with a Muscadet grown close to the Atlantic Ocean. He got the flavor profile correct but what he didn't account for was texture. The Muscadet was barely 12% alcohol and with the richness of the charcuterie left my mouth with a nasty tang of Epsom salt.
Is there anything that you personally think just doesn't go together that others might extol?
BBQ and red wine. Burgers and red wine. Nothing beats beer. 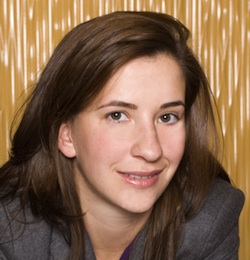 Laura is a master sommelier and the former beverage director for the BR Guest restaurant group. She is currently in the process of opening Corkbuzz Wine Studio, an education space and wine bar, in New York's Union Square this October.
What's your personal philosophy on food and wine pairing?
I am about understanding how food and wine interact. It's about trying to avoid the food or the wine tasting too sour or flat, or one overpowering the other. I don't think that's a science — when we take it to that extreme it makes people want to throw their hands up and just have a beer, because it's too much to think about. It's more about being intuitive, taking a step back and a deep breath and thinking about something as simple as, say, choosing a wine that originates near a body of water if you're having shellfish.
What was your most memorable wine and food pairing experience?
I remember Fabio Trabucchi when we were opening Fiamma did this simple pasta dish — buccantini with sea urchin, pane fritto, and golden raisins — and I remember not knowing which component to play off of. I ended up with a Weinbach Pinot Gris from Alsace. It was almost as if the texture of the wine and the texture of the sea urchin were the same. It was magic."
The worst?
Don't get me wrong, I love orange wine (aka skin-fermented whites), but one of the worst pairings I've ever had was oysters and caviar with an oxidized, nutty, skin-fermented pinot grigio. What I wanted was a glass of perky, high acid, refreshing white wine.
Is there anything that you personally think just doesn't go together that others might extol?
I am not a huge fan of Roquefort or Stilton Cheese with Port and other sweet dessert wines. I like my blue cheese stinky and I feel that the sweetness overpowers the cheesy goodness. For me it's better with a glass of vintage Champagne; the acidity cuts through the richness of the fat and allows the cheese to stand alone. 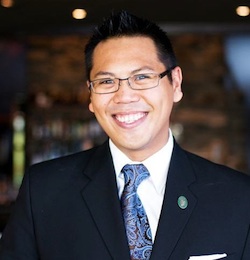 Nelson is the wine director at Seattle's Canlis restaurant. He started his career in the kitchen and eventually found his way to wine, through food.
What's your personal philosophy on food and wine pairing?
I think a lot of sommeliers start off loving food first and they start thinking about combinations and eventually gain an interest in wine through a great moment or simple curiosity ? I think in the context of a restaurant you're trying to tell a complete story and there's no romance if the wine and food don't connect; if sommelier can't point that out to you or at least try to, then the whole thing is lost."
What is your most memorable wine and food pairing experience?
It was really early for me. It was roast duck from Chinatown and Châteauneuf-du-Pape. Having a dish that I loved since I was a kid with a wine that I knew little about, but wanted to understand was a real turning point for me.
The worst?
Oysters and Malbec. I remember sitting at a bar on a beautiful summer day on Seattle waterfront and this couple next to me swore they loved oysters, then they ordered Malbec! It sounded disgusting, so, one day I decided to give it a whirl. Imagine chewing on foil, then the sound of nails running across a chalkboard, finishing with a kick to the nuts. That's what it was like.
Is there anything that you personally think just doesn't go together that others might extol?
Heavy red wine and cheese.