The Kurdistan Episode of No Reservations: Just the One-Liners

Share All sharing options for: The Kurdistan Episode of No Reservations: Just the One-Liners

Anthony Bourdain went to Kurdistan on last night's episode of No Reservations, and despite some pre-trip hardcore security training exercises, he ended up having a pretty quiet time. Also, he rode a Ferris wheel. Now, on to the Quotable Bourdain — feel free to add your picks in the comments.

1) On where Kurdistan is, exactly: "When I explained that Kurdistan — these days anyway — is recognize and primarily consists of the northernmost parts of Iraq I'd receive a look that could best be described as 'Holy shit!'" 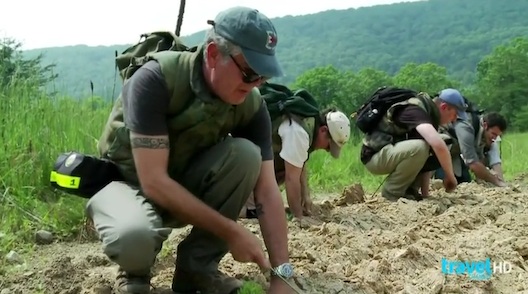 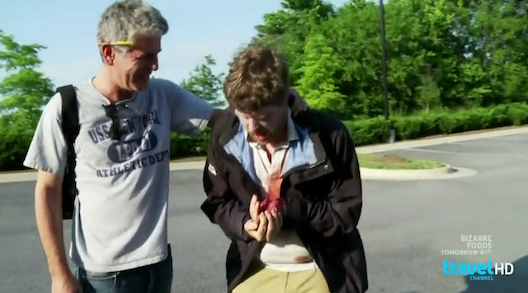 8) On how he rolls in Kurdistan: "In something of a reversal for the Iraqi central government, they've sent two jumbo Russian-made helicopters and crew to help the Kurds show off their region to the visiting American TV guys."
9) "Not too long ago the appearance of helicopters over this area would not have been a welcome sight. Today? It's a ripping good time." 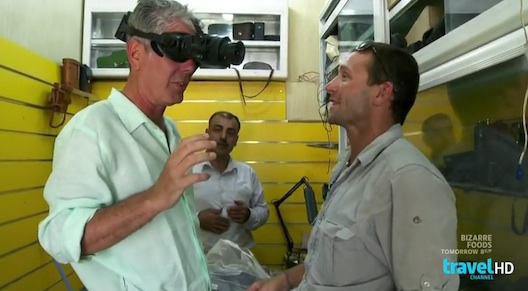 10) On some high-tech goggles: "I feel so 'Science of the Lambs.'"
11) Again, on the goggles: "You could make your girlfriend look like Paris Hilton with these."
12) On chicken, lamb, almonds, raisins and rice baked in a crust: "You gotta have the gut bomb. I mean, it almost sounds like a dare, right?" 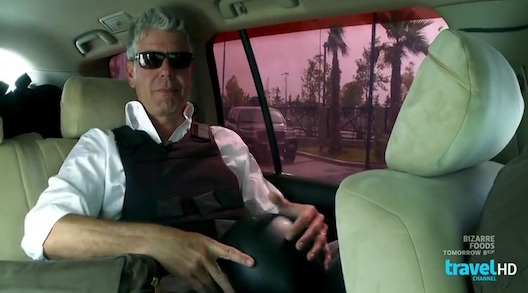 13) On things his body armor doesn't cover: "I don't know what your priorities are but my heart's like, number two."
14) On what to do while stuck at the Turkish border: "I'm thinking of volunteering for the cavity search just to relieve boredom."
15) On what he actually did while stuck at the Turkish border: "I've got a few more levels of angry birds...actually, I don't."
16) On his security team: "It gave us a nice snuggly feeling at night knowing you guys were around."

Also, Bourdain retweeted a No Reservations viewer's complaint that it was "Disconcerting when the @TravelChannel hawks @NoReservations T-shirts in the bottom right-hand corner while Kurds are talking about genocide." There was this: 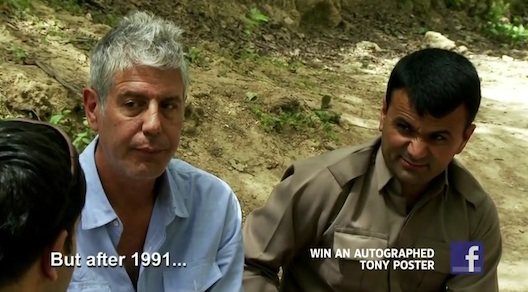