Wylie Dufresne Will Make Cheese That Tastes Like Ketchup 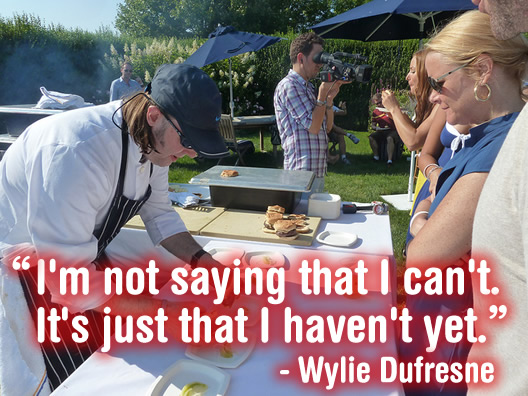 The fifth annual Burger Bloodbath went down this past weekend at the Gilt City House in Bridgehampton. Called "an epic battle for the title of BEST BEACH BURGER on the east end," chefs including Michael White, William Tigertt (Freemans), and Marc Vidal (Boqueria) all threw down. 2010 defending champion Mo Koyfman came away with the win. (See recaps over at Gotham Gal and BlackBook.)

Above, a photograph of chef Wylie Dufresne who had a goal (but failed) to make cheese that tasted like ketchup. Queried by a bystander about his failure to create that storied fromage, he said: "I'm not saying that I can't. It's just that I haven't yet." He did, however, make his own American cheese. Also: his custom Pat LaFrieda meat blend included seaweed and milk powder. There were raves. Below, a photo of the burger itself: 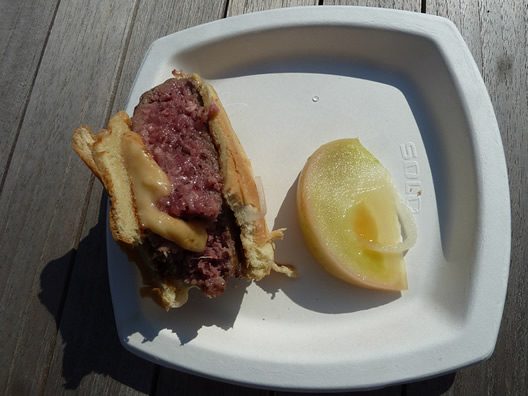