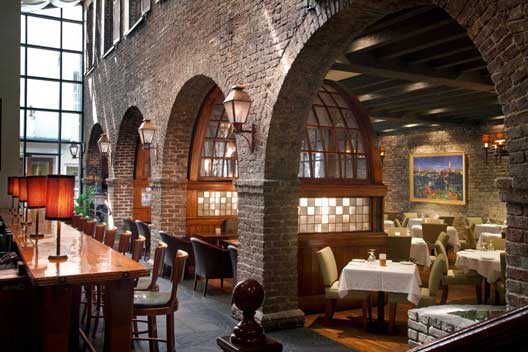 James Beard Award-winning chef Sean Brock of Charleston restaurants Husk and McCrady's provided a short but entertaining list of just a few of the shenanigans he has witnessed. The good news ? these are tales of thievery interrupted. Though we're guessing the restaurant didn't end up serving that almost-stolen ribeye:

1. I went to get ice from the ice machine by the back door towards the end of service one night, and when I opened the lid, there was a ribeye sitting in there that someone was planning on stealing, or had put there for someone to come in and grab quickly.

2. A bum came upstairs in our banquet kitchen one night, went into the closet in there and was attempting to steal our chef de cuisine's bag when [McCrady's chef de cuisine] Jeremiah [Langhorne] confronted him and asked why he was stealing his bag, the bum said, "Oh, I'm sorry man; I thought it was a tote."