The Ukraine Episode of No Reservations: Just the One-Liners

Share All sharing options for: The Ukraine Episode of No Reservations: Just the One-Liners

Last night was a particularly productive episode of No Reservations — at least as far as the Quotable Bourdain goes. Blame it on the Ukraine, blame it on the radiation from Chernobyl, blame it on the bottles and bottles of vodka consumed, blame it mostly on Bourdain's buddy/co-traveler, Zamir Gotta, but for whatever reason, Anthony Bourdain was on fire with the one-liners.

Zamir holds his own against Bourdain, too; whatever happened to that spin-off TV show called Komrads he was supposedly getting? Anyway, on to the Quotable Bourdain — feel free to add your favorites in the comments.

1) After meeting up with Zamir: "You should hold small nations hostage. There's money in it."
2) On the Charge of the Light Brigade, which occurred during the Battle of Balaclava: "One of England's greatest stories of military heroism, but at the same time something of an epic strategic clusterfuck." 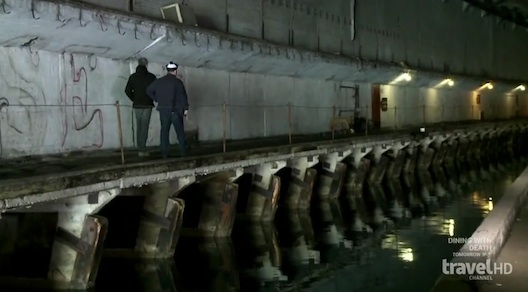 3) On an underground cold war submarine station: "But no longer. Now it's part of a museum. Though Zamir's got other ideas that include bottle service, lap dances, and velvet ropes."
4) On the mix of military history and nightclubs: "With any luck, it'll soon be Defcon One on the jello shots and chocolate martinis." 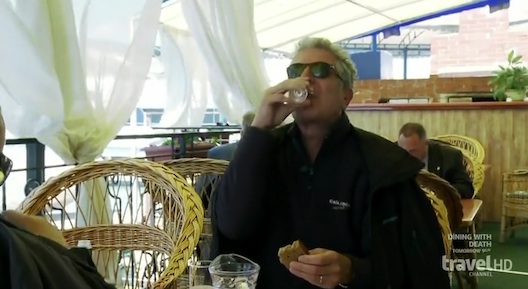 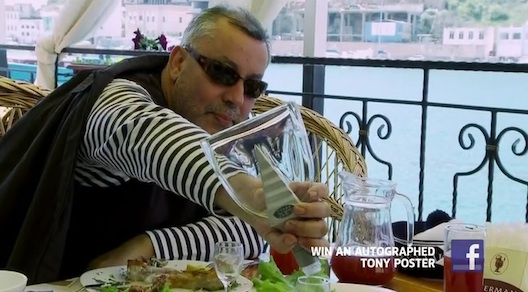 9) On drinking: "We're hitting the sauce hard now. Bottle one goes down fast. Then, some pepper vodka. Then some more carafes of regular — or was it high-test — then numbers three, and four and possibly five become a blur."
10) On friendship: "If anyone's irradiating my testicles, Zamir, it's gonna be you."
11) On Bruce Willis: "Bruce Willis sucks, from beginning to end. Smirking, fucking cocksucker. He's been useless." 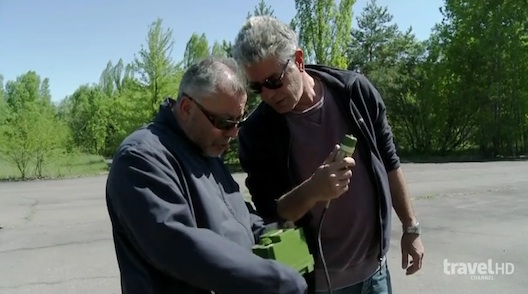 12) On how you solve a problem like Chernobyl: "The best and seemingly only solution was to literally cover the whole thing up in a cement icing."
13) On Chernobyl's legacy: "I think future archaeologists will look at this, whatever's left, and see buildings intertwined with old-growth trees and wonder, boy these guys really fucked up."
14) On when it's time to go: "Before I can grow a pair of big radioactive fucking man boobs. And like tentacles."
15) On radiation: "I was gonna say what's cooking but I'm afraid it's my dick." 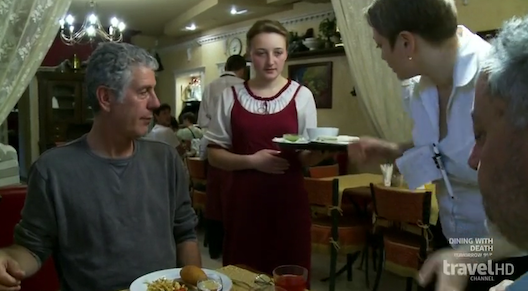 16) On borscht: "Believe me you'll be trying a lot of borscht of various hues during your stay."
17) On the drink of choice: "Vodka's hitting me like a train. I'm hanging on to verticality."
18) On Chicken Kiev: "As soon as you cut into it, the melted butter leaks onto your plate like a busted condom, leaving you a curiously dry ball of rubbery fried chicken-like material."
19) On the drinking schedule: "My liver's swollen up like Steven Seagal at a luau buffet." 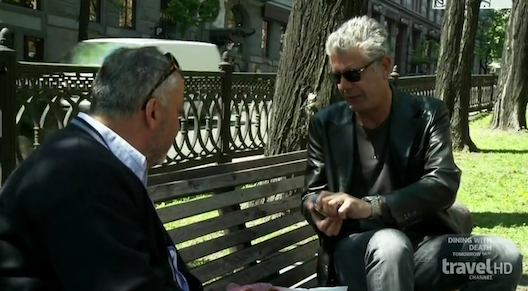 20) On black market caviar: "In the time you took to buy that stuff, I just stepped down the way a little bit. Scored this my friend. This is a great country."
21) On the possibility the caviar is from the Caspian Sea: "What in New York would be about a grand or so of some high-test caviar from, well, who knows for sure. I have my suspicions."
22) On sausage: "Tis my mission in life, if I have a mission, it would appear, to wander to and fro, hill and dale, walk this earth like David Carridine, spreading the word, pointing the way towards gleaming, tumescent and enlightening forms of mutant hot doggery. This is my calling."
23) On Zamir's manners: "Can you stop asking everybody if their food come from Chernobyl too? I think they're a little sensitive about that here." 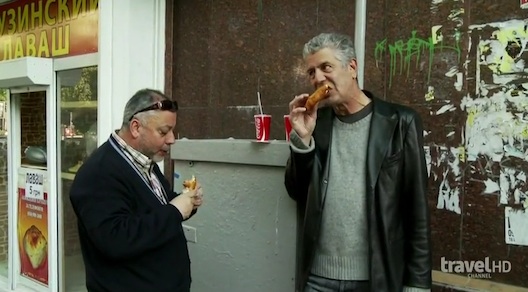 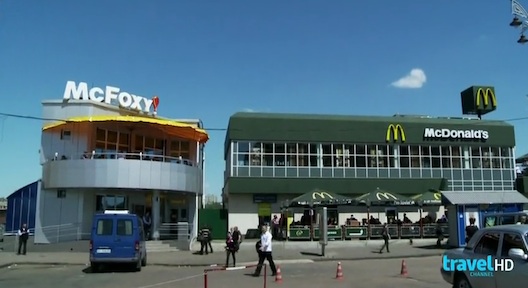 26) On Ukrainian McDonald's ripoff, McFoxy's: "It's about quality, Zamir, and clearly McFoxy's has that in spades."

Restaurant Website the Infatuation Has Been Bought by JPMorgan Chase