UK Subway Franchise Closes Early Due to 'Collapse of Society'

Share All sharing options for: UK Subway Franchise Closes Early Due to 'Collapse of Society'

The world is ending and the staff of a Manchester, England Subway is getting out while they still can. Here's a photo by Sophie Miller aka @xsophmayx from yesterday of a sign on the door informing potential customers they were closing to avoid rioting and looters: "Due to the imminent collapse of society we regret to announce we are closing at 6pm tonight." Which is actually quite polite? Maybe they're wrong about that whole societal collapse thing. Well at least there's hope, but there are no sandwiches (at least after 6PM). Here's the full image: 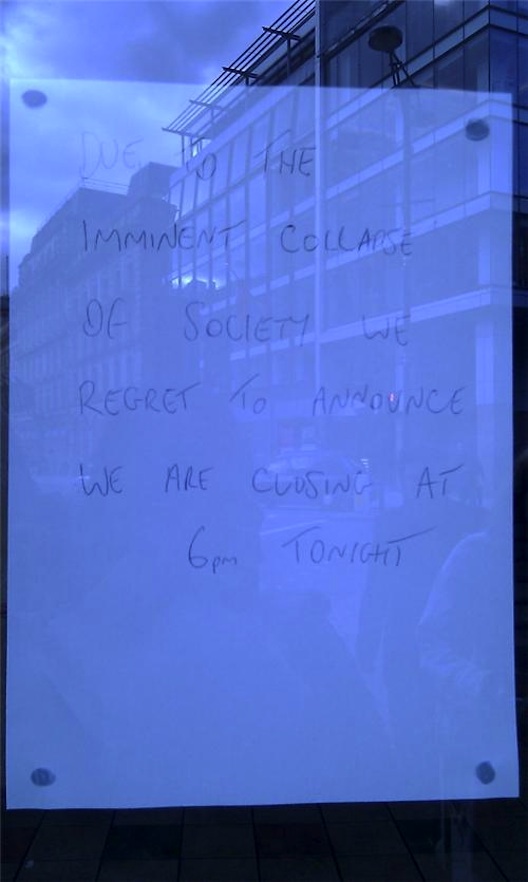 This Crispy, Creamy Socca With Ratatouille Will Transport You to the South of France