Chefs Weigh In: Does America Have a Culinary Identity?

Share All sharing options for: Chefs Weigh In: Does America Have a Culinary Identity? 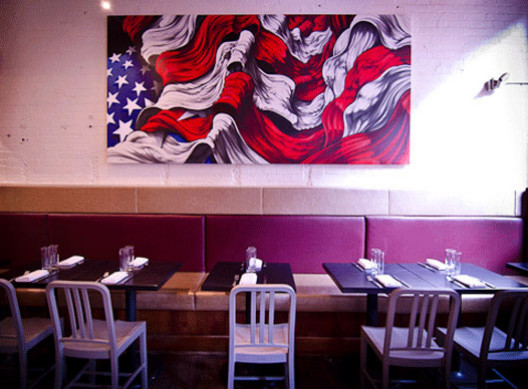 Food writer Josh Ozersky argues this week in his Time column that America has yet to declare its culinary independence. He suggests that the major schools of thought "governing" our chefs all derive from other cultures: "We have lived up to the promise made at our [nation's] inception. Except when it comes to food."

With that in mind, we decided to ask several chefs working in the USA to react to the article and its arguments. Here now, a bunch of chefs — Michael Schwartz (Michael's Genuine, Miami), Todd Stein (The Florentine, Chicago), Jennifer Carroll (10 Arts, Philadelphia), Tory McPhail (Commander's Palace, New Orleans), Bryan Voltaggio (Volt, Frederick) — take on the question. 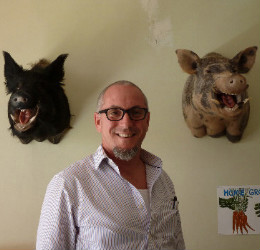 I'd say that some of what Mr. Ozersky argues is correct. But that's the whole point: everything new is old, but we (America) are not that old, so of course we borrow from older societies and cultures.

In our short history we have accomplished much, and by taking the best elements of many cultures, we've created a foundation for future generations of chefs. To quote Henry Ford, "I invented nothing new. I simply combined the inventions of others..."

So I'm not sure what he means when he says America "can't get it together after 235 years." We are just getting started! 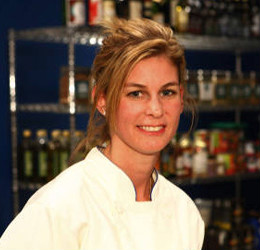 When I first read the piece I got a little upset. But if I think about it, even though I disagree with a good number of the points, some are very valid.

To be at the forefront, chefs need to go out on a limb and be more creative. But there are several reasons why we may not stick our necks out more; most importantly, taking risks can lead to economic failure. So in most cases, we draw from others and don't go outside the comfort zone.

One of the crucial steps we need to take is finding a way to make the American public more open to trying things. A lot of food media and television are helping out in that area. I hope that it's not always going to be Capital Grille and Olive Garden for most folks in the future.

At the end of the day, it all comes down to how you navigate that question: Am I going to live and work for my family or be creative and take risks in the kitchen.
[Photo credit] 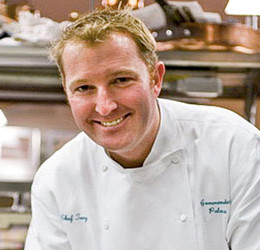 My reaction is in no way intended to be disrespectful to Josh Ozersky, but I have a different perspective as the Executive Chef at one of the oldest restaurants in America.

If the article is meant to take a look at the history of world food in regards to which countries have contributed most significantly, it's my opinion that we need to look beyond France and Spain and really go back more than 1000 years to the food of the Orient. The same technique used to cook a tough cut of meat in China centuries ago is modernly known as braising, a French technique attributed to Escoffier from about 150 years ago.

Some of the best chefs are in France because the greatest Portuguese chefs fled their homeland nearly 300 years ago and immigrated there.

Presently, aside from molecular gastronomy, there are seven basic cooking techniques that are used worldwide to craft indigenous cuisines. The author uses France and Spain as the benchmark for modern cooking, but the same could be said about almost most any country in the world.

At the end of the day, the more important, vital thing for me—regardless of where the ingredients, cuisine, and technique come from—is what's at the end of the fork....bite after bite. I think what we have accomplished in Louisiana, New Orleans, and Commander's Palace is exactly. And when we're talking about the origin of American food, we have to look at the vastly different regions that make up this country and what history exists there.
[Photo credit] 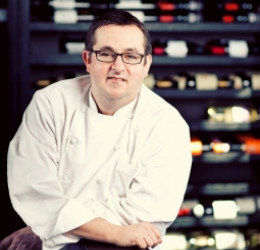 The thing that is so great about America is that it is a welcoming melting pot of people; it can be seen very clearly in our cuisine.

Our food is a great combination of many ideas, people and places. You can look at American-born chefs and see their influences come from their childhood and where they have traveled. 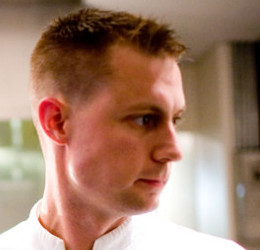 We have not placed ourselves at the top of a food trend or movement due mostly to the youth of our country. But we've always been an innovative society: we've invented and developed light bulbs, communications, computers, and cars. We built America with great diversity in culture, and this process brought forth new ingredients, cooking techniques, farming practices, and an awareness of foods from other parts of the world. At present, we are your one-stop shop for all that is culinary. You may not find the original, but you may find it brilliantly replicated, or in some cases even better than the original.

To say that we have not been influential in the movements Mr. Ozersky cites would be incorrect. There are numerous examples that come to mind, but let's just take modernist cuisine, which I celebrate: America is home to the first (and largest) chemical companies to produce food texturizers and modifiers. With subsidized corn and the modernization of packaged foods, we needed to find out how to manipulate our food, hence the tools needed to create modernist cuisine. If Frito Lay thought there was money in fine dining, then America would have sparked the trend (Sorry, but a frito is not as cool as a crisp nori cracker, or a puffed gruyere muncho). America has played a major part in these developments.

To say we have to step up and create our own independence in food is spot-on in many respects. We as a country have given so many tools and opportunities for others to use as their own or to reformat to make their own. We are a young, growing nation in culture and tradition, but rich and vast in history in the technology arena. American chefs have only just gotten their feet wet.

Mr. Ozerzky's article is one written in the great American tradition: somebody has to say we haven't done it. I do think that we are a nation of innovators and that there will be a trend in cuisine that will be all-American. I bet we'll see it in our lifetime.
[Photo credit]