Chefs Weigh In: How Hard Is it to Find Good Young Cooks?

Share All sharing options for: Chefs Weigh In: How Hard Is it to Find Good Young Cooks? 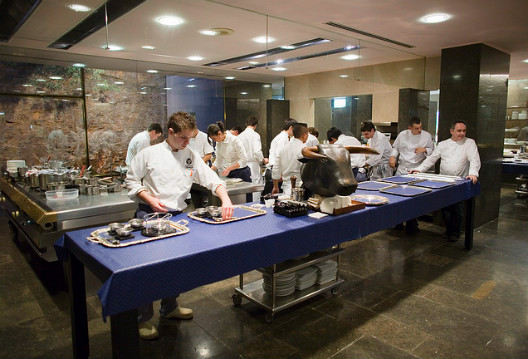 The scene at elBulli's kitchen, where many a young cook has toiled [Photo: Charles Haynes]

Recently David Chang tweeted, "Cooks today not as skilled as past generations, labor laws too stringent, not a bad thing but certainly the demise of dining in general." The comment marked the beginning of several interactions between him and colleagues like René Redzepi concerning the surprisingly arid landscape when it comes to finding reliable young talent. 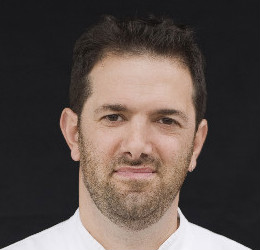 There are several factors at play here — I should say I'm not a sociologist and I don't want to lump everyone into a category — but it's pretty tremendous and odd that becoming a cook is socially acceptable and occasionally even cool now. The fact that people are going to culinary school in droves is interesting to me. But I often question whether or not these kids are getting into it for the right reasons. A lot of them don't have an accurate picture of it and don't think that they'll have to pay their dues.

What we get now are these Gen Y kids that aren't used to receiving feedback that's even remotely negative. They're not necessarily the come early, stay late types. They don't understand that this is a craft. Who doesn't wish this was easier? But at the end of the day, it's basically cabinet making. You learn how to build a cabinet or build a house, and that's what people hire you for. It takes time to develop that. It used to be cool to work for chefs over many, many years, and then when you were thirty, you could maybe strike out on your own.

The cool thing now is to not commit to anybody and go to Europe and have your mommy and daddy pay for you to do these stages. Then they come back and say, "I worked for René Redzepi" or "I worked at Le Chateaubriand." You didn't work there. You peeled fucking carrots and put it on your resumé.

The other thing is that culinary schools aren't setting expectations. You basically don't need any experience to get into the CIA anymore. It used to be that you needed a year in a restaurant and things like that. Now they just want your money and don't bother to tell you that when you leave culinary school, you'll be lucky to make twenty-thousand dollars and won't be able to pay back your loans. So that's a part of this, too, because they are telling you that you can be a sous chef in two years.

So basically I'll get these resumés — Sean Brock and I were talking about this recently and it seems we've had similar experiences — where I start drooling at some of the credentials on paper. But it turns out they don't know how to peel a potato. Is it prevalent? I wouldn't say it's the vast majority, especially because certain restaurants get more attention because of the whole PR thing. And mine might fall into that category.

But I do miss that line cook who says, "I will do anything. I will be here. I won't question. I will say, "Oui, chef." Because we don't have spring training in this craft. There's no doubt, though, that it's my responsibility to work to instill that. 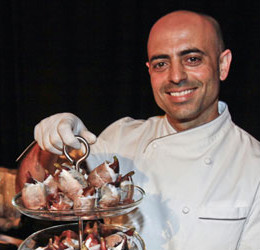 We've been lucky: everyone wants to work in a fast-paced, busy New York City restaurant, so I've been able to be a bit more selective with the talent that is coming through the door. And to me, it's such a pleasure to be able to pass along my skills and knowledge to them. So, in other words, it's not been so difficult in my case. 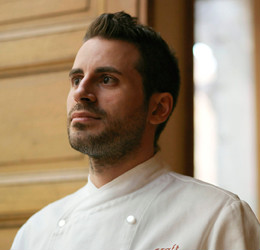 Talent is in many ways an innate thing. I think what these chefs are really referring to is the people that will come into the kitchen and not have the drive and commitment to use and develop those talents.

If there's frustration for a chef trying to staff a kitchen, it's because it really takes a lot of mentorship and training to develop a team. If I'm Tony Maws or David Chang or myself and I put time into training people, and they're gone in a year, six months, or even less, you have to go back to square one. When you bring people in, they don't know how you want things done; cooks are not just interchangeable. It takes time to have someone meet your specific requirements. If you have a staff where most people have been there for two years, and suddenly a good number of them leave, your talent pool gets significantly diluted. There's no fast solution.

When I started cooking, you used to stay at a place for two years. Then you left and went to another place for two years, and so on and so forth. Hell, when I was getting started, some chefs would tell me, "If you stay here less than a year then I'll blackball you." That never happens any more. The chivalry has been lost. Now every resumé that I get shows people that move around more than once a year. It's hard to really harness any kind of talent other than natural talent in a cook if they're not stable.

So it's not a question of innate skill but really that the industry has changed. Someone can have a natural talent for singing, but it takes time and effort to become a better singer. It's the same thing with being a cook.
[Photo credit] 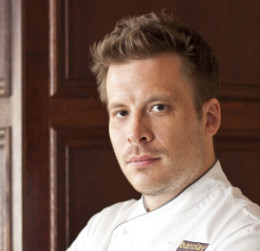 Yes, I do believe it to be the case that there's less good, reliable young talent out there. Although it is more apparent here in the States than abroad. In Hong Kong, the cooks I had did three times the work of a young cook here. When I was in Beirut earlier this year, the cooks did not have the best foundation but they were disciplined and hungry for knowledge. My garde manger team in Panama was top notch. In the States, it's all talk. Kids want to learn how to make a sphere of whatever before knowing how to make a proper red wine sauce. The problem is the executive chefs at the mid-range level are not leading and nurturing their cooks — there is no foundation, everyone just wants to be a superstar.

I have been very lucky to have great mentors. Claude Troisgros taught me to create a sense of family in the kitchen and that classic French cuisine can be played with. Laurent Tourondel taught me to never, ever sacrifice quality and to give the customer what they want and charge them for it.

I plan on instilling in my cooks the same values I learned at a young age in the kitchen. In the end I blame the American food media, mania phenomenon, and cooking schools who graduate kids as long as their checks clear. 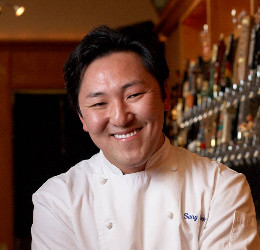 It's harder to find good cooks. It's not so much talent that you look for in young cooks. It's worth ethic — showing that you'll do whatever it takes — that is the key factor. I look for dedication and loyalty, since if I'm going to invest time in them, I want to be sure that they stick around, absorb the information, and want to move themselves up.

What's also vital is not having people that want to just microwave their careers to the top. There's a lot of that these days, which there wasn't years ago when I first started. You couldn't become famous at this so easily. When I was coming up as a cook in the late 80s, there was no such thing as Food Network; Julia Child was the celebrity chef. My generation did it for fairly basic reasons. This is something we really wanted to do, and there was no ancillary motive. Today, with the popularity of some of these chefs, it's almost like wanting to be an actor — these visions of grandeur. I think that there's a lot of kids coming up now whose goal isn't to be a top technician or someone who wants to hone their craft, but more that they want that notoriety. And that's very new to me.

There's more and more people to choose from now, but it's harder to weed through that number of applicants. It's difficult to figure out who I'm going to put that time, effort, and money into. Unfortunately I don't see it getting any easier in that respect.