Share All sharing options for: Top Chef Texas to Bring Pee-Wee Herman Back to the Alamo 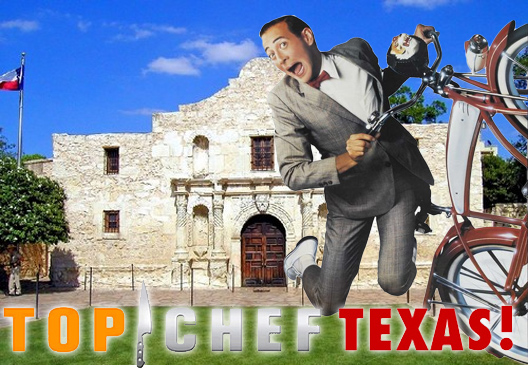 There might not be a basement at the Alamo, but there will be cheftestapants. According to a movie industry blogger Anne Thompson as well as Variety's Marc Graser, Pee-Wee Herman told fans at Comic Con that he's going to Texas to film an episode of Top Chef at the Alamo. The Alamo, of course, figured heavily in his 1985 film Pee-Wee's Big Adventure.

That meshes with Eater intel, which has the show heading back to San Antonio after shooting in Austin. Below, some reminders of Herman's longstanding relationship with the Lone Star state.

Video: Pee-Wee's Big Adventure: Deep In The Heart of Texas