Chicago's Growing Wine Scene, According to Its Sommeliers

Share All sharing options for: Chicago's Growing Wine Scene, According to Its Sommeliers 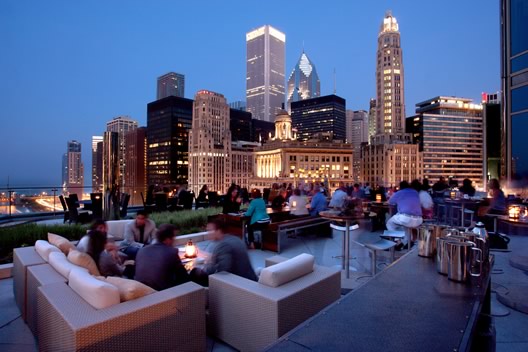 Chicago is often seen by outsiders as a town where boutique wines are slayed by cult Cabernets and beer always wins the day. But as the city's dining scene continues to become more and more dynamic, it's building a wine scene that threatens to overthrow the prevailing steakhouse mentality and, at the very least, nudge beer culture around a bit.

To find out exactly what's going on with windy city's wine consumption we've polled some of the Chicago's top wine professionals including Shebnem Ince, wine director at Henri and The Gage and one of F&W's top sommeliers of 2011 and Fernando Beteta, Master Sommelier and Education Director at Tenzing Wine & Spirits Company. What we've come out with is varied account of how Chicago has grown (from chipping away at the underworld of kickbacks and bribery to a new found acceptance of the esoteric and obscure), what's hot right now (orange wines!), and how Chicago measures up against America's other great wine cities. 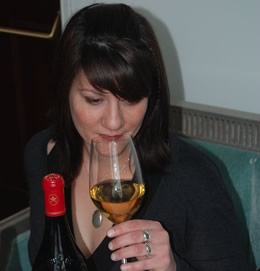 Shebnem Ince, Henri and The Gage

Recently christened one of Food & Wine Magazine's Top Sommeliers of 2011 for her exclusively biodynamic, organic, and non-interventionist at Henri, Shebnem Ince is one of the sommeliers leading the charge for smaller, slightly more esoteric wines. Aside from Ince's dedication to conscientious wines, what really makes her lists at The Gage and Henri unique is the sense of humor and playfulness that Ince injects into both lists. At Gage, for example, she's titled her full-bodied whites section "Joans" which Ince describes as her "homage to Christina Hendricks of Madmen, who brought sexy back to a 40-inch hip." Here's what she had to ay about the state of her city's wine scene.

What does Chicago have (or lack) that other wine cities do not?
Chicago is a market susceptible to thievery, bribery and kickbacks. To put it bluntly, many lists are 'bought' by certain distributors. The city is also rife with overly frugal restaurant owners who are unwilling to sacrifice a sliver of the profit and loss to salary a dedicated wine person. General Managers — good ones with solid wine knowledge — are often saddled with other duties in addition to running the wine list. It's tiring and, thus, often a position vulnerable to the easy way out.

What is the most striking development in Chicago's wine scene over the past few years?
The dilapidation, stone by stone—Sam's was the first to go down—of that aforementioned wall of corruption. Buyers are more interested in wine, wine-making, farming, and the purity of product than box seat tickets to a tired old Paul McCartney concert (I don't care how awesome Jet sounds live - wines like Domaine Baudry's 2005 Chinon 'Les Grezeaux' are infinitely more life-changing).

What is your go-to wine region(s) at the moment?
Anywhere that you need to stop the car and vomit mid-drive from the sharpness of the curves and precipitous altitude of it all. Spring Mountain, the true Sonoma Coast (up near Cazadero), Vallee d'Aosta, Bizkaiko Txakolina. 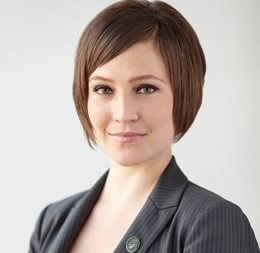 For a bit of a different perspective on the Chicago wine scene we tapped one of the city’s most respected sommeliers working in the fine dining sector. Rachael Lowe has racked up a pretty decent resume, which includes work as a sommelier at Bouchon in Napa Valley and Gordon Ramsay's eponymous restaurant inside The London NYC. She settled into Sixteen, taking the once California Cab-heavy list deeper into Europe and the rest of the world, even halting for orange wine or two. It's a populist list, but its sense of adventure remains intact.

What does Chicago have (or lack) that other wine cities do not?
I feel that Chicago is a rather late bloomer when it comes to a lot of things, including wine. I still face quite a bit of resistance to suggesting smaller label wines, let alone wines from regions no one has heard of. There still seems to be a persistent presence of a steakhouse mentality, which seems to limit some guests in terms of thinking outside the box.

What is the most striking development in Chicago's wine scene over the past few years?
Places such as Avec have begun to sprung up and feature wines that are not well-known. One might think this would scare people off, but it's actually quite the opposite--they could not be busier.

What's hot right now?
Winemakers such as Abe Schoener from the Scholium Project in California, producers from Arbois, and orange wines from not only Gravner, but many others, are finding solid placements within many programs.

What are your go-to regions at the moment?
The Rhone Valley, both North and South, as well as Sicily. From the Rhone, Cornas, including the wines of Thierry Allemand. Chave is another favorite, specifically his whites from Hermitage, though certainly not easy on the pocketbook. A great value and incredibly delicious are the wines of Azienda Agricola COS out of Sicily. 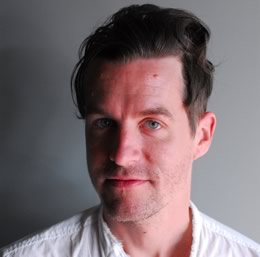 Jeremy Quinn has spent more than 12 years in the wine industry—working in both retail and restaurants—in Chicago. He joined Webster's Wine Bar, one of Chicago's great wine destinations, nine years ago and has gone on to open Bluebird (2007) and Telegraph (2011) since. His lists—which focus on small Old and New World producers working as naturally as possible—are among the city's most beloved.

What does Chicago have (or lack) that other wine cities do not?
From my point of view, Chicago wine drinkers are amazingly curious and open to discovery, and that makes me very happy. What we may lack, in comparison to NY or SF, is a media 'taste-maker' like Eric Asimov at the New York Times.

What is the most striking development in Chicago's wine scene over the past few years?
The increasing availability of 'natural' wines.

What's hot right now?
I've watched dry rosé take off this year like no other; I can't seem to stock enough of it! Txakoli wines also have a following and there is an enormous curiosity about and appreciation of reds and whites from the Jura.

What is your go-to region(s) at the moment?
I'm really into what's going on in Sicily and Sardegna; a handful of maverick winegrowers are totally transforming how we think about 'typical' wines from both islands. 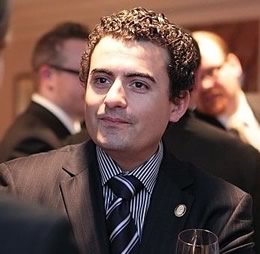 For a little perspective from the distribution and education side, we tapped Fernando Beteta, pone of 181 Master Sommeliers in the country and former beverage director at the Ritz Cartlon Chicago and NoMI at the Park Hyatt. He's now the Education and Social Technology Director at Tenzing Wine & Spirits Company, a boutique distributor refreshingly at odds with Chicago's once dominant culture of big, puppeteering distribution companies.

What does Chicago have (or lack) that other wine cities do not?
There are many great wine programs with classic producers domestic and imported but not as esoteric as you would find in New York. Chicago is still a very domestic wine market (about 50/50 American wine to international wine).

What is the most striking development in Chicago's wine scene over the past few years?
The introduction of many new wines from around the world. There are now over 100 small distributors in Chicago, most of which have sprung up in the past 10 years. With that, we are introduced to niche wines from France, Italy, Spain, Austria, etc.

What's hot right now?
Besides Malbec-a-mania that has swept most of the country? Several of the new restaurants are pouring wines from kegs and orange wines are getting more attention. Also, women drinking more wine—that's hot. Everywhere you go, you see more women drinking better and substituting wine for cocktails.

What's not?
I think overpriced lists and 1000+ selections are overdone. Restaurants are focusing on smaller lists, without redundancies, at lower prices.

What is your go-to region(s) at the moment?
Cru Beaujolais. The wines are fantastic with food, they are way cheaper than the CRU from Burgundy, with just as much terroir character and complexity.

The Chicago wine scene in one word:
Phenomenal. 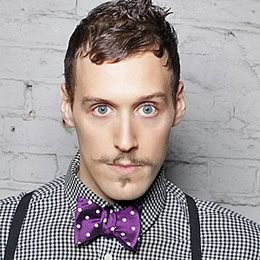 Styled like an old apothecary manual and filled with about 60 small producers, Simon's list is, as he puts it, "a record crate full of awesome shit."

What does Chicago have (or lack) that other wine cities do not?
There's a great deal more community in Chicago, IMHO. So perhaps the competitive side isn't as cutthroat as our coastal friends. But, in an awesome paradox, we are lacking the open-mindedness (I mean in yanking folks from the Steakhouse Mentality), understanding the value of quality wine (i.e. paying a little more for the best stuff regardless of price range).

What is the most striking development in Chicago's wine scene over the past few years?
Appreciating the awesome commodity of Lightening Up. We aren't saving the world or curing cancer... and while I take my career very seriously, there's no need for any fictional austerity or mythical hoopla in selling people killer (not literally) wine. Secondly, the formation of Tenzing: A Wine & Spirits Company. While this may sound like the most obsequious shit ever, they truly are the Apple Computers of the distribution world.

What's hot right now?
Savennieres is hot, always will be; anyone who thinks otherwise isn't coming to my birthday party.

What's not?
It doesn't get any more tepid than Bordeaux.

What is your go-to region(s) at the moment?
Galicia / Castilla y Leon. There are some extraordinarily sophisticated, vibrant, forward-thinking wines [coming out of these regions]. That, and my mythical valhalla — where I'll someday ascend — will look something like the Valdeorras.