The Best Champagne-Inspired Wine Lists Across the Country

Share All sharing options for: The Best Champagne-Inspired Wine Lists Across the Country

Champagne is one of the world's most storied wines; a symbol of wealth and prosperity, it has been the drink of monarchs and conquerors, soldiers, monks, and looters. These days, it is often seen as intangible: a special occasion wine to break out when babies are born or someone gets a promotion. Or, more cynically, a luxury item marketed as the liquid equivalent of Louis Vuitton — not ironically, the company that owns Louis Vuitton, LVMH, also owns six Champagne houses — and poured all over Lamborghinis and half-naked women in rap videos.

As a result, Champagne has often struggled to find a place in our everyday lives and a spot at the dinner table. But things may be slowly turning around. According to a 52-week study released yesterday, imported sparkling wines have seen a 10% increase (domestics are up 6% as well). These aren't staggering numbers, but they're healthy.

So in the spirit of this sparkling growth, here's a look at the imaginative Champagne and sparkling wine lists — and their stewards — at LA's Son of a Gun, NYC's Compose, Portland's Pix Patisserie, and DC's SAX. To the sommeliers: 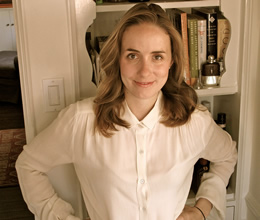 Helen Johannesen, Director of Operations and Beverage Director at both Animal and Son of a Gun, has boldly fashioned a by-the-bottle list that is entirely Champagne. Why? "Champagne doesn't get the recognition it deserves," said Johannesen. "And I saw this small restaurant as a great opportunity to showcase smaller growers without the marketing dollars behind them." For those bent on resisting the Champagne, there's a small selection of still wines by the glass, and non-Champagne sparklers by both the glass and bottle.
If money was no object, what would you drink off your list and why?
"2002 Pierre Peters Les Chatillon Blanc de Blancs ($150) or 2004 Marcel Moineaux Grand Cru ($150). They are just so incredible, elegant, and exciting. They might not be the most expensive but they are two of my favorites."
What would you drink if you were on a budget?
"When creating the list I tried to carve out a few bottles of Champagne around $100 that are really excellent values, but that's really the lowest you can go. I decided that we would always have 4 [non-Champagne] sparking wines — be it Cremant, Moustillant, or Petillant — as an alternative both stylistically and at a lower price point. Many of these options are well below $75 and absolutely delicious in their own right." 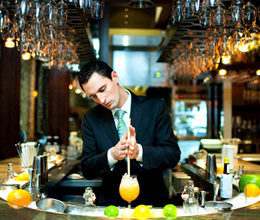 Eamon Rockey, a former bartender and captain at New York's acclaimed Eleven Madison Park, has taken his expertise downtown to fashion a 600+ selection wine list with a spirited cocktail program to match. Champagne is a passion of Rockey's, and he's chosen to stack the list with just under 40 selections that pledge allegiance to the grower-producer. He plays a lot with Champagne to compliment the restaurant's tasting menu and is adamant about trying to get diners to think about Champagne like they would a still wine. "It breaks my heart when people ask me whether they should have wine or Champagne," he says. "I'm trying to prove that there's no difference."
If money was no object, what would you drink off your list and why?>
"I believe that sparkling wine expresses itself particularly well in large format. It is a rare treat to open a nice big bottle of Champagne with food and friends, and there are few better suited than Henri Billiot's Grand Cru 2002 ($280) in magnum. Though certainly still a young bottle, with a bit of air and interest, its Pinot-heavy cepage conveys a focus, structure and elegance too rarely experienced by even the most well-versed aficionado."
What would you drink if you were on a budget?
"Bernard Remy Carte Blanche ($66) is truly a bang for the buck; there is no reason that grower-producer Champagne as mineral-driven and vivacious shouldn't be available to everyone!" 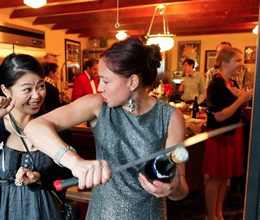 Cheryl Wakerhauser's patisserie cum brasserie is the somewhat unlikely home of one of the country's most charitable Champagne selections. Wakerhauser's goal is simply to "make Champagne accessible and affordable." By that she means keeping the mark-ups insanely low on her selection, which focuses on grower-producers, includes a section dedicated to the Special Club, and offers more Champagne under $100 than anywhere in the country (see: Bouchard Infloresence @ $68, '04 Gimonnet Paradox @ $60, and so on).
If money was no object, what would you drink off your list and why?
"Well, as always, this would depend on my mood. It is a tough question! I think today it would be the Diebolt-Vallois, Fleur de Passion Blanc de Blancs Brut 1997 ($160). Diebolt-Vallois makes some truly elegant and graceful wines with refreshing floral and citrus notes that make me think of Spring. And since it has been raining for weeks on end in Portland, I think it would make me very happy."
What would you drink if you were on a budget?
"I have lots of choices here since, by keeping my prices not much over cost, half of the list is under $75! (Now that is, as the French say, Sup-er!) Again, a tough decision, but I'll go with Chartogne-Taillet, Cuvée Fiacre Brut 2002($72). I was just in Champagne in May and paid a visit to Alexandre Chartogne. He is doing some very ambitious things with his wines, including no filtering so when tartrates build up in the bottle during hand riddling, he hits each bottle with a wooden hammer to break them up and continues the riddling. Now that is a labor of love! The 2002 Fiacre is a very classy wine that is ready to be enjoyed. Watch for the Les Barres at Pix in the future." 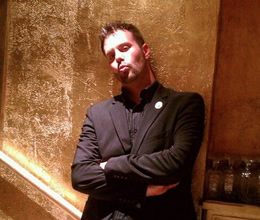