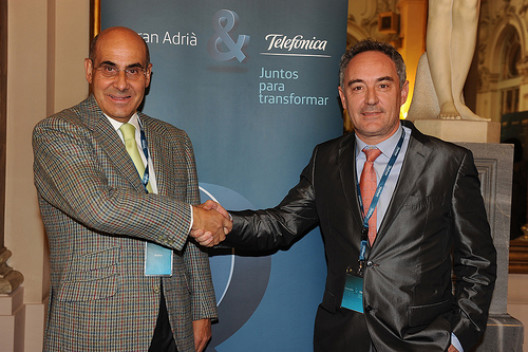 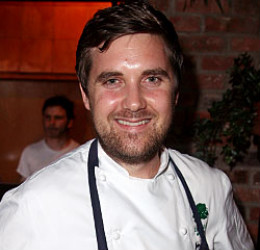 The expectation of many clients is that a cook will be behind the stove his whole life. But that's unrealistic. You need to continue to move and grow, so there have to be other means of revenue and ways of getting your name out there.

I can attest to the fact that things go wrong in restaurants, and having a different stream of funds is important; diversifying would be helpful.

Would I do it? In the right situation, yes. But I would need to have a genuine belief in the product.

At the end of the day, though, I'm only concerned with my herd of sheep. Far be it from me to judge someone else's decisions. 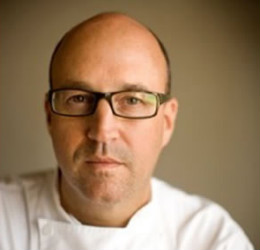 This is such a terrifying conundrum. When on one hand you have the opportunity to participate with a multinational and make a difference by helping to craft foods on a huge scale that could help stem the tide of obesity which is consuming our nation, trusting a huge power to do the right thing is as daunting a proposition as there may be.

It is, or at least should be, incumbent upon us as chefs to help make a difference in the eating habits of our guests, whether in menu/dish design or offerings. An alarming number of American meals are consumed outside of the home or are not home-prepared, and as a result, we chart the course of a certain amount of the food journey people take in their lives. The American diet is atrocious, as a general rule, so if we have the opportunity to help correct that issue, we should, without any hesitation.

To get in bed with the likes of Pepsi is the opportunity to broadcast that influence to all corners of the American public. Not to single them out, but Pepsi owns Frito Lay, Tropicana, Quaker and Gatorade, to name a few, so to gain access to an audience like any of those is to potentially have an impact on hundreds of thousands of consumers. This is certainly an appealing thought, but where the rubber meets the road for these guys is in the accounting office and, all too often, good intention is steamrolled by economics.

I am incredibly wary of involvement with anyone when my name is attached. I don't think I am remotely unique, as anyone would want, I think, to be represented accordingly when lending (selling) their name to a product. From my experience, the bigger the corporation, the less control you have over the end product. It's a dangerous game to play, I think, but who am I to judge anyone's motivations. You just won't see me on any Applebee's commercials. PBR, maybe...
[Photo credit] 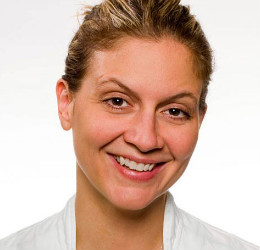 Restaurant: Soon to open her own in NYC.

I have mixed emotions on this. When first reading the story, I immediately thought about Nate Appleman. It was a huge shock when he became chef at Chipotle. One day he showed me what he was working on, connecting with farmers and making a difference, and all of my jadedness went out of the window. He was really smart in realizing that he has a lot more leverage in a corporation. It opened my eyes, and I admired it. He can make a difference even faster now.

For me to be involved with a big corporation, which I don't think will happen (I don't have the molecular chops and I don't run 5 miles a day in Nikes), it would have to be something really important to me. I would have to be making an effect on something, a significant footprint. And maybe that way I could get some investors for my small restaurant!
Photo credit] 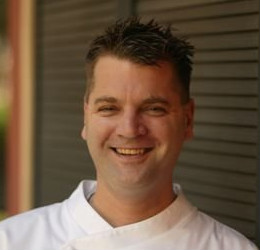 I think it would be all right for a chef to enter into a corporate partnership as long as it has something to do with food and they use the product themselves – it would need to make sense and not feel forced. The benefit the chef receives will highlight them and drive their business. But, drawing the line can be really subjective depending on how much control you have over your image and the product placement.
[Photo credit] 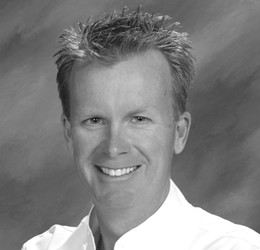 I think that it is of interest to most chefs that Ferran Adria partnered with Pepsi. But the general public will probably have no clue who he is or what he is about.
[Photo credit]