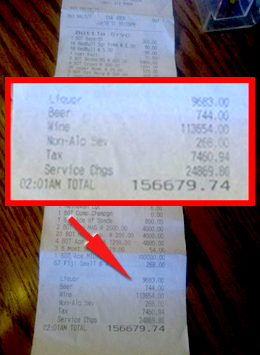 Drinking champagne from the Stanley Cup is practically mandatory if you happen to win the legendary hockey trophy. However some of the Boston Bruins players engaged in this ritual using a $100,000 bottle of champagne, only part of the resulting $156,679 bar tab.

The pricey celebrating took place at the MGM Grand at Foxwoods' club, Shrine, which helpfully put out a press release explaining that the champagne was a 30-liter bottle of Ace of Spades "Midas" and one of only six in existence. Also noted: the bottle was double the size of the $90,000 bottle of Ace of Spades brut that Dallas Mavericks owner Mark Cuban recently ordered up for his own championship celebration.

Also consumed that night: Red Bull; sugar-free Red Bull and 136 Bud Lights. At least some people were remembering to hydrate with 57 bottles of Fiji water at Here's a larger image of the receipt. 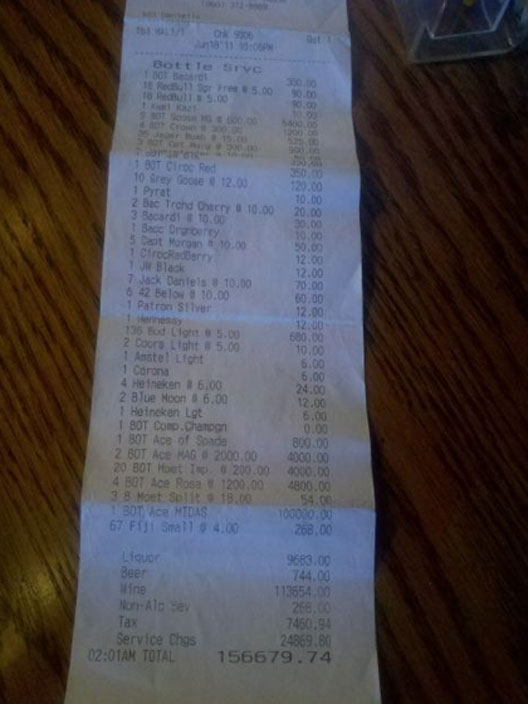