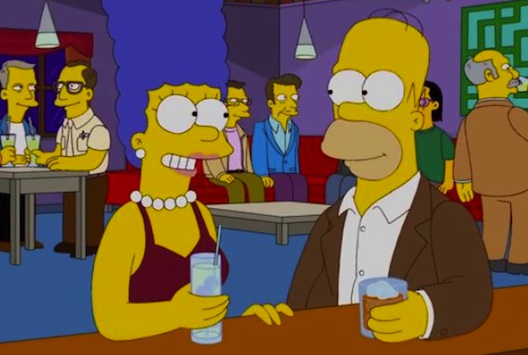 Even Homer takes a break from the beer every once in awhile. [Photo: Fox]

Choosing a top-shelf spirit or a nice bottle of wine for dad's big day always seems like a great idea until it comes down to the question of what. To soothe this last minute stress we've developed a buying guide based on dad type. Simply select the dad that most closely resembles yours and voila: a recommendation. You're welcome and Happy Father's Day. 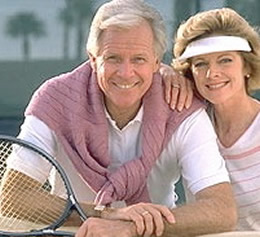 Does your dad belong to a country club and wear a man ring from an Ivy League school or one of those that has "State" in the name? Does he slap the asses of grown men? Does he own a bottomless selection of polo shirts, which he tucks into generic jeans or chinos? Does he drive a convertible in a climate that renders it utterly impractical? Does he encourage, by way total disinterest, your mom’s penchant for rooster motifs and addiction to useless kitchen items like gravy boats and melon ballers? If so your dad probably loves a good California Cabernet—but nothing his friends won’t recognize. He drinks Silver Oak and Rubicon as if they were apertifs and breaks out the Harlan on anniversaries. Your dad may not have taste you agree with, but hell there’s no converting him now. Here are a few high-octane wines that might inspire dad to look beyond the Napa Valley.

Pesquera Tinto 2008, Bodegas Alejandro Fernandez AVG $35
Entry-level wine from one of the most famous producers in Ribera del Duero. 100% Tinto Fino (the local clone of Tempranillo) and has all of the brawn that dad loves.

Pauillac 2007, Pontet-Canet AVG $80
One of the few truly biodynamic chateaux in Bordeaux. The wines lean toward modern, but the work in the vineyard and the cellar is thoughtful. This is a great way to introduce him to Napa's muse.

Flaccianello 2007, Fontodi AVG $110
Fontodi's 100% Sangiovese bottling, Flaccianello, is one of the most famous Super Tuscans. Though the wine will certainly be a bit more rustic and higher in acid than dad might be used to, it's extracted and sees enough to new oak to feel familiar.
[Photo: The Snark DC] 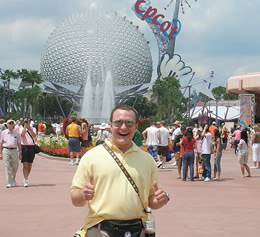 It's hard to imagine a grown adult who loves Disneyland more than your dad. He cracks jokes that recall the awkward repression and campiness of the 1950s. He wears tube socks with sneakers and hiking shorts, as if it's necessary to have shorts with that many pockets when you drive a mini van. He is pretty sure that the fact that he knows who Shakira is makes him pretty up on what "the kids are into these days" and he can't grasp that there is such a thing as too many pictures. He just wants a wine that makes him feel like he's in the in crowd. Give him the gift of Jura and Beaujolais.

Savagnin Arbois 2006, Jacques Puffeney AVG $30
Dad might slightly confused by the oxidative, savory quality of the wine, he'll swoon when you tell him it's all the rage in Brooklyn.

Morgon 2009, J.P. Brun AVG $22
Let dad know that Beaujolais is not only delicious and affordable in comparison to other wines of similar quality, but that by drinking it he's ahead of the curve. Go for something from the warmer, more-fruit forward 2009 vintage like Jean Paul Brun's excellent Morgon.
[Photo: scottbowling / Flickr] 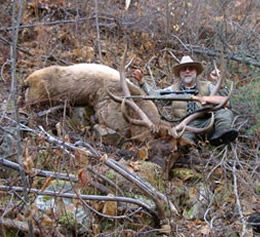 Your dad kills animals for sport. It's OK, we know. Whether it's marlin or moose, he has no interest in stifling his ancient hunter/gatherer instinct. You've never seen him without a beard. Growing up, family vacations often consisted of 10-day hikes into the American outback. He buys all of his clothes at REI and feels a deep man connection to the late Steve Irwin. If this sounds like your dad, he'd probably rather drink the blood of an antelope than drink wine. But he sure loves whisky. This year, give him the gift of small-batch Rye.

Templeton Rye AVG $40
Once the favorite rye of Al Capone during Prohibition, Templeton Rye—which is named for the small town in Iowa where it originates—was once one of America's most treasured, and expensive, rye whiskies. Today's Templeton follows the same recipe and remains one of the country's best.

Whistle Pig Rye AVG $65
Whistle Pig is a 100 proof, 100% rye whisky, aged for ten years in American oak. A small batch treat out of Vermont that's worth the coin, if you have a chunk to spend.
[Photo: IRE] 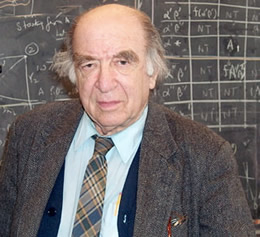 Your dad likely suffers from male pattern balding and wears over-sized tweed jackets. He considers Pynchon's Mason & Dixon a beach read, still reminisces about life before the microwave. He's managed to acquire a group of like-minded friends that have made it possible for him to remain completely unaware of how socially awkward he is. He might be a professor or a scientist, or a psychiatrist. Whatever his occupation is, there's no doubt that he's an educated guy that likes something with a little history and context, but nothing too flashy. Though village-level Burgundy might not be a bad gift for your brainy dad, Germany's Mosel region has an equally storied past and its classification system is easily the most complicated in the world. Win, win.

Riesling 'Von der Fels' 2009, Keller AVG $33
Go with a trocken Riesling, because dad might still equate sweet wine with post-Prohibition American hock, which isn't the connotation you're going for. Keller's Von der Fels out of the Rheinhessen is one of the great values in trocken Riesling.
[Photo: AFP / Getty]