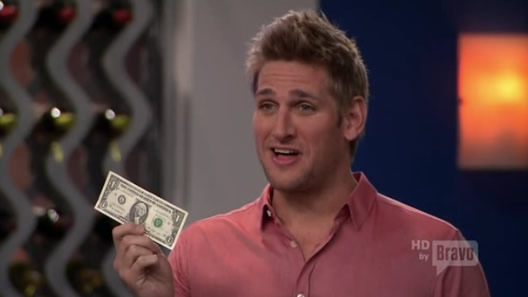 I have to say, the Quickfire sucked this week, but the elimination challenge? OOHHHHHHH, them boys at Top Chef went H.A.M. In an effort to wade through the bullshit and get to the elimination, I’ll give you that Heatmakerz recap #spedup: 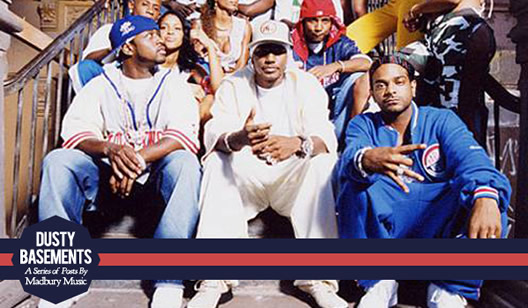 If you actually want to read about the Quickfire, it is the last paragraph of the recap this week. I’m getting to elimination. No foreplay, your mans is comin home soon boo boo. Get in, get out, that’s a OG’s classic. Not trying to leave with a story to tell. If you can follow that, baos on the haus this monday. I’ll give you a hint... holla at purdue, while he play against the Utah Jazz. Sifton, you got this homie. BK all day.

After the Quickfire challenge, it occurred to me: The producers should institute some sort of wine component to the show. I doubt you’d go to any of these chefs’ restaurants and not pop a bottle with your meal. Good food w/o wine or champs is like Elizabeth Hurley. “She don’t know how to top a boss.” - Hugh Grant on why he went cherry red. 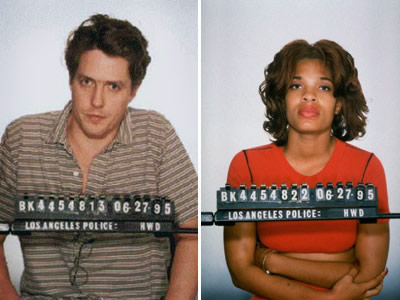 Can never get enough Divine Brown. WOOP. The elimination challenge is for the chefs to cook at Farmer Boys: a fast food concept created by law enforcement to entrap Catholic Priest Pedophiles. You go O-beezy. 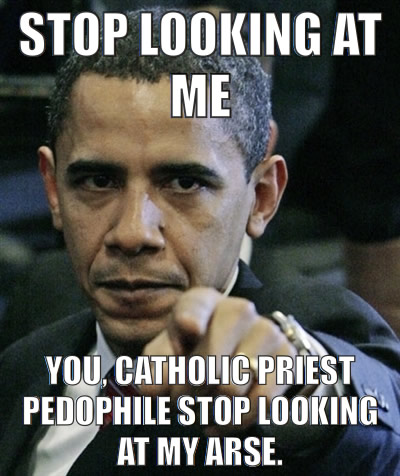 The chefs really don’t like Farmer Boys. Clearly no one likes being used as bait for priests, but really, they’re just elitists.

Traci has been quite endearing lately and has the line of the year. With straight deadpan venom, she says “Naomi grabs the window because she’s so bubbly and entertaining.”

Meanwhile, Floyd takes the register. He looks hilarious standing at the register in his chef’s coat: 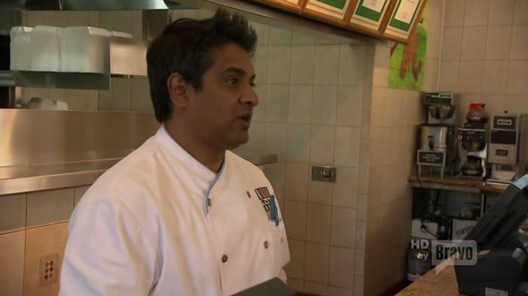 Don’t these chefs have normal clothes? I know the girls must have “indoor shoes”.

Mendes starts to get flustered, I feel a break down coming: “We’re some of the best chefs in the nation... we’re working in a fast food environment and most of us aren’t used to that.” Apparently, they excel at standing around in big hats under heat lamps directing cooks on how to plate elaborate tasting menus, but they can’t say “would you like fries or a drink with that.” These chefs are like the prep school kids who don’t want to play against the poor kids. Don’t worry chefs, poor people don’t have cooties, but they do wild when the McRib comes back. 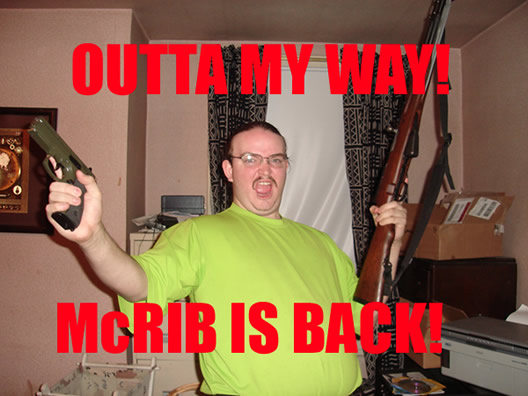 Then the wheels fall off. 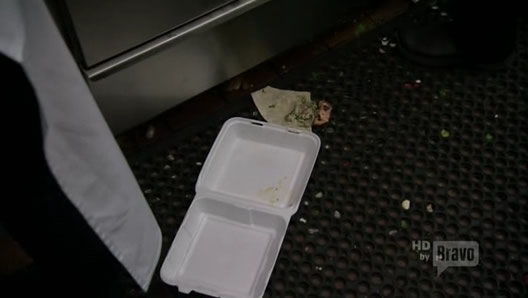 Food falls on the floor, the line owes George salmon, Alex blames George’s expediting, every one is flustered and the kitchen is apparently backed up. I think to myself it would be dope if they had Roy Choi as guest judge on this challenge, but of course, Top Chef misses every opportunity. Oseland arrives wearing a table cloth and tries to get customers to snitch. He asks, “how long have you been waiting?” Guest says 15 minutes and Oseland tries to get him to say 20. It’s pathetic, it’s not dramatic, and any suspension of disbelief we had just dropped into the toilet.

But, Curt Stone saves the day. He rolls up to Farmer Boys with Restaurant Girl in a Lex Bubble. Someone find that sex tape.

Restaurant Girl is extra frisky and talkative today. I have no jokes about her being stupid. She was actually very funny this episode and had lots to say about food. Keep eating your wheaties home girl. I think she’s becoming a real judge right before our eyes. Maybe she should do every show in a car w/ Curt Stone. Then Sytsma gets jealous.

Curt and Restaurant Girl can’t be the only ones having all the fun so he says the same thing Monica said to Bill 15 years ago except he’s not under a desk: “When I was your intern did you think we’d end up here together?”

AHHHH. The boy is hot for teacher.

Restaurant Girl fires back: “This is my first drive thru date. How’s it going?” Curt then calls her a “hush puppy”. He got her open like 7-11, all day, every day, WOOP... Hot stuff. Back to the kitchen. First it was Traci calling out Naomi, now it’s Alex calling out Hugh. I’ve died and gone to heaven. The two most even-keeled people on the show finally say what the rest of us have seen.

Hugh’s attempt at comedy is the least humorous one-minute stretch in television history. Then, the chefs rotate and the ones that were cooking work service and vice versa. The judges then also switch and Oseland/Sytsma get in a car to drive thru. They obviously have never been to a drive thru and act like children. The wait is three minutes but Bravo wants them to bug out so they make a big deal out of it. They get Mendes’ food and it’s bad. Yall know I like George but he literally takes a shit on a plate. 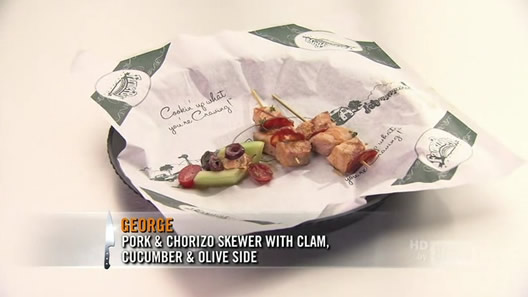 It looks like he’s on a raw food diet with the left side, that then dragged out two chicken skewers from the winter and landed on the right side. Colon cleansed. Traci makes a chicken chili verde burrito that they all go ga-ga over, but come on, it’s a burrito. It’s hilarious to hear Oseland and Sytsma analyze how a burrito is great fast food cause you can drive thru and eat it. No shit! Every college kid from here to Abbottabad has figured that out. Even if they are riding livestock through the drive thru. 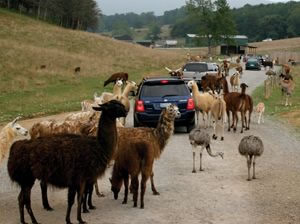 Alex, Mendes, and Tio get called out. This is a recurring theme for Tio now. Can we just eliminate her once and for all across all platforms so she never competes in a cooking competition again? The judges try to put words in Mendes’ mouth to admit he “snubbed his nose” at fast food. 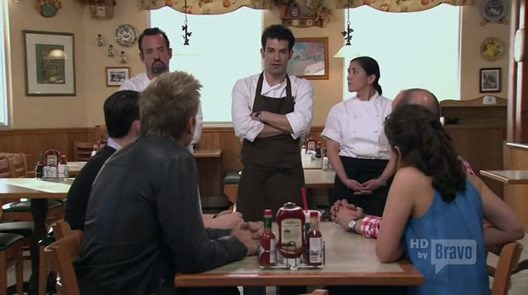 Mary Sue wins with a dope skirt steak quesadilla and quinoa fritters. I want to eat it all. Good for you Mary Sue. She’s been genuine and friendly the whole season, nice to see her win one. Mendes gets booted. I liked the dude, but he really didn’t do that well. Several times called out having the worst dish in Quickfire. 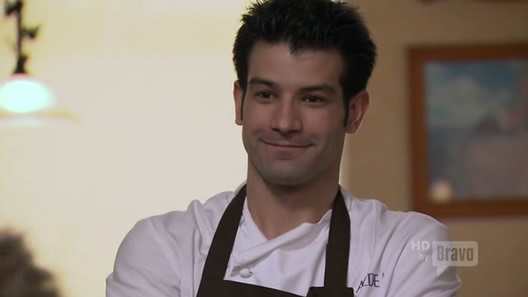 I’ll end on this. I heard Hugh say “it should just be about food” when they went to the judges. So 90's of you, Hugh. That’s what people say when they suck at the other aspects of a restaurant and want to be judged on the battle not the war. It’s like Michael Beasley, clearly the boy gets his stats, but he’s bad for business. The experience is not JUST about food. Why else do we watch travel food shows? You can’t even eat the shit, we eat the story. You’re telling a story with food.

Maybe you’re Roy Choi telling the story from a truck, maybe you’re telling the story under a photo of Billy Joel, or maybe you’re telling it from a pop-up, but the point is, it’s more than what’s on the plate. Even some of the best dishes in tasting menus are great because they’re referential or playing on things that have happened previously in food culture. In this day and age, you clearly should be on your game with more than just the food. It’s still the screenplay of the show, but people want the other elements. Get with the program.

1, 2, 3, GO: Floyd came to America w/ $100, a flavor saver, and Leis. Mary Sue matched her chef’s coat to a calculator a la Digger Phelps’ highlighter game. Hugh says “good chefs should be able to cook anything” and then promptly shows America that he doesn’t know how to crack an egg. Hugh asks if there’s anything on the table for 3 cents, I give him a condom I poked holes in. Alex makes a dope calamari. Naomi kills it with Bread Salad. The producers torture us with more Hugh as he sings the “bacon song”? Even the kids don’t want it. They have extra super duper un-famous people this week: Dinner Party Download. Naomi wins again. Do your thing baby girl. Keep pokin that ass out.