You're Grilling That Wrong: The Best Barbecue Disaster Videos

Share All sharing options for: You're Grilling That Wrong: The Best Barbecue Disaster Videos 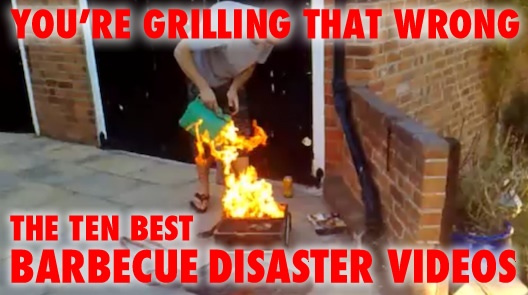 While most food websites out there run snoozerific grilling tips with celebrity chefs pegged to Memorial Day, instead we're celebrating those brave souls who've made the explosive mistakes we all hope to avoid.

Because there's really nothing like a summer barbecue (and beer) to bring out the idiot in everyone, here now, in order from purposeful lighter fluid explosions to actual injury, the best barbecue disaster videos we could find:

8: Flammable Liquid on a BBQ Is Never a Good Idea!

5: How Note to Light a Barbecue

2: "I Think He's One of Those Guys Who Feels Like He Can BBQ Anything."