Share All sharing options for: Here's the Cover For Alton Brown's Good Eats 3

). According to Alton Brown, it hits the bookstores October 4th.

He tweeted: "The red ink used to print GEIII actually has a little of my blood in it. My tears were used in the pale blue backgrounds." Update: He tweets: "So, um...I was making up that business about the blood and the tears. We actually used unicorn bile. The colors really pop."

Also, it comes with a blueprint and stickers to make your own sock puppet. Value-add. 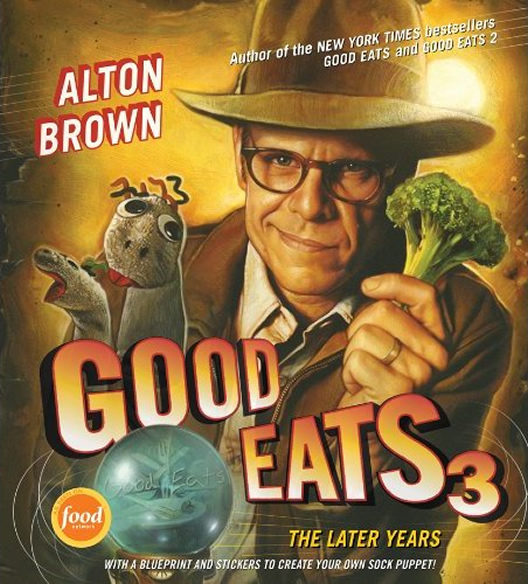