David Kinch on the California Cuisine Renaissance and 'Nauseating' Locavorism

Share All sharing options for: David Kinch on the California Cuisine Renaissance and 'Nauseating' Locavorism 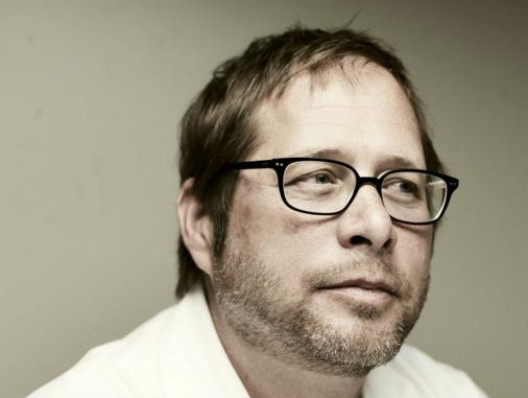 We took the opportunity to sit down and chat with David Kinch — chef of the two Michelin-starred Manresa in Los Gatos, CA — while he was in New York cooking at the James Beard Foundation pop up. Over the course of an hour, the chef discussed the details of his new position as Bay Area Dean of the French Culinary Institute, his thoughts on locavorism, his admiration for the new wave of chefs that are taking California Cuisine forward, and his desire to, for the first time, open up a second restaurant.

How was the pop up at JBFLTD?
The pop up was great. It was four days long. The support team here in New York was really, really good. And we came from 3,000 miles away, so there were all the usual questions of a new, different kitchen. They were very well organized, mainly because Laurent Gras whipped them all into shape when he started things off. The caterer they had working for the event was very efficient.

Was it all your team?
I brought Manresa chef de cuisine John Paul Carmona and sous chef John Madriaga with me and I had some volunteers from the French Culinary Institute and there were a couple of cooks from Great Performances.

Do you feel that anything is lost when you have to bring your cooking elsewhere and serve it in a different environment?
Yeah. For a one-off event, I prefer to bring almost everything with me — the products, the ingredients. But for this, for four days, we had to rely on the kindness of strangers.

What do you mean by that?
Well, you know, we order ingredients and we don't know what we're going to get. A good example is that we got a case of something and picked through 90% of it and only used about 10%. We had to do that with a couple of items, but other than that, everything was OK.

They told me it was going to be $80 for wine and food all included, and that they wanted it to be a casual concept. So my job in the planning stages was to come up with a menu that was really representative of the style of Manresa and what we do, and also to translate it into this more casual format. That's fun, a little bit more of a challenge. We wanted to impress people.

You think the pop up thing has gotten out of hand?
They're fun. It's a nice change of pace that breaks the monotony up. For me, it was a good pause. It's really not different from any of the one-offs we do.

And tell us about the deanship at the West Coast FCI.
About ten minutes away from the restaurant, about ten years ago, they opened up a culinary school called the Professional Culinary Institute. Beautiful facility, brand new kitchens. But they didn't do so well, and it kind of went out of business. So FCI picked it up and is opening a west coast campus. I think they brought me on to represent the school in general, but with a west coast emphasis.

So are you going to develop the curriculum?
I'm going to advise on the curriculum. I'll do some appearances, address the students, do some demos, talk to some students one-on-one. I know they do plan to incorporate some aspects of Love Apple Farm, the place from which we source the products at Manresa, into the curriculum: sustainability issues, local issues, agriculture issues. They're going to incorporate visits to the farm and maybe even externships.

You won't be teaching?
No, I don't have time.

When you read anything on your career, the term California Cuisine is always, always in there. What do you think distinguishes your brand of California cooking?
I don't know if I do anything that really sets me apart from everyone else. What I'm trying to do is to create a restaurant with a sense of place. When you eat at the restaurant, you know where you are. My job is to put a stamp on the food that I put together, but it has a distinct California edge to it. What that is I don't quite know.

But I think that what several people are doing now is this kind of renaissance that's going on in California, especially the Bay Area, with cooking. You're starting to see a new generation of cooks that are building upon what Alice and Jeremiah did. I think even ten or fifteen years ago you still had the copy — people doing the same old thing over and over again. Keeping it simple. But now you have people looking outside for their influences. They're going to New York, they're going to Japan, they're going to Europe, and they're incorporating much more contemporary ideas into their food. But it still has the ethos of California cuisine.

So the "fig on a plate" thing is definitely no longer valid?
What you're seeing now is a new generation of cooks that are moving away from that fig on a plate thing. The Zuni Café, the Chez Panisse way of approaching food, is 20th century. These new chefs are cooking very differently but they still show a tremendous amount of respect for the tradition. That's how all great cuisines are built. You don't turn everything upside down, topsy turvy. That's what trends are about.

Do you think you're part of that current?
I like to think so. I don't lay awake at night wondering if I do. I like things like that to be a byproduct of what we do instead of the goal.

One of the things that strikes me, not having ever gone to Manresa, is the way you write the menu. Items like "An early spring tidal pool..."
Mystery is a big part of it. There was this big trend, I don't know if it was Grant at Alinea, but it was basically listing only three or four things for a menu item. It's a great device. It's ambiguous. It adds a certain element of surprise. In California, in the early 80s, I used to call it "Comma Cuisine." They would list every single ingredient that was in the dish. Wolfgang did it, Jeremiah did it. It would be like, "homemade fettucini with olives comma basil comma tomatoes comma feta cheese" and on and on and on. I always had misgivings about that because if you tell everybody what's in a dish, it kind of raises expectations. There's no "wow" when it's set down in front of you. Sometimes I'll list the meat, the protein, at the very end of [the item description]. It's a matter of switching things around and I think people's eyes are attracted to. It makes them try things they normally wouldn't.

Aside from your obviously terroirist approach to cooking, there seems to be a great deal of influence from other cultures in your food — the places where you trained and traveled to. Which do you think is showcased most prominently?
Most of my training was in Europe, and growing up and as a young cook I always gravitated towards French food. We're a western style restaurant and a lot of the dishes are built on this European model. But in the past couple of years I've taken a real shining to eating food in Japan. The lightness, the delicacy, and the elegance are very appealing qualities that I hope my own food has. That's why I kind of gravitate more towards Japan than anything else. And I do it not to imitate Japanese dishes, but for the whole feel of it — how everything is complexity masked as simplicity and how they pay special attention to how the food looks and the serving vessel it's in, which is something I'm trying to do in much more of a western sense. I'm buying antique plates, I'm buying things with color, things with odd shapes, but not necessarily Asian.

You talk a lot about the farm you work with, so it's worth asking what your thoughts are on the term "farm-to-table." There are those that criticize it, that think it's overkill or out of touch.
We've never called ourselves a farm-to-table restaurant. I think that name has been beaten to death. People are starting to abuse the term, people are latching onto it as a marketing principle. This collaboration with the farm wasn't a political or moral decision, which is pretty nauseating. It was a decision about being a better restaurant and getting better product. In California we have incredible produce and incredible access to produce. You can go to a farmers market and you'll find the best swiss chard you can find anywhere, but there'll be three chefs in front of you and three chefs behind you standing in line. Our decision to go with the farm wasn't sustainability or locavorism. It wasn't a political statement. It was a statement on how we could create a degree of separation from other people and become a better restaurant.

You're not on TV much, and you've always been open about how satisfied you are with having one place and being there every night. Still the case?
Yes, but I would like to have a second restaurant. I really would. I don't know exactly what it's going to be. It won't be as hard as Manresa. It's not going to be the art project that Manresa is. I'd certainly like to have a casual concept, and that's why I was intrigued with the pop up. I just haven't figured out how to do that.