Who the Hell Is Curtis Stone?

Share All sharing options for: Who the Hell Is Curtis Stone? 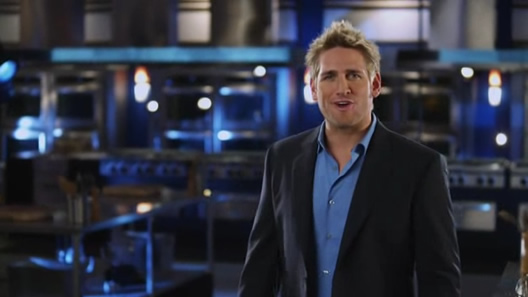 Celebrity "chef" Curtis Stone is everywhere these days: a contestant on The Celebrity Apprentice 3 in 2010 (he lost to Bret Michaels); an investor/judge on America's Next Great Restaurant; and now replacing Kelly Choi as the host and judge on season three of Top Chef Masters. Which begs the question: Who the hell is Curtis Stone?

Well, if you're racking your brain for a Stone-owned or -run restaurant, stop trying. It doesn't exist. Instead, turn your attention to past TV Guides and gaze on the many British, Australian, and US reality-based shows he has graced with his golden locks.

A Brief Stint at Chefdom

Curtis Stone is a man of many nicknames. Well, two at least. He is commonly referred to online as the "young gun chef" but is more hilariously known as "The Quiet Terminator," a name given to him by fans of his Terminator-esque performance on The Celebrity Apprentice. The now 36-year-old was born in Melbourne and started cooking at the age of five with his grandmother. While that level of experience might be enough to get dubbed a "Bravolebrity" these days, Stone took the next step of actually getting some real training. 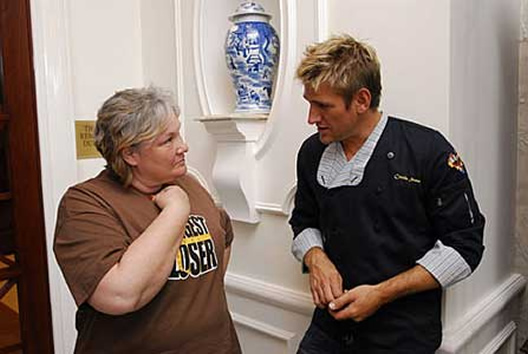 At the age of 18, the golden boy landed a job cooking at the Savoy Hotel in Melbourne. Once he earned the reputation of a qualified chef, he did some traveling (as young Australian men are wont to do) and eventually wound up in London. There, he began working with Marco Pierre White, the mentor of celebrity chef and angry man Gordon Ramsay. Stone worked through three of Pierre White's restaurants: The Grill Room at Café Royal, Mirabelle, and Quo Vadis. He then went on to Restaurant 301 in California. And thus 2002 sees the end of Stone's career as a chef. 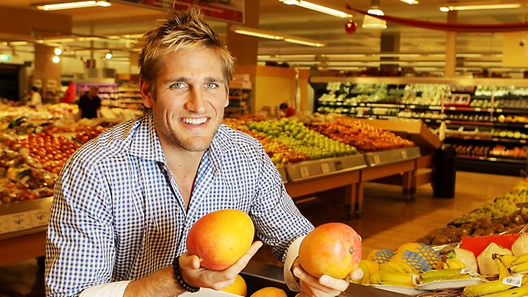 If you visit Stone's website, you'll notice that his "about" section is divided into two tabs: Chef and Celebrity. (You'll also notice that the celebrity portion is double the length of the chef portion.)

We've reached the celebrity tab of his life. He began his illustrious television career with British food programming, but his major break came with his own series in Australia, Surfing the Menu. The show followed The Quiet Terminator and his chef/sportsman friend Bender "Ben" O'Donoghue as they traveled around Australia doing adventurous things like surfing (duh) and hot air ballooning (adventurous? romantic, maybe) and also cooking. He also hosted the first season of Australia's My Restaurant Rules, an interminable and absolutely painful series (imagine Top Chef's Restaurant Wars drawn out to 100 episodes with an American Idol-style call-in gambit every week).

Once he got famous Down Under, Stone returned to England in 2004 to host the first season of the British spinoff of My Restaurant Rules. He then traveled to the States to be the eye candy that accosted women in the grocery store and taught them how to cook on TLC's Take Home Chef.

Since then, he has bounced back and forth between British and American television, appearing on England's Masterchef in 2009 and, bafflingly since he hadn't been in a professional kitchen for at least five years, on Iron Chef America. Too bad: Stone lost to Bobby Flay in Battle Skipjack Tuna. Stone got spanked 49-37. 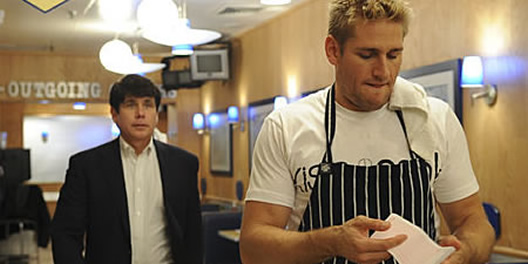 Then he went under the NBC umbrella, appearing on a bunch of the company's properties. Stone appeared on several Biggest Loser episodes — because that's what professional chefs do? He then ran further away from the kitchen and into the arms of reality television by becoming a contestant on The Celebrity Apprentice 3 where he competed against such stars as Sharon Osborne, Bret Michaels, and Rod Blagojevich (he made it week ten). 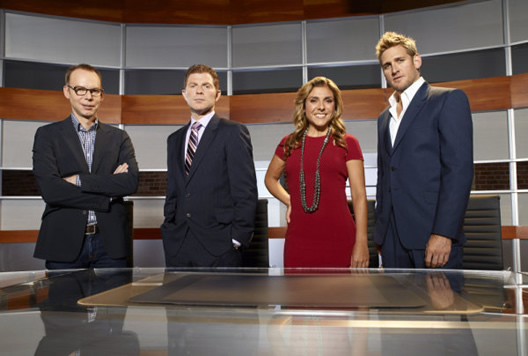 These days he splits his time between paneling on America's Next Great Restaurant and hosting and judging the aforementioned Top Chef Masters, replacing the controversial but lovable Kelly Choi.

Not Just a Pretty Face? 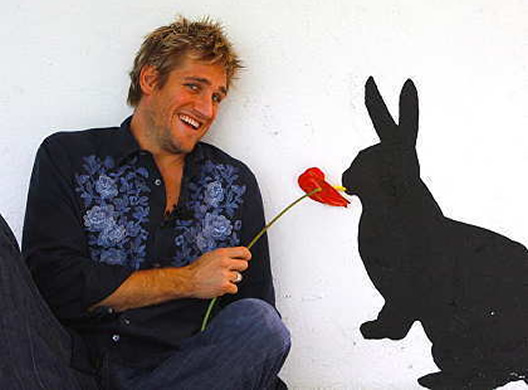 Whatever he used to do professionally in kitchens would surely pale in comparison to what he's cooked up as a celebrichef. Stone has lent his good looks to a whole line of products called the "Curtis Stone Kitchen Solutions." Apparently him hawking cookbooks, cutting boards, and kitchen utensils is used as justification of his business acumen (and presence as an investor) on America's Next Great Restaurant.

Alas, ladies (and interested gentlemen)! You can't take home the real thing. Stone is taken by Beverly Hills, 90210 actress (the reprised series), Lindsay Price. Curiously, when asked by Delish what celebrity he would invite to dinner, he opted for Shakira, saying that he "would cook for her and she could dance." Watch out for that she-wolf, Lindsay. 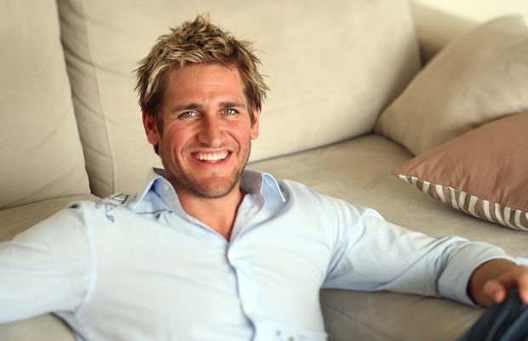 His approach to cooking (when he deigns to enter a kitchen) has been described as simple and seasonal. "Listen to Mother Nature," his Facebook page instructs. But that's not what this man was hired for. His looks have been widely revered from his home country to our own shores where he was voted one of People magazine's "Sexiest Men Alive" in 2006.

Even the wise new Top Chef Masters judge Ruth Reichl has something to say about his dimpled face. In an interview with KQED she commented that Stone was "so good looking, you'd think he had to be an idiot. But he's so smart and has a heart of gold."

Jolly on to Bravo for choosing a host that has actually spent time working in a kitchen, but next time, let's try for one whose current profession includes handling a chef's knife or owning a restaurant or two. But right now, he's as much a chef as Rachael Ray or Sandra Lee.