This is officially a trend now: Marvel has announced that San Francisco chef Chris Cosentino will star in and write for an issue of Wolverine. We know that Cosentino will not be an X-Man, the issue will take place in San Francisco and will be "food-centric." Also, "there are lots of giant robots involved." Giant robots! Mutants! Offal! Sounds good to us.

Cosentino now joins the ranks of other chefs who have appeared in comic form, including Anthony Bourdain, Amanda Cohen, and Eli Kirshtein. Check out the full page view of Cosentino with his new best pal Wolverine below. 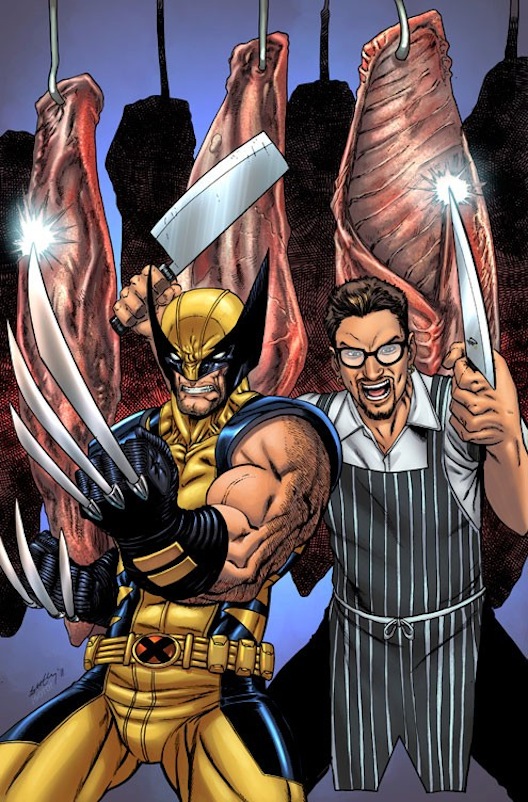