The Story of the Hamburger, Part Three: The Future

Share All sharing options for: The Story of the Hamburger, Part Three: The Future

Here now, we welcome video producer, writer, and hamburgerologist Josh Ozersky to the dancefloor. Having written a book on hamburgers — The Hamburger: A History (Amazon) — and likely eaten more hamburgers in his lifetime than you ever will, he could very well be called an expert in the subject. In his three-part series, Mr. Ozersky will explore the past, present, and future of the hamburger. Today, part three: the future. 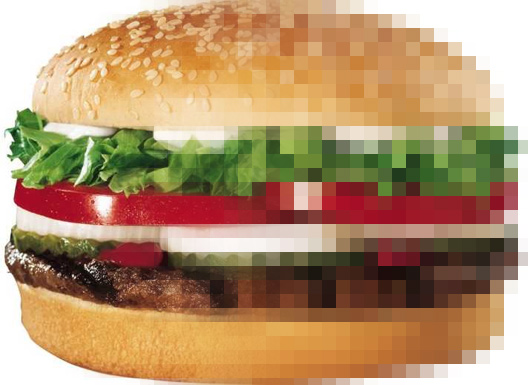 When writing about the hamburger's past, I have a scholar's authority; when opining on the burger's present, I have the confidence of the closest of observers. But when playing Gastrodamus, and attempting to peer into the sandwich's future, I do so at great risk. We all remember Frank Sinatra's catastrophic Trilogy album, whose superb "past"; record and very good "present" sides were eclipsed for all eternity by the terrible "future" disc.

I don't pretend to be a better man than Sinatra. But I think I can avoid embarrassing myself by pointing out a few of the trends that may shape the hamburger's future. They are as follows:

Bigness. Hamburgers have, throughout their history in this country, been effected by a gradual gigantism which has moved in gradual parallel with the size of our homes, cars, and pornography collections. I don't see this trend as stopping. It's always easier to make a bigger hamburger than to make a better one, and the fastest-growing burger in New York today is the massive, ten-ounce beef bomb sold at 5 Napkin Burger. Rent is expensive in New York, and not inconsiderable elsewhere; the only way to pay it is to charge more for hamburgers, and the only way to justify that charge is to make them bigger.

Of course, you can also put more crazy shit on top of them. "Put more crazy shit on top of it" is the mantra of all hamburger mediocrities, now as ever, and I don't see that changing. As the reflexes of prissy gourmands in New York, Portland, and elsewhere trickle down to the American heartland, we'll surely see more "artisinal" (i.e. tough) rolls, Comté cheese, arugula, and the like. I believe that Bobby's Burger Palace will be a pioneer in the "put more crazy shit on top" school. The rationale behind this assumes that consumers want choice, and so chains like Bobby's and The Counter offer the customer an endless variety of toppings. The result is to confuse and confound the burger experience, which should be the simplest and most blissful of food experiences. 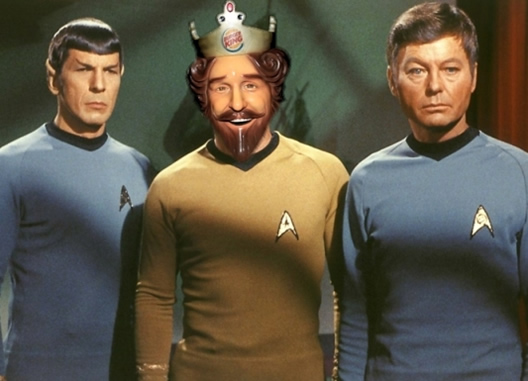 What you will never find at The Counter, Bobby's, Five Guys, or the other fast-growing chains, however, is a better quality of beef. The LaFrieda basic burger blend costs at least two to three times what your basic quick service restaurant pays. A chain that is selling $5 burgers can get commodity beef for 79 cents a pound. They would have to sell three times as many burgers to make the same profit, and human ingenuity is already taxed to its limit at selling hamburgers in volume.

Expect to see worse meat, artificially improved by what Churchill called "the lights of perverted science." Flavor-press grinding technology, sophisticated meat-scraping techniques, advanced emulsification – all these are methods currently in use. Who knows what will be hiding the leathery gristle of worn-out dairy cows in the years to come? Between science and grotesque condiments, the simple hamburger may become as hidden as the catacombs in the Dome of the Rock.

On the other hand, as the hamburger Morlocks go down their dark path, the Eloi will find better and better burgers as the best butchers find new ways of grinding and blending beef, and as they finally give up on their quixotic project to force Americans to eat grass-fed beef – an experiment as unnatural and coercive as collectivized agriculture, or the WNBA. Someone will surely rescue the slider, and restore it to its antebellum, shinto glory. And already, a number of chains like Smashburger, Shake Shack, Bill's, and others are returning the hamburger to its salted, flattened black-iron roots. Eventually, even the irreplaceable white squishy bun may make its return.

But that's just my vision of a happy hamburger future. Yours may be different, and it may come true as well. As long as Americans have a love of hamburgers in their hearts, our national food will continue to grow and develop – for good or for evil.