Share All sharing options for: The Nine Best Internet Hamburger Memes, Ever

Please welcome internet expert Lindsey Weber to the burgery dancefloor. Lindsey is a former Urlesque.com Urlbot who now spends her days at The Barbarian Group. Check her out across the web — on both Tumblr and Twitter. 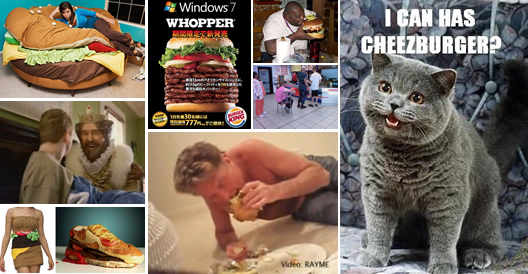 From burger beds to Cheezburger-craving felines, the burger (with cheese and without!) has made its impact. The iconic foodstuff appears in many forms across the internet, and while some are more appetizing than others, all are in the true spirit of the burger: a highly appetizing and highly adaptable meat sandwich. If anyone has any doubts, the internet proves that there can never be enough between the buns. Here are the most famous burgers on the web, ever: 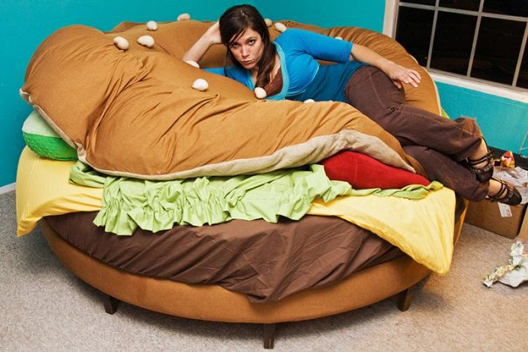 Inspired by a love of hamburgers and 1986's Hamburger: The Motion Picture, Kayla Kromer crafted a bed that combined two things no one had ever thought to combine: bedding and meat. Clocking in at eight feet in diameter, this Hamburger Bed came with a patty-shaped mattress, memory foam cheese, cozy lettuce, tomato, pickle pillows and a duvet bun. Everything's machine washable, but "you may have to replace some renegade sesame seed after a wash." She also claims it to be the most comfortable bed she's ever slept on.

Despite that, Kromer soon put it up on eBay. After a few tries, the bed made its way to Hamburger Harry's Hamburger Museum, where it now lives along with the Cheeseburger Waterbed and the Good Burger Mobile.

I CAN HAS CHEEZBURGER? 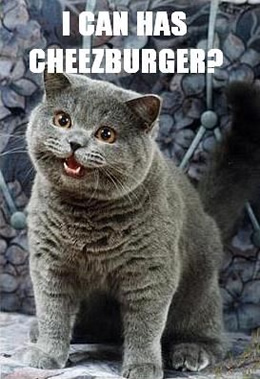 What all began there has now become a Cheezburger Network of over 50 meme-based sites, from FAILs to WINs to the hamburger-laden 'My Food Looks Funny'. But no matter how successful LOLCats get, they will always only want one thing: a cheezburger.

In the late spring of 2007 a video clip hit the web featuring Baywatch alum David Hasselhoff in a drunken haze, chowing down on a helpless cheeseburger in a Las Vegas hotel room. Despite the video's serious nature — it was shot by Hasselhoff's daughter Taylor Ann, who wanted to be able to show her dad his serious drinking problem — the clip leaked, quickly made the rounds and before long was beyond viral. Not long after, the actor quit drinking and even made light of the cheeseburger incident at his Comedy Central roast. This all begs the question: do we have the cheeseburger to thank for giving us our Hoff back?

We always knew Burger King was lead by royalty, but only recently did The King reveal himself to be a lot creepier than imagined. Only a few years ago, advertising firm Crispin, Porter + Bogusky gave Burger King's mascot a modern makeover that turned the friendly ruler into something a bit more sinister. And in some clever viral marketing, CP+B showed The King sneaking up on unsuspecting people, offering them various BK foods. Soon the King's face frozen in grin went from friendly to creepy, delighting the internet and maybe even persuading some to purchase BK's hamburgers ? If only to keep The King away.

Sure you can eat a burger, but can you wear one? The world of burger fashion is vast online with stand-out stars including Joy Kampia's Hamburger Dress and Olle Hemmendorff's Burger Sneaker. One of those is edible and the other isn't, but we promise that you could easily don one of the many hand drawn hamburger-centric Threadless designs — we recommend you try on Burgervetica or The Burger's Inner Core on for size. 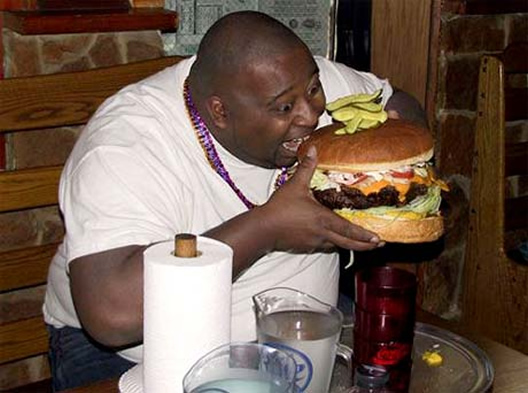 Whatever you use the internet for, you should know that there are people cooking gigantic burgers and showing them off on the web — and not just to a small crowd. Sites like ThisIsWhyYou'reFat (now a book and, strangely, no longer a site) sprung up dedicated to the artery clogging burgers and other deliciously dangerous treats. 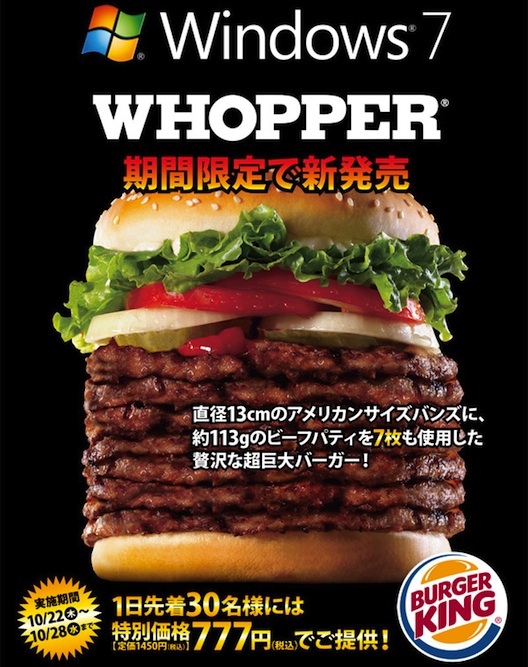 Speaking of huge burgers, did you know that when Microsoft was promoting Windows 7 in Japan they decided to pair up with Burger King and offer a seven beef patty tall burger measuring 13 cm high? All for ¥777 (around $8.55 or so.) This perfectly horrifying campaign intrigued not only the Japanese (the campaign was so successful they extended the burger's availability) but also those of us in the good ol' USofA too. With our experience in huge burgers (see above), let's just say that this one really spoke to us. In calories.

Honestly? We didn't know a lot about Cheeseburger Josh. But our friend Don over at Know Your Meme insisted that Josh make the list, if only for his powerful, highly-aggressive love for cheeseburgers. In a widely spread clip, Josh "Ace" Moll aka Cheeseburger Josh gets wrestled to the ground after fighting with the staff of his local Whataburger in Austin, Texas.

Sitting in Line for Burger King 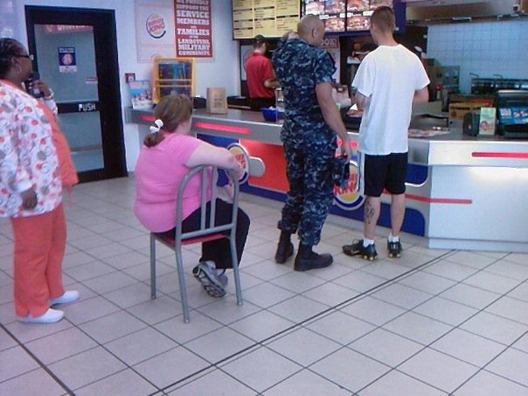 Sitting in Line for Burger King is unexplainable in its magnificence, and just as mysterious in origin. We can't say we know where this image originated — and we've done our research — but all that matters is what you see before you. Well, what you see before you and the 100s of spin-offs, remixes and mashups that came after it: 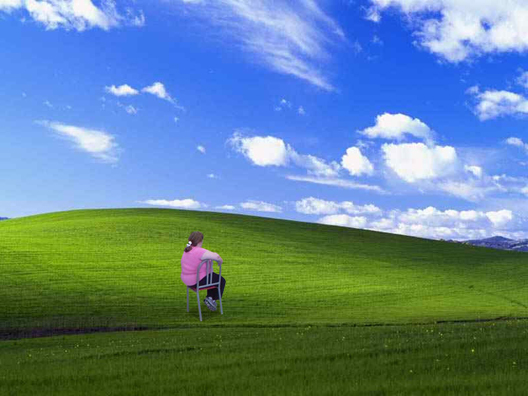 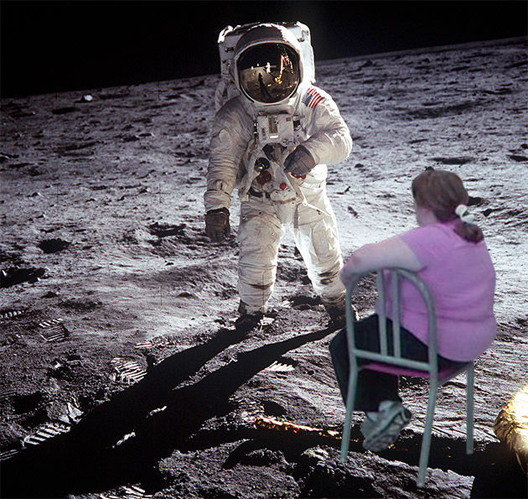