The Next Frontier: Burger Chains to the Middle East

Share All sharing options for: The Next Frontier: Burger Chains to the Middle East

Across the country, new breeds of restaurant chains are popping up to fulfill Americans' endless appetite for the hamburger. From mega-chains in the making to artisan burgers crafted by celebrity chefs, there's a multitude of challengers taking on big players like McDonald's and Burger King. Here now, part three in a five-part series profiling the "better burger" chains. Yesterday was Smashburger, Elevation Burger, and Mooyah Burger, today: upstart chains opening in the Middle East. 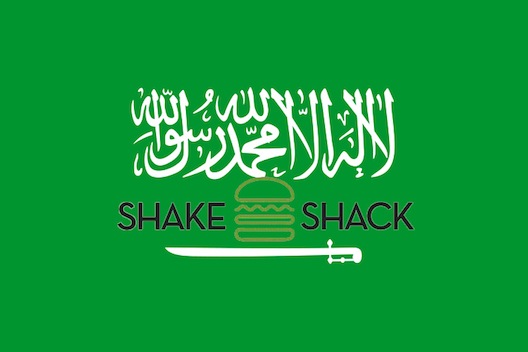 What's the next frontier in burgers? The Middle East. Fatburger, Elevation Burger, Shake Shack, and Smashburger have all either opened locations or are currently developing franchises in the United Arab Emirates (mainly Dubai) and Kuwait. For the first time, Americans are bringing oil to the Middle East and it's oil fit for frying delicious starches to golden perfection.

Fatburger operates two locations in Dubai, and has plans for another six there and 17 in Saudi Arabia. They've also inked deals on 30 stores in other parts of the Middle East. Elevation Burger has signed on for six stores in Bahrain and Kuwait.

Shake Shack has a contract for seven locations in Dubai and Saudi Arabia in addition to a new restaurant in Kuwait City. Smashburger is currently recruiting partners in both the Middle East and South Korea. It's official: the new prime strip mall location isn't a high-traffic corner. It's transliterated in Arabic.

The Middle East presents tremendous opportunities for expansion for American burger chains thanks to strong commercial markets and the well-documented penchant for new development. According to Smashburger founder Tom Ryan, "There is a high demand for aesthetically-differentiated concepts like ours. We've focused our growth by building upon the experiences we create and cater to, and those experiences are also in great demand in the Middle Eastern marketplace."

Sourcing Meat in the Desert 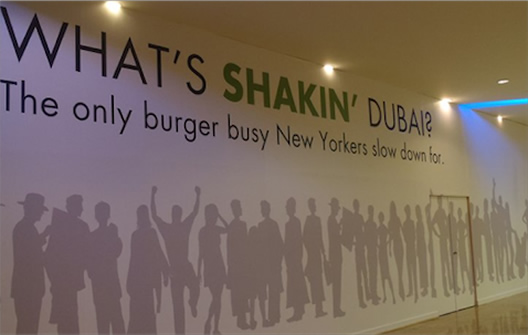 Cool design and meat-envy alone can't fuel these deals, though. With the move comes the burden of meeting new cultural and schematic food requirements of the market — namely, supplying beef that meets halal conventions in the desert. Typically, chains utilize beef imported from Australia, Brazil, or, occasionally, Europe.

According to Shake Shack COO Randy Garutti, ensuring the meat is halal has not been difficult, but ensuring the same quality of beef found in the American locations has been far more complex. "Local meat does not exist there," he said. "There's no way to raise cattle — it's still a desert at the end of the day. We have had to find alternative purveyors of meat in America to ship to the Middle East to make sure that the meat there is as close as possible to what we serve today." Butcher to the burger-stars Pat Lafrieda was even called in to consult with the new purveyors to make sure that the cuts and blend of meat were in keeping with his custom mix for stores in the United States.

Putting a Brand in Other Hands 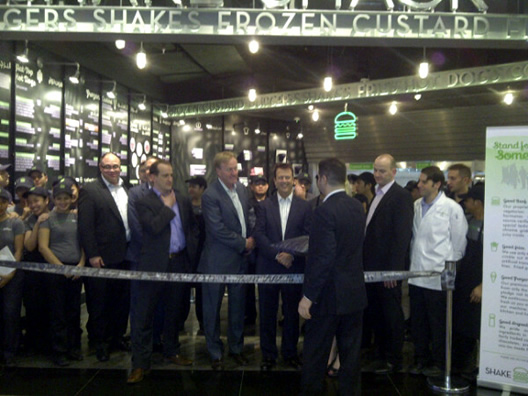 While clearly committed to taking Shake Shack's quality abroad, Danny Meyer's Union Square Hospitality Group does not actually own their locations in the Middle East. The notoriously-meticulous Shake Shack has handed over the reins to a local operating company, M.H. Alshaya, one of the largest retail operators in the region. Alshaya also runs Middle Eastern branches of Starbucks, P.F. Chang's China Bistro, and Pinkberry. Taking the brands abroad costs a pretty penny — especially to the Middle Eastern consumer. Garutti says that, on average, the chain's offerings cost 15-30 percent more in these locations than in America.

When Elevation Burger signed a six-unit franchising agreement in Bahrain and Kuwait with Burger Concepts WLL, some actually reported the expansion as part of a healthy food movement in Bahrain. Following on the heels of the country's first organic supermarket in January, the chain's signature "better-for-you menu" and better-for-the-planet operations certainly strike a chord with more conscientious consumers than most of the American fast-food exports to date.

To Have and to Hold: Committing to an Operating Company 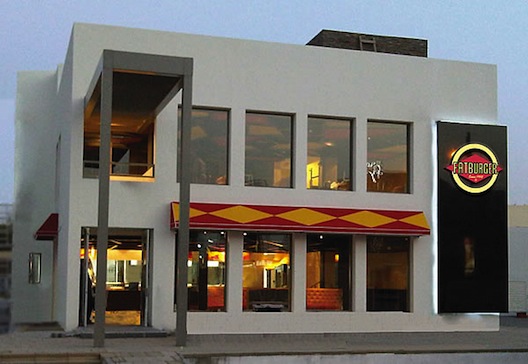 The Elevation Burger/Burger Concepts WLL deal marks another interesting trend in taking American food chains global: not being entirely sure what you're getting. Well, we do have some idea — the concepts are the same. Someone walks in, they get a burger, a milkshake utilizing premium ice cream brands, and olive oil-fried french fries — maybe even a cookie! But, at the end of the day, the people supplying those products are employees of a Middle Eastern operating company. In the case of Elevation Burger, little is actually known about the company, where they source their ingredients, or how they will perform. Burger Concepts WLL has only existed since the end of December and has no other discernible holdings at this time.

Smashburger execs are currently taking their time to recruit and negotiate with local operators to add their hamburger hat to the Middle East meal scene. According to Garutti, selecting a holding company in the region is critical to a chain's success in expanding abroad. After touring other chains operated by Alshaya, he reports that "some chains are even better operated there by the secondary company than I've seen in America." Without Shake Shack's partnership and the on-going performance of the holding company, they would not have pursued the new territories.

One thing is certain about food chain globalization: much like with Americans, there is no satiety in sight for Western food among Middle Easterners. "There are people flying in from Kuwait to go to our Dubai location," said Garutti. "There's a tremendous market here — and with the quality of our operators, there is remarkable potential for growth." And that makes for a land of immense opportunity for American companies willing to cede a little control in favor of big picture results.