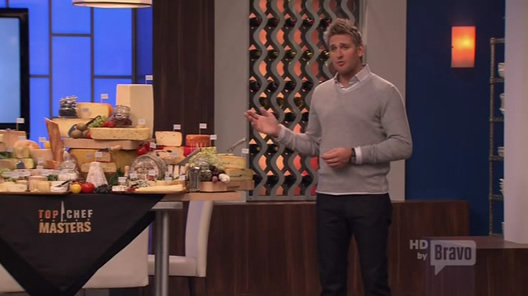 It was the best of times, it was the worst of times. When I say best, I mean the Grizzlies v. Spurs game. Then I had to watch this shit again. Curtis appears — as he has for the last three weeks — next to a table of product like it’s the Port of Miami. 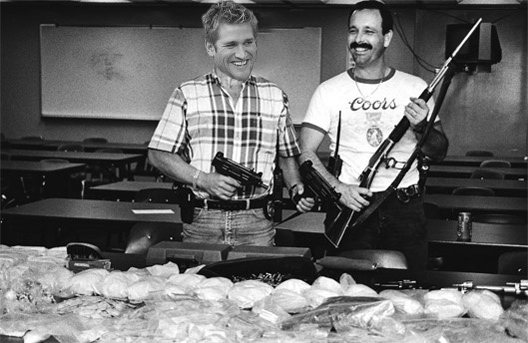 Unfortunately, it’s not custard, just a pile of stinky cheese. They get 12 minutes to make quickfire cheese dishes. Hugh says it takes him longer to shave. This guy tweeted me to stop making fun of his unibrow, now he’s doing it himself. 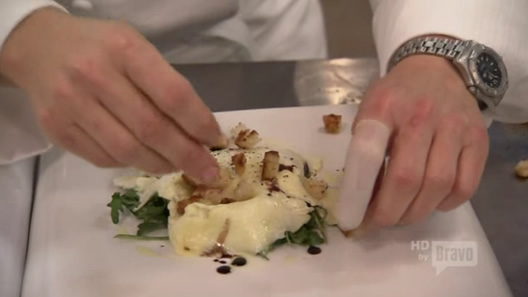 The funniest part of the quickfire is watching Naomi run through the kitchen: 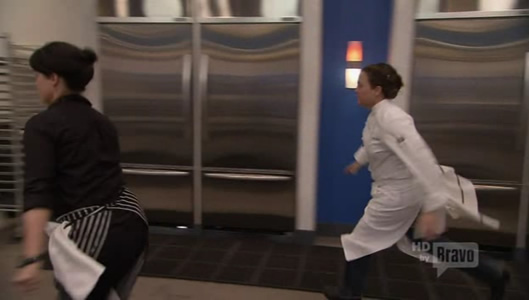 Mendes talks about going to Portugal with his parents bringing giant suitcases. I thought he was gonna tell us something awesome like he found a million dollars or a baby dinosaur in the suitcases, but instead tells us some lame story about looking for model cars. Model cars? Were you born in World War II? He-Man motherfucker. That’s what ungrateful little yuppie larvae played with!

He says he found suitcases of stinky cheese and that he became a chef because the smell was embedded in his head. That’s also why my homegirl works Legs & Eggs. She found the same smell at Perfections.

Pay attention. Tale of Two Indians Update: Floyd decides to shark bite Cafe Habana and makes Mexican Corn with cheese. Suvir makes cheese pakora and tells us his presentation is more Calvin Klein than Paul Smith. What does that mean Suvir? Your Cheese wants to touch Latrell Sprewell but doesn’t have purple lining? 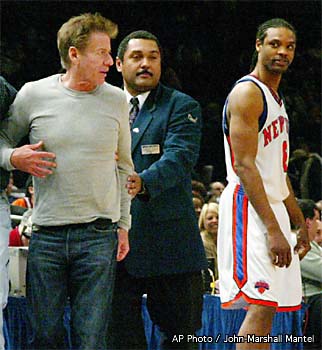 Mary Sue makes cheese empanadas. By far the most involved preparation I’ve ever seen in 12 minutes. Then again, if anyone could make empanadas in 12 minutes it’s the chick from Border Grill. 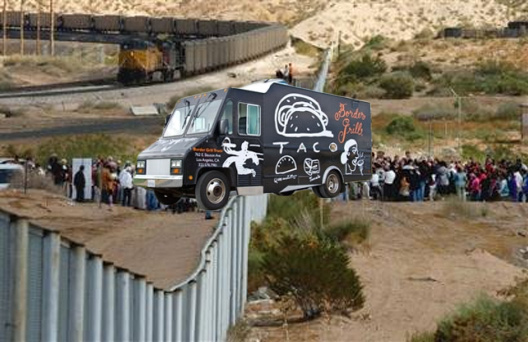 The judge is Norbert the Cheese Dork. He looks like Master Splinter, who coincidentally also loved cheese. 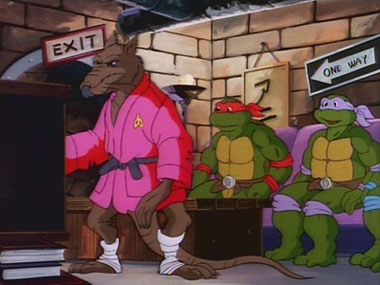 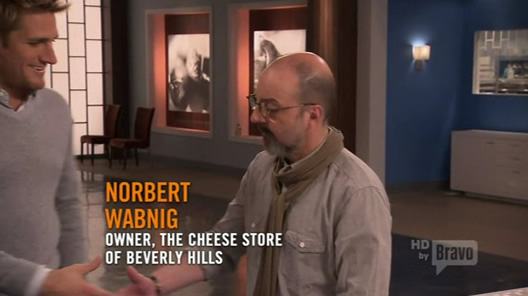 Splinter doesn’t like any dish where the other ingredients outshine the cheese so of course, he loves Traci’s dish which is three layers of cheese with prosciutto, arugula and croutons lost in the cheese. Splinter takes a few shots at Floyd’s Cafe Habana impersonation and he responds by saying “It’s authentic!” Floyd, I love you, and you are brown, but you can’t play the Mexican card. I’m pretty sure you need to actually be Mexican or a chihuahua to pull that one. It’s like a Chinaman saying “that’s an authentic tuna fish sandwich!” When I blatantly made kid robot toy food. 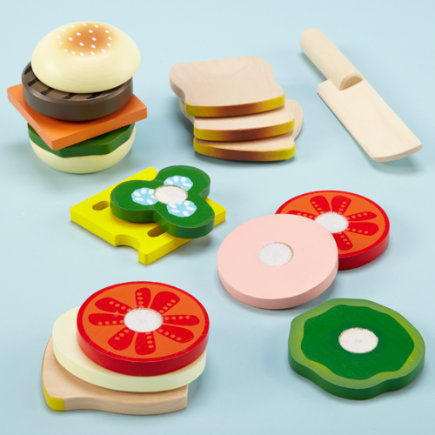 The next challenge was just unwatchable. The people from Biggest Loser show up. Alison Sweeney is flanked by some clowns wearing workout costumes. I’m guessing these are the same people at clubs in Orlando wearing whistles and referee outfits. 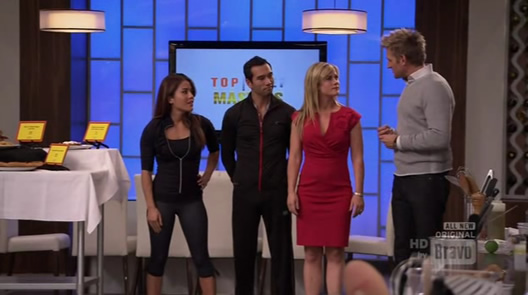 I can’t wait till Tom Brady is on the show and he shows up wearing a helmet and jock strap. But wait, if Giselle showed up with THIS, that would be pretty fucking awesome: 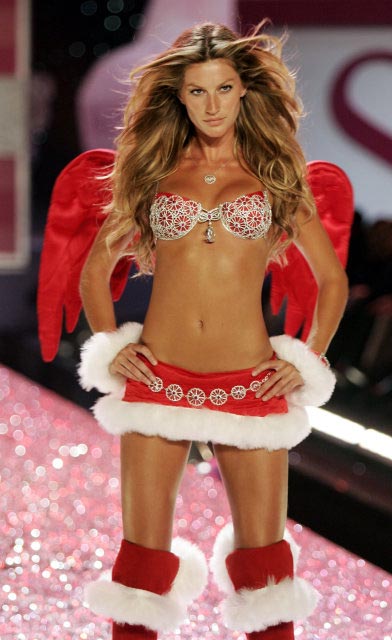 They pair the chefs with the fat peoples’ favorite dishes, then introduce them to the not-so-fat-anymore people. One guy busts out and introduces himself, “Hi, I’m roast beef.” I see the guy Floyd’s paired up with and I’m just waiting for him to say, “Hi, I’m sausage boobs.” Naomi gets a former Olympic champion, Rulan, who now looks like R2D2. 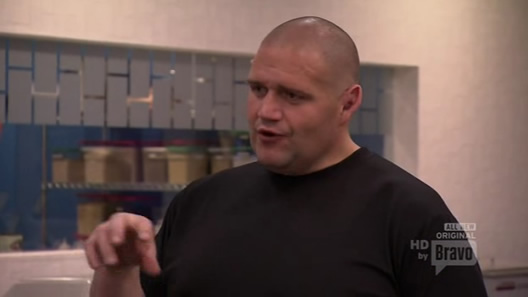 Alex gets Hanna who loves fried chicken and they make a personal connection because they were both fat once. This storyline sucks. I’m fat but I don’t want to be friends with any of these people. Especially not anyone who introduces themselves as Roast Beef.

Suvir gets the strangest contestant. The fat college party girl who says she studies at bars and “likes her beef.” 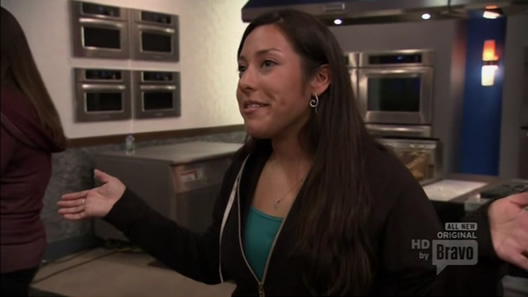 They show her before photo and she’s wearing a sports bra. Like, just a sports bra, with the rest of the entree leaking out. 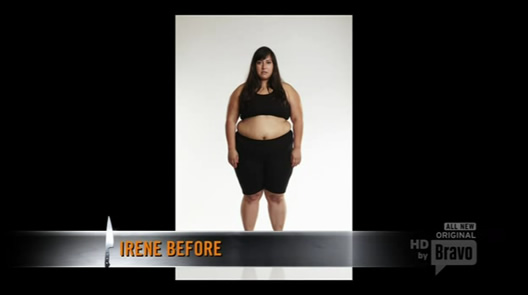 I’m really not trying to be mean but people need to be realistic. If you weigh over 300lbs, something needs to go over the sports bra. Like a shower curtain. 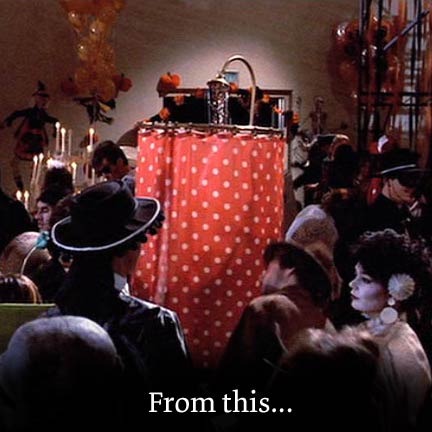 Floyd is so enamored by the fact that his contestant lives in the same town as him and might have crossed paths walking dogs. Is Floyd auditioning for Real Housewives with Mr. Sausage Boobs? Naomi is really honored to help Rulan’s lifestyle. Every one just LOVES their Biggest Loser contestants like they’re kids from the Make a Wish foundation. People, you’re not curing cancer, you’re feeding fat people. McDonald’s does this every day.

Traci wants to make egg rolls with rice paper and kelp noodles which I think is a perfectly fine idea. Hugh tries to be cute with his corny dad humor and says we should call the kelp noodles “really cool interesting noodles to them.” This isn’t an ESL class Hugh, being fat doesn’t affect your ability to speak English. They can figure out what kelp is. They all go to Whole Foods and of course the fitness trainers are in uniform in case Whole Foods wants them to do P90X demos in aisle 3.

Tio gets that Jesus freak Ezekiel bread with scriptures all over it. 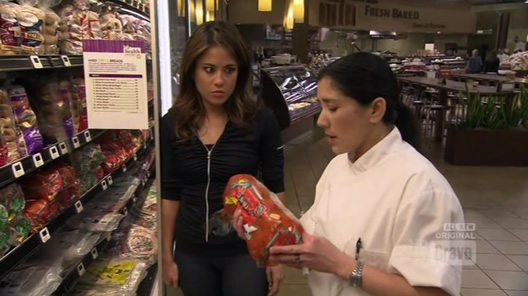 This is what all bread would look like if Chick-Fil-A ruled the world. Stop eating there. Tio is also excited about her charity harvesters. She says “you feed people, you nourish their bodies and nourish their souls.” 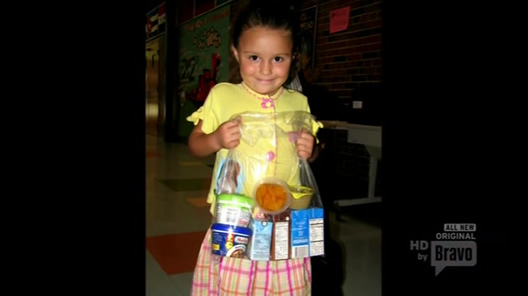 Really Celina? Tell me how anyone’s soul is nourished with fucking Hormel! That’s microwaveable dog food. P.S. how many cooking competitions can this woman lose on? I would not be surprised to see her on some crazy Japanese extreme cooking while running on water logs show next month.

Naomi has the ironic quote of the day: “I have no idea how we’re gonna pull this off when someone has to be constantly watching over us.” Oh, you mean how every one feels on the show when you put your strap on? “I caught the buffalo and cut their balls off.” says Floyd. 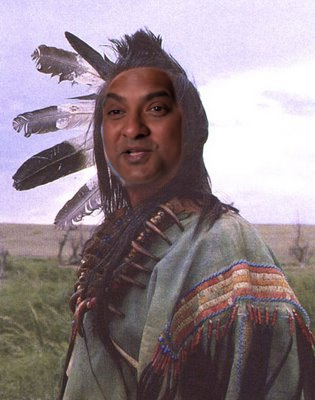 Hugh starts making steak and potatoes but it’s really not creative at all. He uses flank which is leaner, but then just makes the potato smaller by using fingerlings. Every one else is reinterpreting the dishes and Hugh just hits it with the stun gun and miniaturizes it. Pretty lame. Then, we see Suvir and his partner. It is the cutest photo I’ve seen in quite sometime. 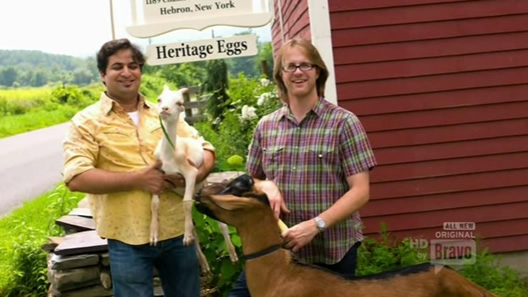 It looks like Paddington Bear and his Master leaving the barn. Good work guys.

Alan Sytsma is back! This time Baby Boy has 5 o’clock shadow. 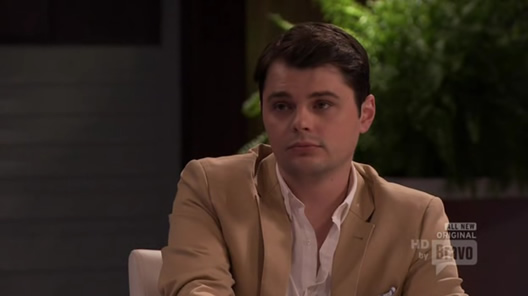 Good effort, but no one is fooled Alan. According to Glee’s website, you are still in high school at McKinley High. 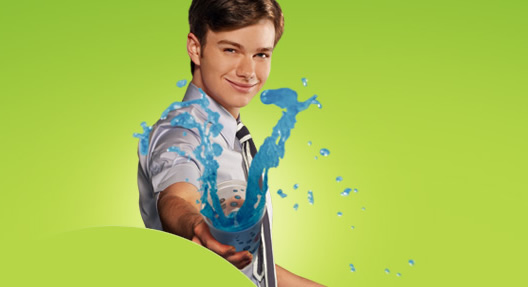 He tries Naomi’s dish: french toast. Sytsma digs deep in his bag of culinary analysis and pulls out a rabbit: “I thought it had that sweetness you’re looking for and I even liked the berries on top of it.” 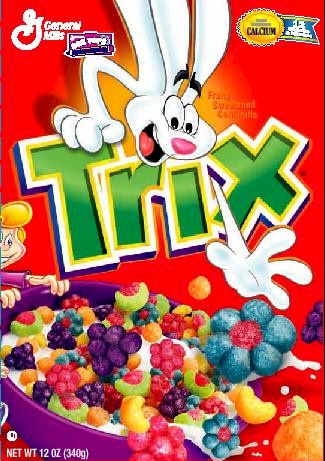 Awesome, this guy loves berries too. Next week, let’s replace Restaurant Girl with the Trix Rabbit.

Next is Mary Sue’s dish with sous-vide poached egg on hash browns. The host from the Biggest Loser doesn’t eat runny yolks or poached eggs. She looks really surprised but I don’t know if it’s cause of the eggs or her face lift. 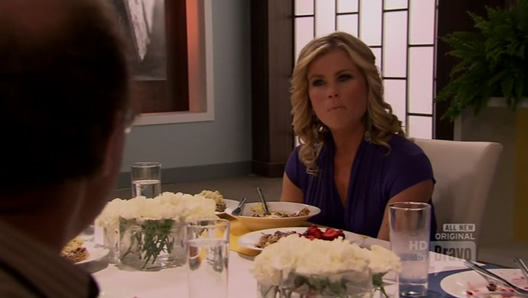 Really, Bravo, this is the worst challenge yet. These people have no business giving us their opinion about food, they don’t even eat runny eggs! This is Top Chef... If we want to watch a bunch of orange skinned housewives with no skills make low-cal 30 minute meals, we’d just watch Rachael Ray.

Then comes the hammer... Suvir is supposed to do a rendition of Bacon Cheeseburger for the party girl, but instead shows up with some greyish looking take on Mamoun’s Falafel Sandwich. It’s quite bad.

It doesn’t look good for Suvir, but he does give a fantastic monologue about red meat. Suvir is right in a way. When you die, there’s usually 6 to 7 lbs of undigested red meat just sitting in your system. Kinda nasty. Hugh follows Suvir with a flank steak dish and gets his panties in a bunch.

Hugh, this is what Suvir does. He rambles, he waxes poetic, but mostly he lisps and waxes unpoetically, but that’s Suvir and we love him. He’s harmless. There’s no need to chase him around the kitchen like the jock bullying the gay kid. Every one still loved your mini-steak and potatoes. He’s a vegetarian, that’s his opinion, it’s not personal.

Somehow, the three best cooks left on the show: Naomi, Floyd, George were on the winning team. Bravo should break them up next time. I love when Naomi cooks, I hate when Naomi talks. She says she almost cried for the guy losing 130 lbs. Why? I can’t wait till there’s a reality show called Biggest Child Supporter and Naomi cries when the baby daddy buys his kid some highlighters for school.

Floyd wins, 1 for India! I love it. He had a great dish, he’s been kicking ass for four weeks, well deserved. The thing I like about Floyd’s dishes is that there is depth, complexity, and a re-imagining. He took a meatball sub, kept the flavor profile, switched out the components as well as the vehicle (farro) for the flavors without going cliche with a deconstruction. It was big, apparently flavorful, and appealing to the eye. 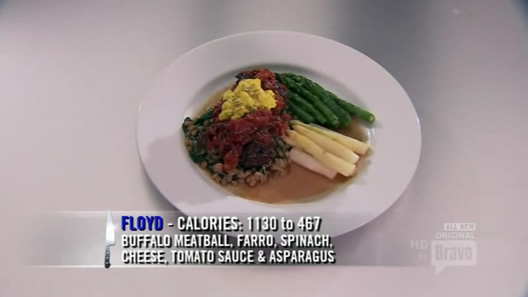 Suvir, Mary Sue, and Alex are on the block. Curtis Stone says you can’t compare the epidemic of obesity with the increase of meat intake. Really, Curtis Stone? Obviously there are other factors, but it is undeniable that our intake of read meat is exorbitant. This doesn’t mean I will slow my intake of Pat La Frieda Burgers, but facts are facts: 7lbs of undigested red meat poop, I rest my case.

Restaurant Girl, “Suvir was serving a lecture on a plate.” I wish you could do that much Restaurant Girl, but so far you’re averaging 15 to 16 worthless words an episode. Suvir is booted and Hugh just can’t help himself. DOWN GOES BROWN, DOWN GOES BROWN! He calls Suvir sinister, but every one knows Hugh is the bully. Don’t cry for me, India! -Suvir 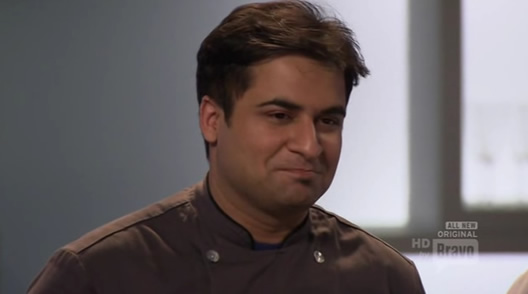 After all the talk about inspiring weight loss, the chefs are eating pate, cream cheese, and poppin’ bottles. I’m glad the charade is over and things are back to normal.