Today! Free Starbucks Coffee if You Bring a Reusable Mug

Share All sharing options for: Today! Free Starbucks Coffee if You Bring a Reusable Mug 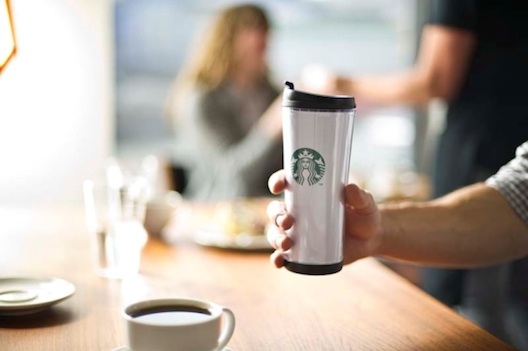 In honor of Earth Day, participating Starbucks will fill your reusable coffee mug with brewed coffee for free. You even have your choice of hot or iced! They ran the same promotion last year and saved over a million disposable cups.

So we wondered: Is it really that good for the environment? What's the carbon footprint of a cup of coffee, or a million free ones?

But it's also a million disposable cups, lids, and sleeves that aren't being thrown away, which is an ostensibly good thing. The coffee chain has additional initiatives in place to reduce their footprint. So, happy Earth Day, everyone!