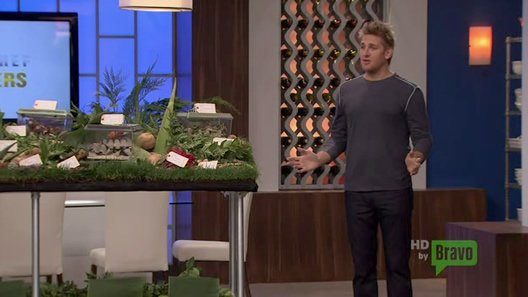 Just when you thought Top Chef couldn’t get more ridiculous and less about cheffing, we see a table full of wild grass, ferns, and unibrows. Hugh, I promise, that’s my last dance with Mary Jane. Happy 420.

Yes, Richard Fucking James, gimme some ganja! Top Chef should be having them cook with headband not anteater food. Mendes is smart. He decides if he’s going to cook bugs, he should take a page from poor people. I believe I saw an erectile dysfunction commercial that said, “If Curtis Stone tells you to cook w/ bugs, consult your neighborhood Hmong representative while he’s not out shooting deer or Clint Eastwood.” Mendes does just that and makes South East Asian Caterpillar Soup: 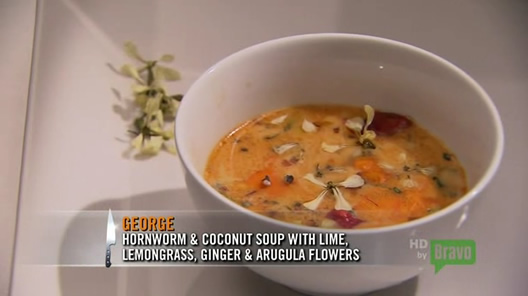 Currence goes Mortal Kombat and says “Come here!” like Scorpion. He used to stuff bugs in his brother’s mouth. WTF? I used to steal my brother’s fruit cocktail and threw him out of windows but stuffing bugs in his mouth? Pause! We see a photo of the pair and they look like baby CHiPs. 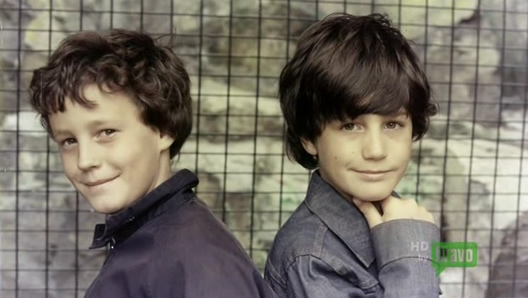 The “celebrity” judges are Ruth England and Mykel Hawke. Who the fuck are these people, Rebecca Black’s untalented parents? The original title for their show was Myke and Ruth Plus 8 Wild Jungle Children Who Eat Bugs. Ruth has the quote of the night: “I’ve really put some disgusting things in my mouth since I’ve been married to Mike and that’s kinda up there.” Yes, Namoi, your fried worms are on par with other disgusting things in her mouth like Mykel’s taint. 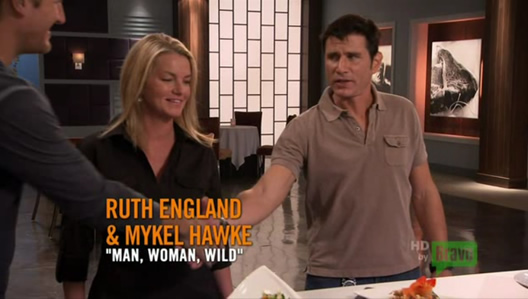 Curtis Stone asks, “How did this chef make a sunchoke puree in 30 minutes?” With boiled water and a Robot Coupe, asshole, that’s how. Suvir’s dish is my favorite. He serves a cooked salad of sorts with a jar of caterpillars. It’s the symbolism. He says, “Fuck you Top Chef. You want a Base God like me to cook with bugs? Cook them your God Damn self with your xyz-list ‘celebrities’.” I salute you, Suvir! SWAG. 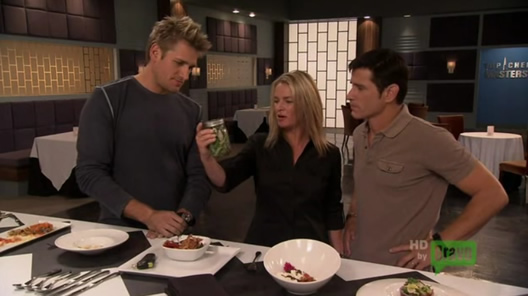 Currence makes Scorpion Eggs Benedict. Mowgli and his bride like. 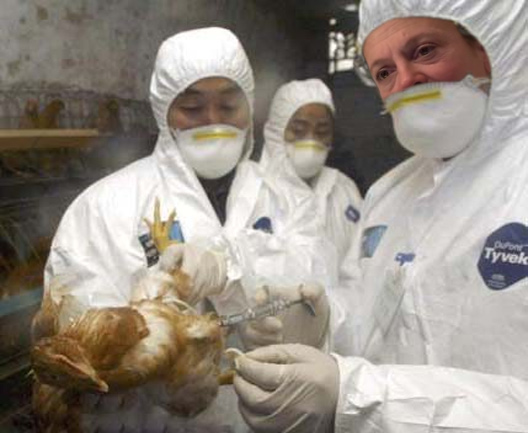 Floyd makes something I actually want to try omelet with bacon, amaranth, and worms... Okay, no, I still wouldn’t try that but I did love this book as a kid. 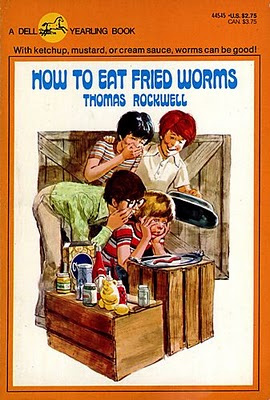 Classic shit. You know how we do. Mendes’ Hmong Worm Soup comes out and Mowgli hates it. Curtis: “I don’t think it’ll make it on my menu.” Really Curtis? A menu at what fucking imaginary restaurant that you don’t work at? How is Bravo passing this guy off on us as an expert. It’s LUDICROUS. Nowadays, all you have to do is be hot by Ruth Reichl standards and be able to pretend you have a restaurant with a straight face in front of the people from the show no one watches.

Hugh wins the Quickfire. I still don’t like him. He’s squirrely. They show his charity Wholesome Wave and the photo shows we’re still feeding the same pregnant chick in pink from episode one. Awesome. 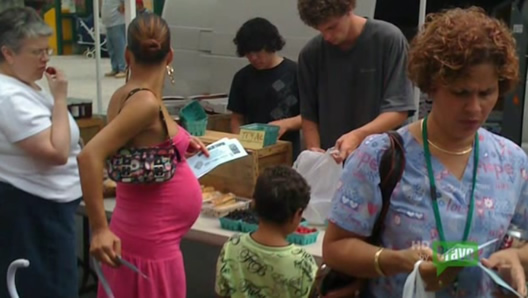 The next challenge is for them to do a ten-dish tasting. Easy enough, but then they say they only have three hours. It’s not so bad...

Naomi immediately “takes charge” again which means she orders every one around and does a simple dish that every one helps her with and Bravo loves it because viewers hate her and they want her on the show. You can’t fool a Chinaman... Unless you throw wontons on the floor and then flick him in the nose. Shit gets me every time.

Alex Stratta speaks up about her “leadership” in the interview, but dude, you’re a grown ass man, flush Naomi’s face in the toilet, feed her Xanax, and send her back to Portland in an artisanal limited imported organic sustainable free-trade handbasket from Hell made by the one poor african child that God accidentally sent to Hell instead of Angelina Jolie. Beat that Portland Street Fair! Artisanal Hand Baskets from Hell made by African Kids BITCHEEEEEESSSS! I’m so fucking future right now. 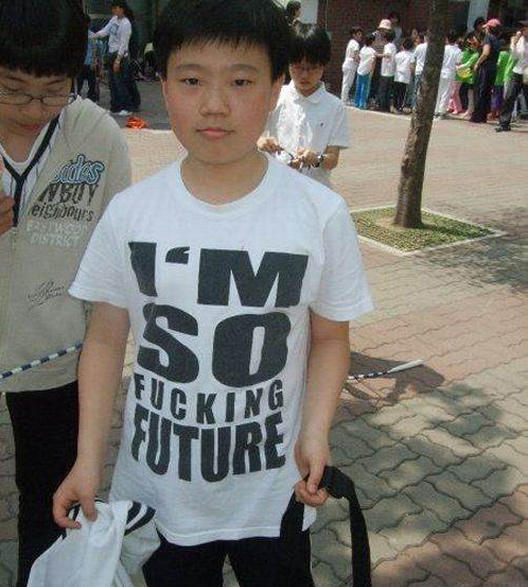 Celina starts making pudding and gives my boy Suvir a taste. He’s really settled into his role as the Indian Bill Cosby.

Then the water goes off... Really? If I wanted to watch a show about plumbing, I’d pop in my Super Mario Bros Super Show DVD. I have the box set. Brooklyn Shit. Suvir does a drop for Zen Hinduism and brothas with shiny shoes. “A kitchen is therapeutic, calming, and it’s magic.”

On cue, Curtis Stone then comes back in and says service will start 30 minutes earlier than planned. Next week, tune in to watch chefs compete vicariously through guiding blind cooks in the kitchen.

And here comes Naomi with a seating chart... We’ve seen this and it’s not fun. Hugh decides all of a sudden that he’s a leader and tells Bravo about it. Really? You’re SURROUNDED by renowned chefs, I’m pretty sure they’re all leaders too Lumbergh. Curtis Stone comes back yet again... “Waiters will not be coming tonight and service is up to you.” We are also going to make you cook with bound feet for the rest of the show in full Chinese Oprah Makeup because that’s fucking good television! A commercial for topchefuniversity.com an online cooking school appears which further cements the legitimacy of this fine competition. When we come back from commercial someone finally sticks up to Naomi and it’s Traci! You go girl.

This week’s celebrity judge is Alan Sytsma. More really famous people. I mean, he’s no Raphael Brion but babyface has teen magazine cover boy written all over him. The chef who serves him a Happy Meal will win. According to Celina Tio, "He just really understands food and knows flavor combinations and is just so knowledgeable about it all."

Suvir continues to KILL it with the interviews. He is sweating, his heart is bleeding emotion, he’s dropping knowledge, if someone finds glow sticks in the pantry give them to Suvir because he dropped two hours ago and is about to BLOW UP. 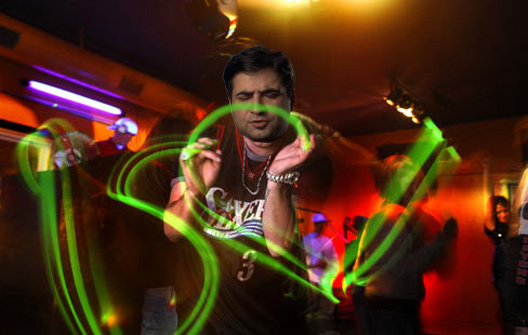 Suvir would put on the greatest light show Bravo has ever seen. I want to see what people in India think about Suvir. It’s probably the same way Taiwan felt when they traded me for rotten cabbage and a Pokemon energy card. Oseland picks on Suvir for making an excellent dish that’s too far in his comfort zone. I don’t agree. It’s very “New American” to purposely use ingredients or techniques you’re not familiar with and then pass the cost onto your customers with $30 entrees because you don’t even know which purveyors to use for that particular cuisine. Do you, Suvir! I’d rather eat something someone has a mastery of than a New American Experiment.

Note: Three dishes into the judging and Restaurant Girl hasn’t said shit. She’s really not hot enough to be this stupid. I mean, we already have one beautiful dumbass in Curtis. I say we get Josh Ozersky some fake tits and put him on the show. Mr. Cutlets would fucking kill it.

Another pattern: Three episodes in a row, there’s a shot of Mendes bugging out on people in the kitchen. I love it. If I could go on a rager with anyone on Top Chef besides Christina Hendricks, it would be Mendes. His shrimp come out and they look dope. Oseland’s also having a good episode, identifying intricacies, not getting overly excited or positive, making sure to point out the misfires. Not bad for a strange guy who otherwise seems like a potential serial killer or cannibal.

Naomi does celery veloute. Every one recognizes it’s a simple dish. The chefs, the judges, even Restaurant Girl, who likes it. Boy wonder reserves judgment and Oseland is quiet. I’m praying it tastes like fermented goat’s nuts, please send her home! Currence, bursts into the dining room in a rush, huffing and puffing like he just threw a milkshake in the walk-in. He serves a risotto that seems simple but possibly not interesting enough to the judges. I’m worried. Sytsma makes a great technical catch. You eat risotto for texture as much as the flavor and by adding pine nuts, you muffle the texture a bit.

Hugh and Naomi, both seemingly the peasants of the group, decide to have a cat fight. Why is it always the peons? Celina tells a story about how the worst night at Cafe Camp Anawana was when both restrooms broke. That’s nothing. When customers need to piss or employees need to drop a deuce, we send them to Schiller’s and everything is fine. Love Schiller’s. And out of left field, TRACI IS COOKING! Steak at that. She serves it with a slow cooked broccoli that Young Sytsma doesn’t enjoy. Daddy Oseland gives him a spanking, identifying the virtues of that slow-roasted broccoli. This is when it happens people. These are the moments... Sytsma almost cries and you can see the young Anakin Skywalker go Darth Vader.

Hugh tries to work the room with his non-existent charm and it’s wack. Oseland feels me, “He’s practically Liberace there!” As everyone is having fun, Anakin broods and plots his take over of the Galaxy. Restaurant Girl then asks something retarded about chili hairs and the real food writers ignore her. Curtis and her should have a child and Food Network could give said mistake baby a show: Dumbest Cook in America.

Celina makes a pudding she’s hoping people would pay $100 for. That’s the joke. I have nothing else. 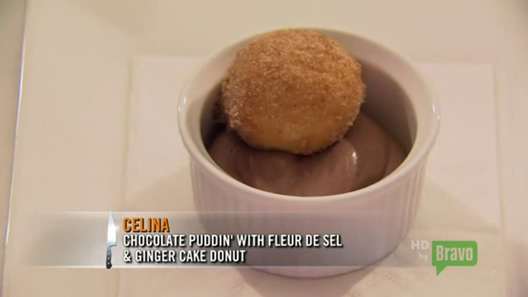 Suvir and Naomi have the two best dishes. Naomi wins the challenge and I still wouldn’t spend a dime at her restaurant cause I want her to starve.

Mary Sue, Currence, and Tio are on the chopping block. Mary Sue made a bland ceviche, nothing overly offensive. Currence made a quote “excellently made classic risotto” but Restaurant Girl tries to give him a lesson in standing out. Killa says “go get your wet wipes Restaurant Girl.”

I frequently go to Frankies 17 on Clinton. Everytime, I get the Cavatelli w/ plain red sauce and a side of broccoli rabe. Each time, I leave the joint saying “that’s the best cavatelli in the city.” Simple, classic, perfect. Every one knows Scarpetta for the spaghetti. No shame in classic. Some chefs spend their time pushing the envelope and doing the new, others perfect the old. I think neither is more important or more difficult than the other.

Oseland then makes a great point. The chefs should be “making an impression from beginning to middle to end.” I agree, but two points: Don’t pick on them for doing “excellent” classics. Instead, pick on the culinary producer of the show who is trying to create entertainment and drama by turning the water off and making chefs waiters. If you want them to impress and shine, then give them the tools. Shit, the Clipse couldn’t cook with that bullshit rat poison cocoa powder you gave Celina Tio. More pyrex.

Currence gets cut and it’s bullshit. Just like last week, they cut the person with the better tasting dish. I also find it curious, you said it was excellent, Suvir and Naomi also have dishes that are either in their comfort zone or simple, but they’re in the winner’s circle? 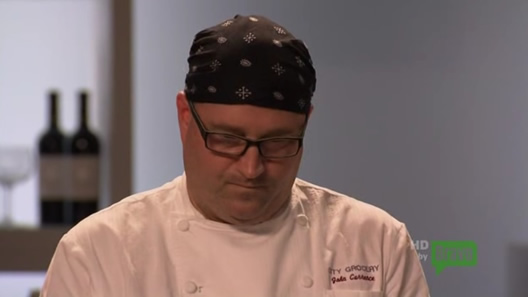 Ironically, this is “classic” reality TV. Cut the guy who actually does the shit well and keep the drama queens. Currence goes out like Musafa. Fuck you Restaurant Girl.